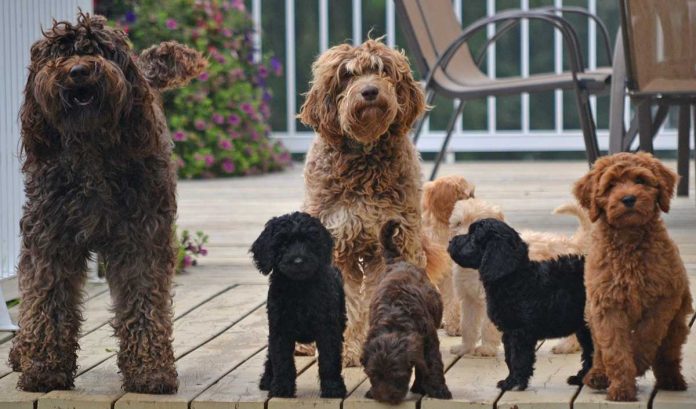 The term “designer dog breeds” appeared at the turn of the 20th century, and representatives of this trend of dogs are gaining more and more popularity. The main feature of designer dog breeds is the combination of the best qualities of their parents, who belong to different breeds. In addition, designer dog breeds are mostly hypoallergenic, solving the issue of introducing animals in people with allergic reactions.

Unusual dogs began to be bred back in the 50s of the 20th century at the court of Elizabeth II in England. At that time, dachshund and corgi were used as the initial “material”. The result of their crossing was an unusual puppy named “dorgi”. In the 60s, the selector experiment continued. Cynologists decided to cross spaniels and poodles, having received a funny and pretty animal – Cockapoo.

More active experimentation and breeding of new breeds continued at the end of the 20th century. Designer dogs were obtained by breeding two or more different breeds. At the same time, the most attractive puppies with the best set of qualities were selected from the litter for further breeding.

Designer dog breeds – why are they bred?

Metis have many advantages over purebred breeds:

Despite their popularity, designer dog breeds are not officially recognized. Even if their parents are registered, the resulting offspring will remain undocumented. A different result can be achieved only if you breed a new breed for a long time. As a result, he will have kennels and breed clubs.

Many designer dogs have some pretty funny names that combine the traits of their parents’ breeds. The result is funny words. A similar tradition originates from Elizabeth II. Beginning in 2006, selectors began giving unique puppies more original names that were not related to their parents.

Designer dogs: what breeds are there?

Today the number of extraordinary breeds is growing every year. The main representatives of the design direction include the following dogs:

Westiepoo is a breed obtained by crossing a toy poodle and a West Highland White Terrier. For the first time, the Westiepoo was bred in the United States, it is compact in size, the body height exceeds its length.

He has a wavy soft coat, practically does not shed. The classic color is white. Less common are brown, black and beige puppies;

Goldendoodle is a breed obtained by crossing a poodle and a golden retriever. The pet is in good health, practically does not shed. The breed has two sizes – miniature and classic. The dog’s body is proportional. The most common colors are cream, red, apricot;

Cavapoo (Cavoodle) – a mixture of a poodle and a Cavalier King Charles Spaniel. The breed is very obedient, ideally suited for the role of an apartment dweller. These dogs have a miniature size, thick fur. The colors of the breed can be very diverse. The most appreciated are monochromatic pets;

Cockapoo is a mixture of a cocker spaniel and a poodle. Dogs are held in high esteem due to their friendly nature and minimal shedding tendency. The animals are very human-oriented and will become reliable nannies. They show love even for other pets in the house;

Labradoodle is a breed bred by crossing a poodle and a Labrador retriever. The animal is quick to learn, loyal and cheerful disposition. The health of the Labradoodle breed is practically not vulnerable, the weak point is the eyes, which are prone to various diseases;

Lurcher – crossing of one or more Sighthound (Greyhound, Deerhound, Saluki or Whippet) with terriers or herding breeds. The most popular mix is ​​a greyhound and collie hybrid. Quite a large breed, with an outstanding coat. Today dogs are bred as domestic dogs, but they have retained their hunting instincts;

Maltipoo – a poodle and a Maltese lapdog were taken as the basis for selection. Puppies are very smart from the early months of life, quickly learn commands, have an incredibly cheerful disposition. In most cases, Maltipoo dogs are miniature in size, although there are also larger individuals. The color of the pet can be any, although the most common are light individuals;

Morkie – a mixture of a Yorkshire terrier and a Maltese. Miniature breed of various colors. Funny dogs and very playful and energetic. They have a soft and pliable character. They have an impressive life expectancy – up to 16 years;

Pugapoo – a mixture of pug and poodle, having a miniature size and extremely funny look. The classic color is fawn, although other colors are also found. The breed is very friendly and has a developed mind. With a frivolous approach to education, the dog can be wayward and stubborn;

Pomchi is an interesting breed, obtained by crossing a Chihuahua and a Pomeranian. Differs in miniature size and funny exterior. The color and length of the breed’s coat may vary. The character of the Pomchi is affectionate and gentle. They can rightly be called tame. At the same time, they can behave quite independently, easily “letting go” the owner to work, for example;

Rottle (Rottie-poo) is a breed bred by crossing a Rottweiler and a Poodle. The Rottle is a medium-sized dog with a thick coat that curls in neat curls like a poodle. These dogs have a developed mind, while they are extremely obedient and quickly learn commands. Dogs do not have a characteristic odor and practically do not shed.

Double Doodle is a breed, a cross between a poodle, a golden retriever and a Labrador retriever.