Ben Franklin, a golden retriever of therapy from the Franklin Police Department in Massachusetts, launched a hilarious internal investigation after officers noticed that the donated toys, they kept at the police station began to disappear. These were donations from neighbors who seemed to disappear from the room where they had been carefully placed. 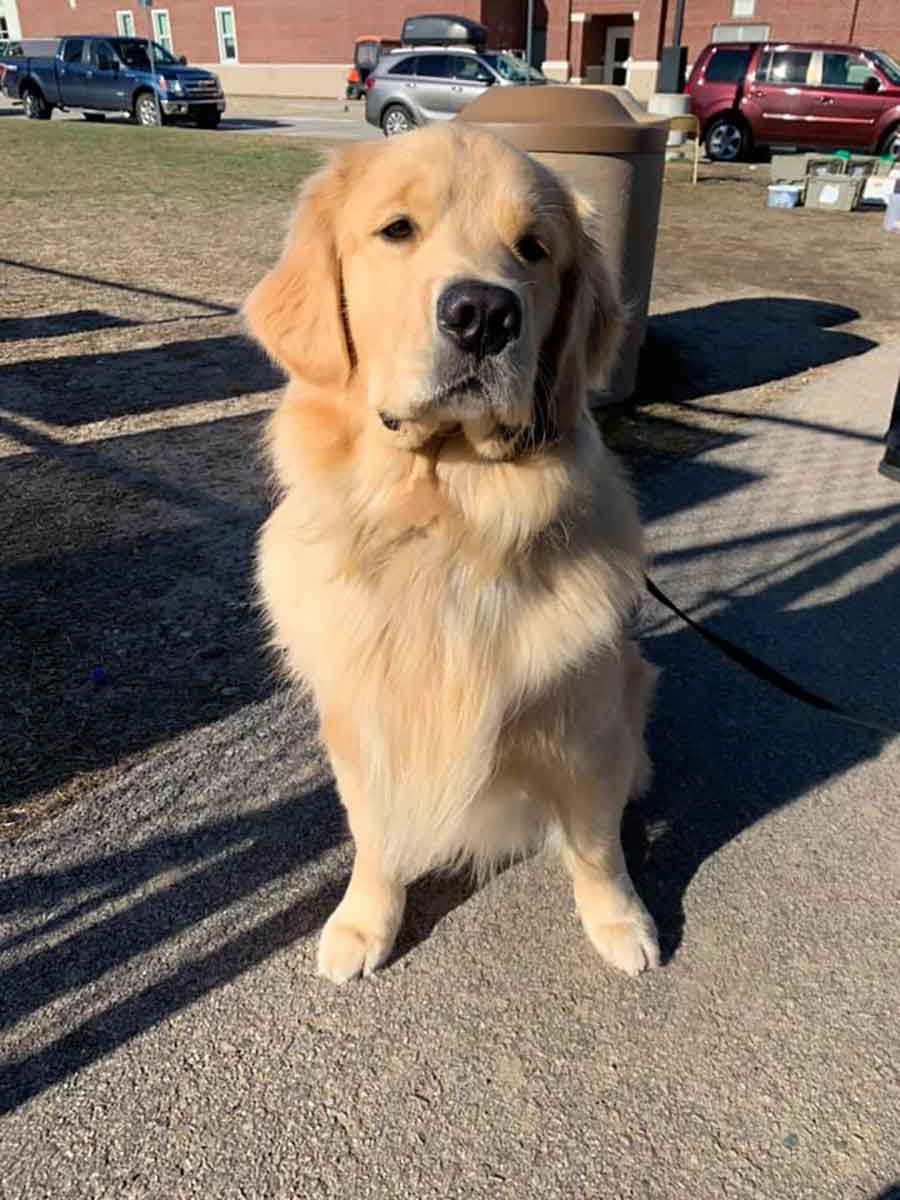 An officer who worked at night noticed something strange in the movements of Ben Franklin, the golden retriever who collaborates in the therapies of the department. He walked from one side of the desk to the room which houses many donated toys, intended to be Christmas gifts.

The officer pulled out his phone and started recording when the dog left the room with a doll in a basket. It was then that the officer realized that he was guilty of the disappearance of the toys. 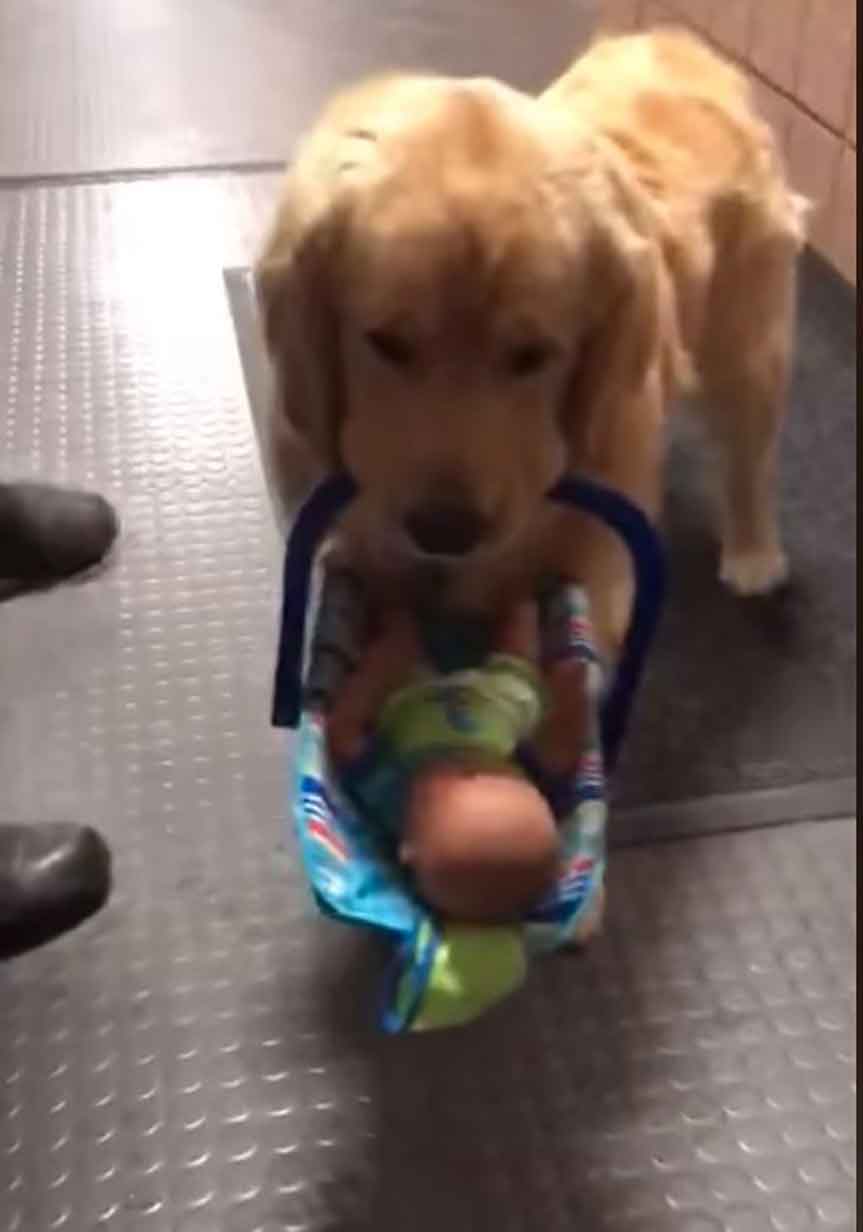 “When Ben realizes they are following him, he accelerates a little,” said Brian Johnson, communications officer for the Franklin Police Department in Massachusetts, in an interview. 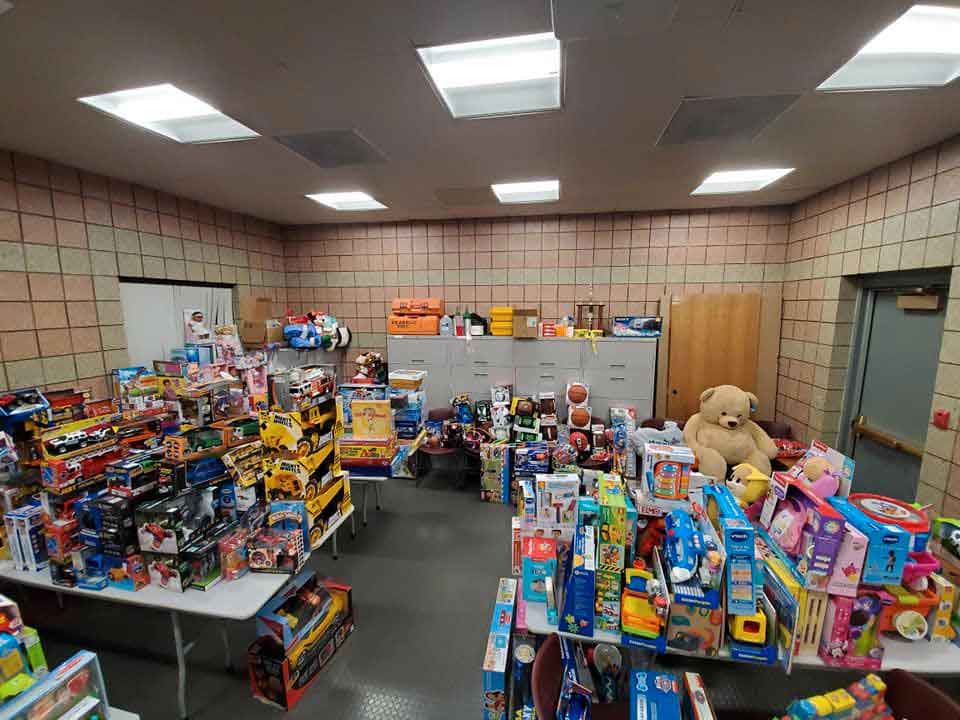 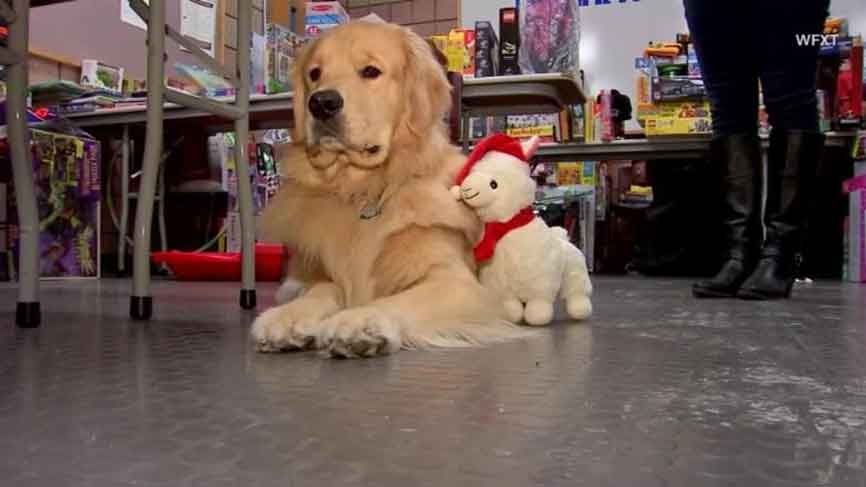 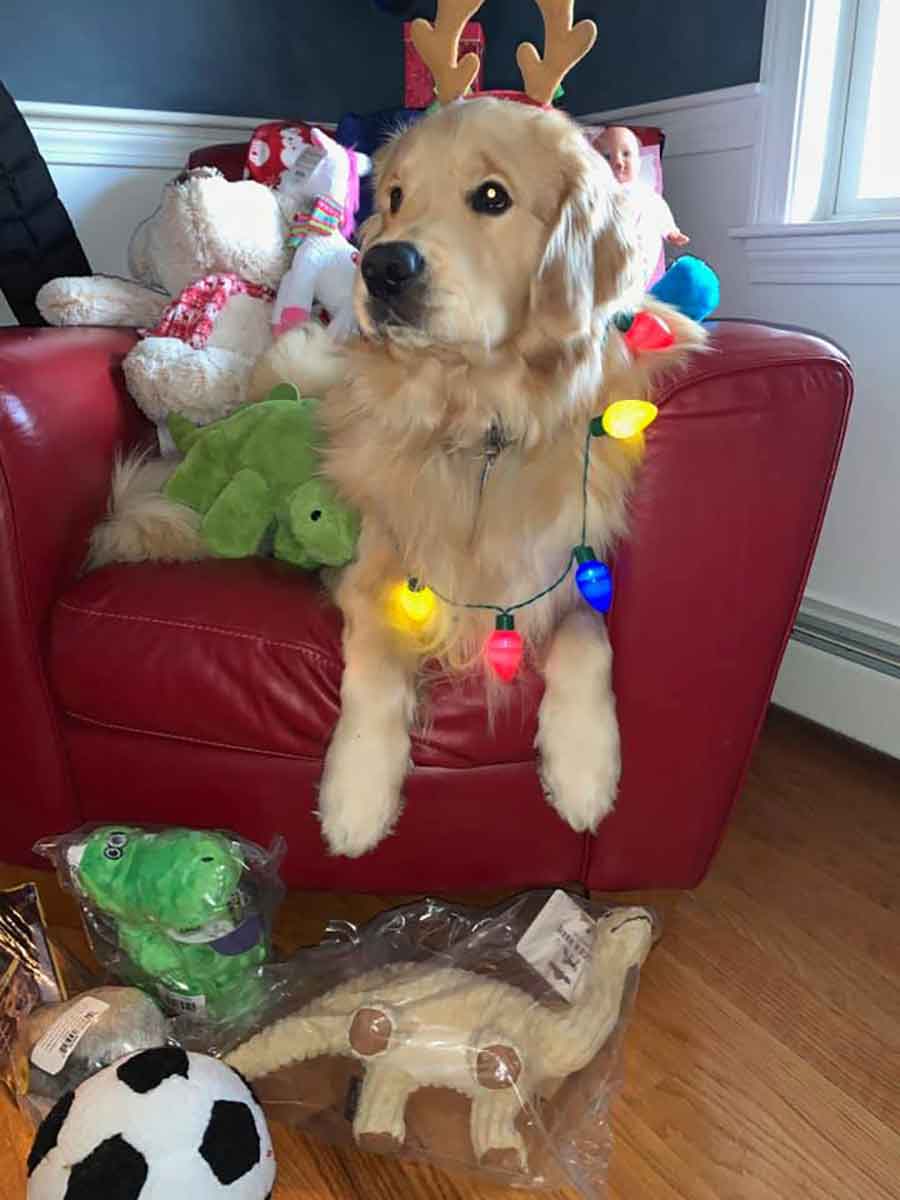 The video starring the dog went viral immediately. Johnson says Ben took several toys and hid them in his “den,” including a stuffed llama, a penguin, and a doll, as shown in the video.

The policeman assured that Ben is a good “boy”, whose main job is to comfort people. His “job” is mainly to visit schools to spend time with children in crisis.