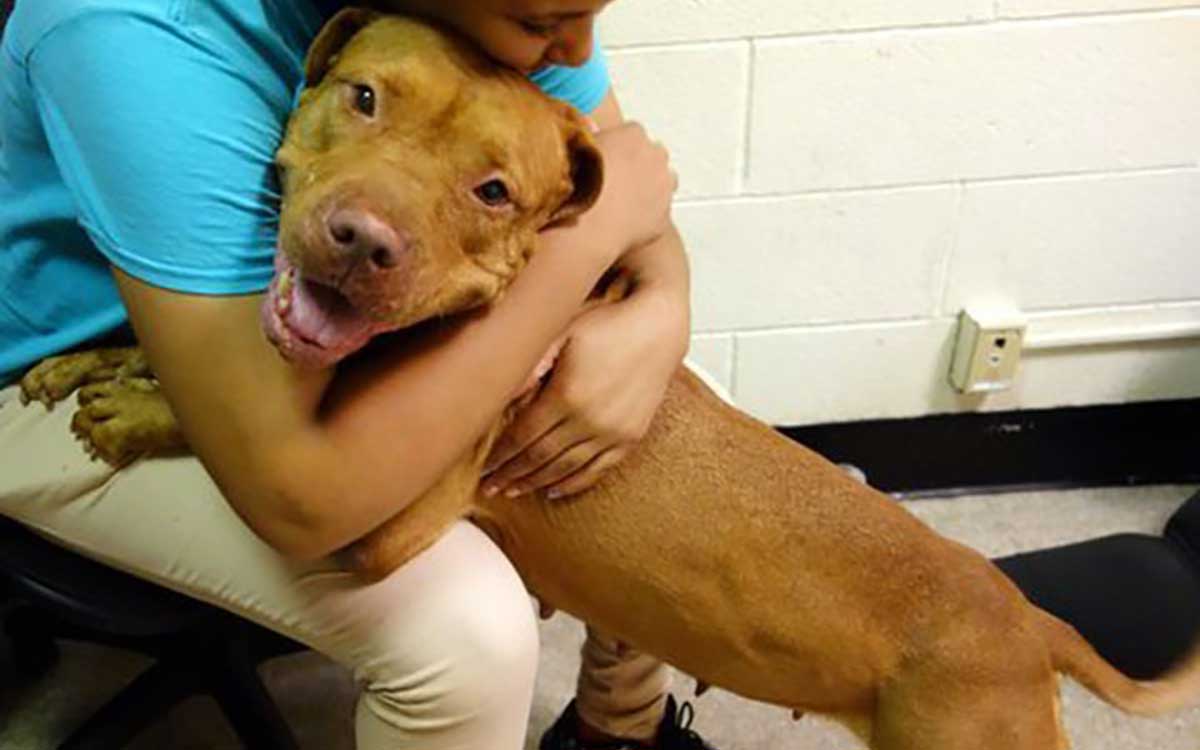 Clover was abandoned by her old family in a shelter because she got “too big.” She was on the euthanasia list 4 times but an angel saved her and she now hopes to find a forever home.

This was the explanation given to shelter workers when a person decided to abandon their 5-year-old dog at the Animal Care Center (ACC) in New York in July. The dog named Clover had lived with her family for many years, apparently getting along with everyone in the house, which included adults, young children, and babies. But one day they simply decided to leave her in that shelter where she was possibly going to die and her excuse was that the dog became “very big.”

Clover had also lived with another dog, who was her daughter. But when the family decided that her house had become too crowded, Clover was the first to leave.

Clover was abandoned by her family because she got “too big.”

At first, when she entered the shelter, she was good. But let’s be honest. A shelter is a very, very scary place. There are a lot of dogs there. It’s loud, it’s scary, it’s unknown. Clover was a family dog, so obviously she was very shocked.

It didn’t take long for the stressful atmosphere of the shelter to invade Clover. Her behavior began to change, especially when she interacted with other dogs, although she was always loving and affectionate with people.

She was very bad at the shelter. Her demeanor was deteriorating. She was aggressive in cages, and they couldn’t put her in a play group with other dogs. She was giving him shelter very hard, and they just wanted her to come out.

This was enough to put Clover on the euthanasia list, not once, but four different times. Stacey doesn’t think Clover would be here today if someone hadn’t recognized her sweet side of her.

Someone there was her guardian angel. She was very kind and warm, and her staff really took us to her.

By the time Clover had been saved from euthanasia for the fourth time, Rescue Dogs Rock NYC had found the perfect foster home for her in Upstate New York, where she is living until she finds a forever family.

The foster parent was sure that he could help Clover, and he was telling the truth, because if you look at those photos, she looks amazing. It’s a miracle. She is incredibly well.

If you are interested in giving Clover the safe and loving home she deserves, you can contact Rescue Dogs Rock NYC. You can also help the organization save more dogs like Clover by making a donation here.