Activists Save Animals From A Lab In Madrid 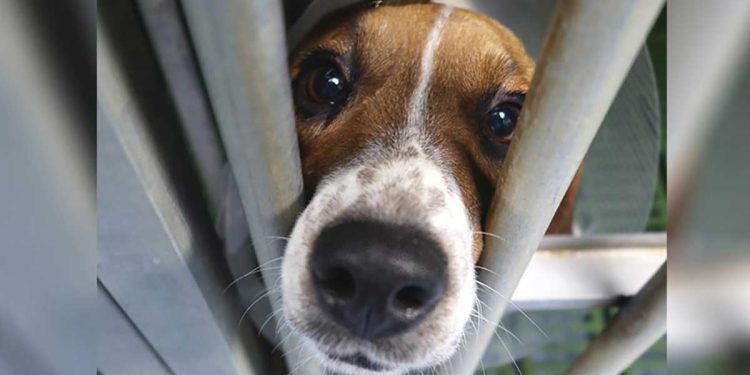 A large number of activists came together and rescued the animals from a lab in Madrid, Spain, where they were abused.

An investigation by the NGO Cruelty Free International reveals the extreme suffering and cruelty endured by animals in laboratories around the world. What was discovered after the video was released at Vivotecnia, a biotech lab at Tres Cantos in Madrid, Spain, reflects serious and unfortunate signs of animal abuse.

Vivotecnia is a laboratory where they experiment with rodents, rabbits, pigs, monkeys and dogs as test means in the manufacture of drugs, vaccines or pharmaceutical products for human beings. The lab is accused of animal abuse for subjecting animals to constant physical and verbal abuse with signs of suffering; added to the practice of experiments without the use of anesthesia before.

Thanks to the coverage and dissemination of these tests and videos, the General Directorate for Animal Rights decreed the immediate closure of the Madrid laboratory. From now on, the animals will be transferred to protection entities and sanctuaries over the next few days.

The director of scientific and regulatory affairs for the NGO Cruelty Free International, Dr Katy Taylor, said on her website:

This video once again shows the dark side of regulatory animal toxicity testing. We discovered a horrible mix of suffering and cruelty in the way animals are housed, handled and mistreated during toxicity testing, as well as countless violations of Spanish and EU law. It is unthinkable for this to happen in Europe.

Thanks to the complaint filed by Cruelty Free International, a group of activists, led by Ismael López, founder of the Gaia Sanctuary, obtained the release of these animals used for experimental tests in the Vivotecnia laboratory in Madrid.

We did it!! Together we saved animals. Sergio García Torres of the Directorate General for Animal Rights contacted Ismael López Dobarganes and informed him of the following: Inside the laboratories, he there is a vet to ensure there is no evidence shedding and from Monday the animals will be moved.

Thus, thanks to all these efforts, finally the animals considered as farm animals will be transferred to the various sanctuaries, including the Gaia Sanctuary Foundation. In addition, the Rainfer Primate Rescue Center will take care of the primates and the Animal Protection Center run by FAPAM will receive the pets.

Sergio Torres, director general of animal rights in the current Spanish government, intervened in a timely manner and showed his support for the actions carried out by the activists. In addition, he announced on his Twitter account the closure of the laboratory and the timely transfer of the animals to the various protection centers.

Some of the images particularly shock me because they go directly against the company’s written protocols that all personnel involved must know and follow. They clearly do not represent respect for the experimental animal and avoidance of all possible damage and stress that we have tried to instill since the beginning of Vivotecnia.

Fortunately, and thanks to the intervention of the various animal protection entities, this case obtained the necessary media coverage to ensure that the appropriate measures were taken to save the lives of these defenseless animals.

The Community of Madrid has temporarily suspended the investigative activity of the Vivotecnia laboratory after the discovery of signs of animal abuse after an inspection.

In addition, a petition has been launched on Change.org which has already collected more than 270,000 signatures so far, asking the Community of Madrid to withdraw Vivotecnia’s license and permanently close its facilities in the capital.