This Cat Makes Faces And Makes Everyone Laugh 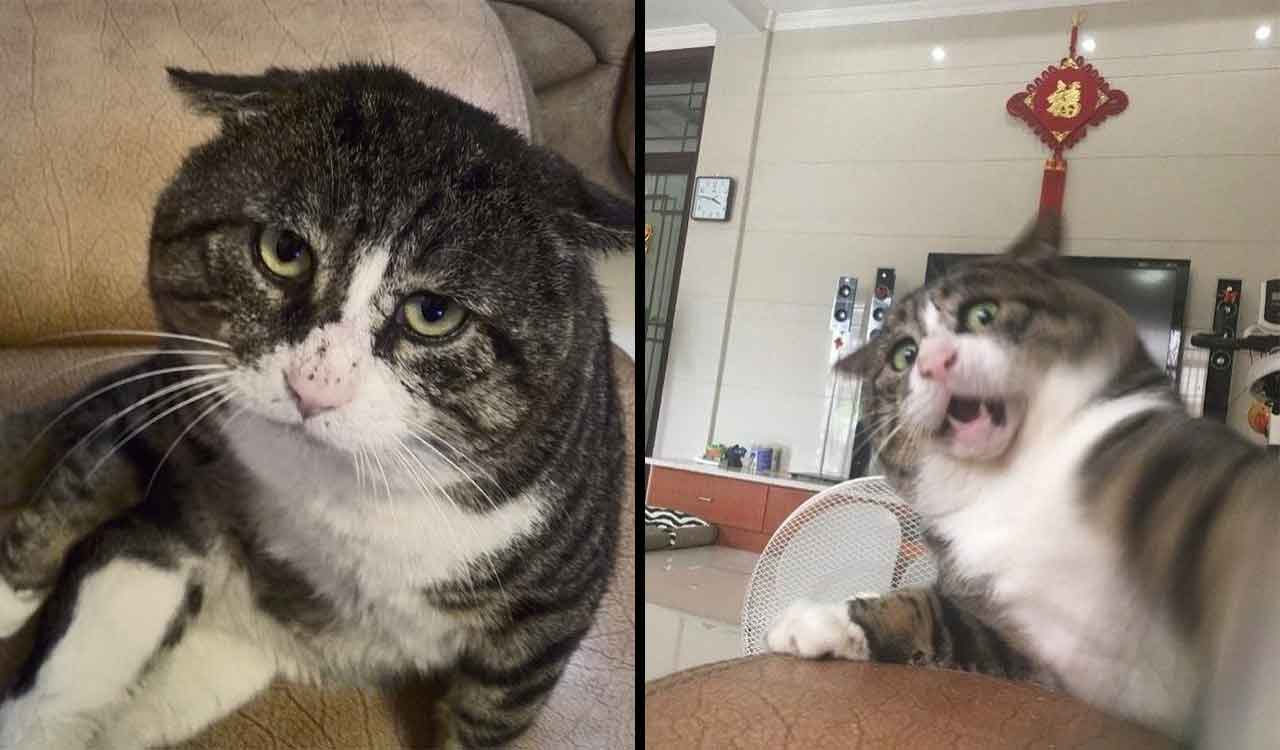 Let’s be honest: the main function of the internet is being able to see funny pictures of cute kittens. So, in order for a feline to stand out from all the others, there must be something extraordinary about it.

This one is Ah Fei, a tabby from Jiangsu, China. Normally, Ah Fei likes to sleep and receive affection from his owner Tang Chang. He loves the sweet life of an ordinary cat.

Ah Fei, conquered the internet with his incredibly hilarious and dramatic expressions. Saved from the streets by his owner, Ah Fei – which means “fat” in Mandarin – is docile, lazy and loves to eat.

He was rescued from the streets by Tang Chang, who sells cookies at a fair in Nanjing, a Chinese province of eighty million people.

Laziness aside, Ah Fei therefore reacts to what is going on around him, reacting (even too much) to the sticks that come close to his face or when food is taken away from him, for example.

In Mandarin, “Ah Fei” means “plump” – something that reflects the physique of the feline well.

Its owner says Ah Fei is rather “gentle and affable”, but also lazy and gluttonous. When stimulated by Chang, that is, when he brings food to the cat, he becomes hyperactive and over-excited. This is when some hilarious photographs are taken.

Those who don’t know it may end up worrying at first.

He has no problem showing his displeasure to the world.

However, Ah Fei calms down as quickly as he reacts to things.

His facial expressions elicit a lot of laughter and fans.

And he seems to like the attention a lot. Maybe he’s doing all this drama on purpose.

People all over the world have fallen in love with the Ah Fei cat. Even though he does seem a little cranky at times, we’re sure he’s pretty happy with his life, with a woman who loves him very much and a comfortable place to call home.