The Man Who Lost It All In A Fire, Except His Kindness 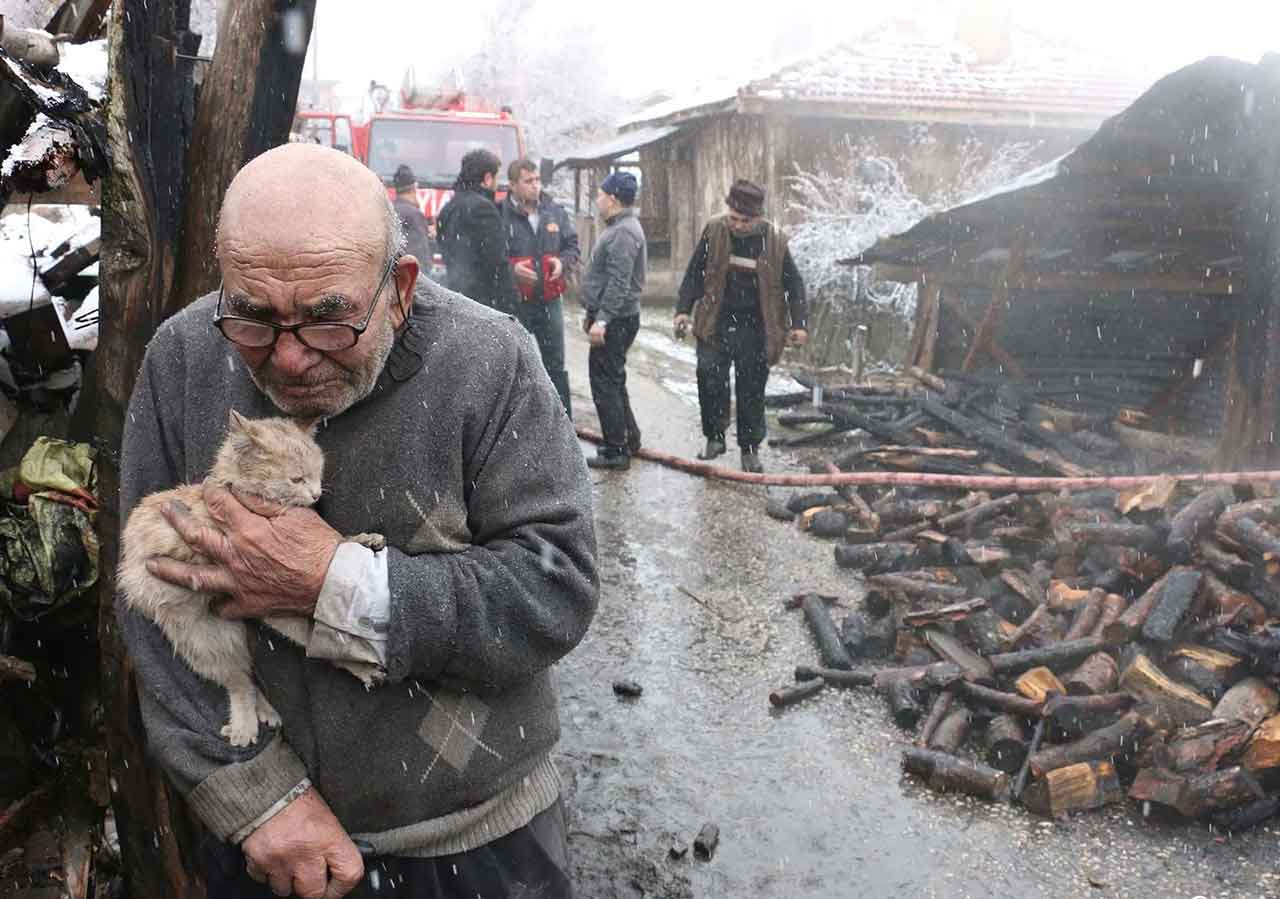 In January 2018, one of the most moving photographs circumnavigated the world. Ali Mese, an 83-year-old grandfather, lost his house in a fire and the only thing he could save was one of his cats.

In the picture, we see Mese hugging his pet with deep sadness.

On 17 January, residents of the town of Ordular, Bolu Province, in western Turkey, witnessed the tragedy of Ali, who accidentally burned his house while trying to light a gas stove.

In a few minutes, the house was reduced to ashes.

Unfortunately, the man lost other cats that he had as pets, as well as several chickens that were part of his livelihood. Neighbors and rescue forces managed to save Ali, his wife, his son and one of the kittens they had as pets. The scared old man was in shock because he had lost everything.

The image of the old man hanging on his pet became viral and the authorities of his country decided to give him a new home for himself and his family.

In the heartbreaking picture, Mese is seen next to the rubble of his house, while his faithful Sarikiz, translated as “Blonde Girl”, places one of his legs on the arm of his owner, who cries in dismay.

Ali was taken to the hospital where he recovered from minor injuries and burns before meeting his cat. His story provoked such excitement that hundreds of people joined him to help him.

A happy ending to the tragedy

Presenter Ellen DeGeneres followed up on her story and said, through her Instagram account, that Ali and Sarikiz were in perfect shape and that the governor of the province to which Ali’s community belonged had offered him a new home by through a Solidarity Foundation.