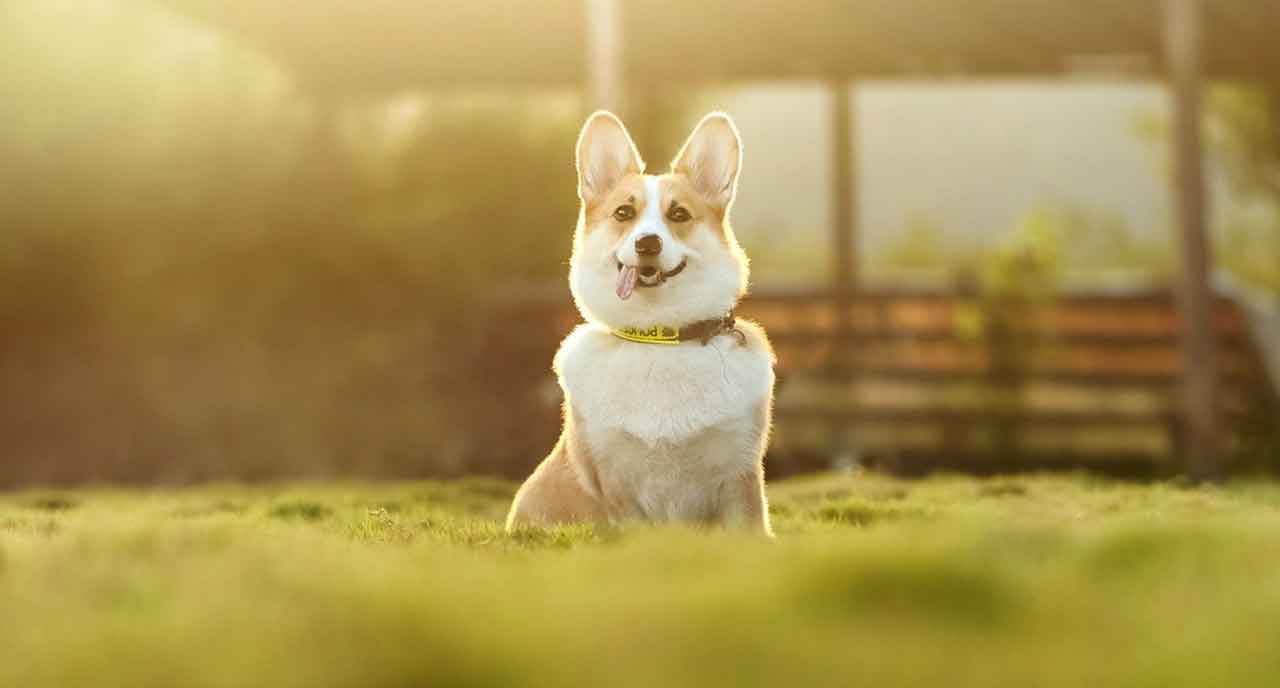 It is estimated that humans and dogs have lived together for about 3000 years, however, we still have many interesting and curious things about dogs to discover. Every year we find new ethology studies with surprising information, so in this article from Cats I Dogs, we are going to share with you 20 curious facts about dogs that have come to light in recent years.

All this information will help you to better understand the canine language, the nature of dogs and, ultimately, to further improve the bond with your faithful friend.

Dogs are such fascinating animals that there are many curiosities about their origins, their behavior, the evolution of their species or the creation of breeds. It was not easy, however, we have selected the 20 curious facts about the dogs that caught our attention:

1. Today there are more than 300 breeds of dogs

Determining how many dog ​​breeds exist on the planet is much more difficult than it seems, mainly because it is something dynamic. The number of dog breeds increases every year, as international canine societies recognize new standards.

If we refer to the classification of dogs according to the FCI (Fédération Cynologique Internationale) we discover more than 340 standardized breeds, however, there are many breeds waiting to be recognized and many others which have already been by other federations. The list is endless!

2. Basenji: the oldest and quietest dog in the world

The basenji dog is special for several reasons: it is not only considered to be the oldest breed of dog in the world, but it is also the least barking. In fact, Basenji dogs are not able to make the traditional sound that we associate with barking dogs. The most characteristic vocalization of this breed consists of a mixture of wild laughter and Tyrolean song. Something unique in the dog world!

3. The origin of the dog remains controversial

While scientific advances allow us to deepen the history and genetic evolution of the dog, we still have a lot to discover about the origin of the dog. Although the most common assumption indicates that the dog descends from the wolf, the truth is that there are no conclusive studies on this possibility.

So, does the dog descend from the wolf or not? A recent study indicates that dogs and wolves are likely to be descended from a common ancestor. Likewise, he also points out that the domestic dog and the wolf share DNA sequences, the canines being genetically closer to each other.

Even as best friends, the truth is that there are things that dogs hate in humans. For example, having much more sensitive senses of hearing and smell, they are deeply disturbed by loud cries and smells. In addition, some typical signs of affection in humans, such as cuddling, can be uncomfortable for them, feeling trapped.

However, dogs tend to be particularly patient and affectionate with us, transmitting to a sneaky parent that it bothers them. However, remember that we must strive to know and respect canine nature, providing them with a positive environment and respecting their needs.

5. Relax! Sleeping with dogs is not bad

Many people wonder: is it wrong to let a dog sleep next door? Whenever we follow the vaccination schedule and a deworming routine, we need not worry because there is no risk. In fact, sleeping with a dog is very positive, because it helps us to strengthen our bond with him and to rest better.

6. Your dog’s fingerprint is on the nose

One of the curious facts about dogs is that each individual has a unique pattern in their nose, which is as unique as their personality. So, to find your dog’s “fingerprints”, you have to look in his nose and not in his paws, did you know?

7. The body temperature of dogs is higher than that of humans

The optimal body temperature of humans is between 36 ° C and 37 ° C, while that of dogs is around 38 ° C and 39 ° C. Like us, dogs can also suffer from a feverish state, characterized by a rise in temperature. But also, unlike us, we put the thermometer under the armpits, to bring the temperature to dogs we must place the thermometer in the rectal area, being the only effective way to control the fever.

8. It is possible to know the age of a puppy by looking at its teeth

Like human babies, puppies are born without teeth and go through a process of teething relatively similar to ours. The first dental parts that enter the puppy’s mouth are the so-called “baby teeth” which will then gradually give way to permanent teeth.

Dogs primarily use body language to communicate with their peers, guardians, and others in their environment. When you are sad or nervous, these emotions are reflected in your postures, actions, gestures and facial expressions. Your best friend can easily sense changes in your mood, even when you don’t say a word.

10. The vision of the dog goes beyond black and white

One of the myths about dogs says they can only see black and white, but that is not true. In reality, canine vision is dichromatic, not trichromatic, like human vision. This means that dogs can identify shades of yellow and blue (which includes shades of gray), but are unable to distinguish red and green, for example. In turn, humans have a high sensitivity to the three colors (blue, red and green) because they have a high concentration of photosensitive cells in their ocular structure.

11. The border collie is the smartest dog in the world

The border collie is considered the most intelligent dog in the world for its ease to assimilate orders in basic and advanced training, and its versatility when learning different activities, tasks and canine sports. In addition, these dogs require an experienced guardian who is ready to engage in physical and mental stimulation because he is a very active dog. In addition to the top 5 most intelligent dogs, we find the poodle, the German shepherd, the golden retriever and the doberman.

In addition to learning to easily recognize their own name, dogs show an amazing ability to memorize and distinguish words. According to research by psychologist Stanley Cohen, dogs can assimilate around 160 words, which corresponds to the human lexicon of a child between 2 and 3 years old. But to fully develop their cognitive abilities, dogs must be properly stimulated by the constant practice of positive training.

13. His relationship with humans is not determined in terms of domination

Unfortunately, it is common to find false explanations on the Internet which associate certain behaviors of dogs compared to their guardians with the theory of domination. This is completely false, because dominance is intraspecific, that is, it occurs only and exclusively among individuals of the same species. Likewise, many people tend to confuse canine dominance with aggressiveness, something which is completely false since, in fact, a “dominant” dog is distinguished by its balance and calm.

14. The German Shepherd was the first guide dog

One of the interesting and curious facts about dogs is that the first purebred dog to be trained as a guide dog was the German Shepherd. These furry ones were called Judy, Meta, Folly and Flash and they were trained in the first school of guide dogs in the world, called “The Seeing Eye”, founded in the United States. After their training, these German shepherds were handed over to certain veterans of the First World War in 1931.

One of the things that dogs can “predict” is illness in humans, mainly in the people they are used to living with. This is possible because many pathologies or endocrine problems generate imbalances or alterations in the body, such as the excessive release of certain hormones or body fluids. Thanks to its highly developed sense of smell, a dog can detect these alterations and perceive that something abnormal is happening in the body of its guardians. In fact, in many countries, dogs are trained to work as detectors of certain diseases. Unbelievable, right?

16. They sweat only through their legs

Another curious fact about dogs reveals that, like us, dogs sweat. But they only do it by the legs, because it’s the only part of their body that has sweat glands. Likewise, dogs also “sweat”, for example by panting, which allows them to eliminate internal heat and refresh their bodies.

17. Puppies are born blind and deaf

Dogs are nesting animals, that is to say that their young are born without being fully developed. Newborn puppies are blind and deaf because their eyes and ear canals are not developed enough to open and perform their functions. It is only in their second week of life that the puppies open their eyes and discover their ears, but the exact time may vary depending on each individual.

18. The Chihuahua is the most living dog breed

The Chihuahua dog breed ranks first in the ranking of the oldest dogs in the world. These brave little dogs have an estimated life expectancy of between 15 and 18 years, but they can live more than 20 years with proper care and excellent preventive medicine.

19. They love us, but they can transmit certain diseases

The dog is a man’s best friend and loyalty is one of the most admirable characteristics of his personality. Despite their very special connection to humans, there are certain diseases that dogs can transmit to humans, such as rabies, intestinal parasites and ectoparasites. To prevent them, it is essential to maintain optimal hygiene at home, to respect the schedule of vaccines and dewormers of our hairy, to offer them a balanced diet and essential care to preserve their good health. Go see your veterinarian if you have any other questions!

To conclude our top 20 curious facts about dogs, we want to mention one of the many benefits of adopting a dog. When you include a dog in your life and in your home, you will gain the most faithful companion who will want to protect you at all times and accompany you in good and bad times. This will have an extremely positive impact on your self-esteem and your mental health.

In addition, sharing everyday life with a dog encourages us to conquer a healthier lifestyle, helping us to fight against the sedentary lifestyle and the associated diseases, negative moods, loneliness and depression. With their particular way of being and loving each other, dogs teach us to live more and better.