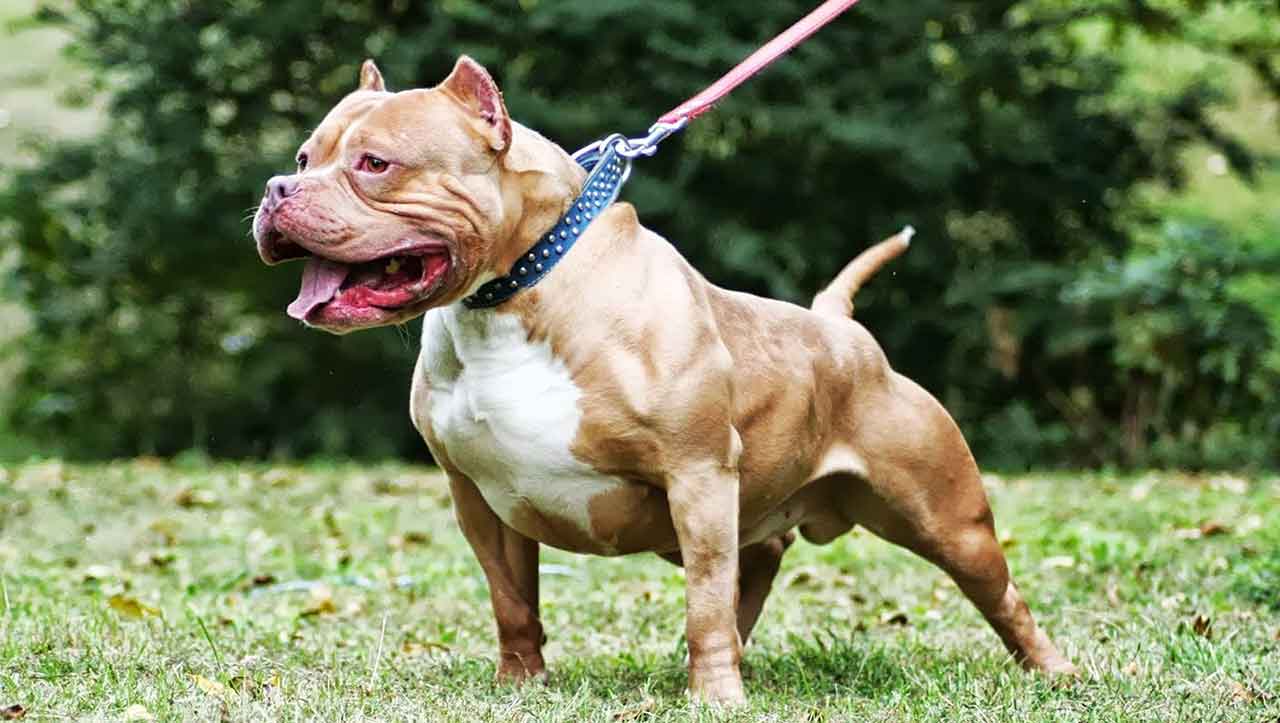 The American Bully is considered the bodybuilder among dog breeds. With a relatively small size, its muscles are striking by their size. Its appearance is frightening, a huge mouth can scare anyone.

American Bully is gentle and loving towards people. This dog is confident in his abilities and is able to protect his family. You cannot call him aggressive; viciousness manifests itself exclusively in dangerous situations.

Physical characteristics of the American Bully

An ignorant person can easily confuse the American Bully with the American Pit Bull Terrier. Indeed, the breeds are very similar in appearance, there is a kinship between them, but they are completely different in character.

American Bully is an independent species that has its own standard. Average size of mature individuals: weight about 30-50 kg., Height about 32-52 cm.

According to their height, intra-breed American Bully dogs are divided into 4 different types:

The dog American Bully is very intelligent and is considered an excellent pet dog. Such an animal is sincerely happy each time it manages to please its owner.

Once in a new family, in a new house, the American Bully quickly joins the team, just as friendly, even with tenderness towards all the members of the house. But among all, the master considers only one.

Prolonged loneliness seriously affects both its character and its health. After seeing the owner work, he will patiently wait for his return, but if he is absent and does not come back to the usual time, the dog is stressed.

Despite their friendly character, the American Bully tends to dominate. If the owner is weak, the dog, taking advantage of the moment, will try to take the main place in the house. As a result, he will become mean and uncontrollable. He needs a master with will.

The representatives of the race get along well with the children. They are able to endure children’s singeries for a long time. They play outdoor games for hours. For a child, he is a great friend and at the same time a goalkeeper. But it is strongly not recommended to leave the children alone with the American Bully. The dog is strong, it can therefore harm inadvertently.

Well socialized dogs get along well with other pets. An exception may be the males that are involved in a fight for any reason – from the territorial to the sexual. Cats, decorative rodents and birds are not the best company for these dogs. If possible, limit the contact of the American Bully with these pets.

The owner of the bully should know what diseases the indicated breed is predisposed to:

The average lifespan of the American Bully is 9-12 years.

Taking care of an American Bully is not very different to take care of another short -haired breed.

It should be noted that the representatives of the breed cannot stand the heat. In summer, it is recommended to walk them in the early morning and evening. In winter, monitor the temperature in the room, the dog’s place should not be near heating devices, batteries.

The homeland of the American Bully is the United States of America. The appearance of the breed dates back to the nineties of the twentieth century. The main purpose is an exemplary family companion.

The American Bully originated from the crossing of American Pit Bull Terriers and American Staffordshire Terriers.

The breeders have set themselves a seemingly impossible task. They had to create a friendly, non-aggressive, companionable breed from the genes of two fighting, pickling, aggressive dogs.

At the same time, the terrifying appearance, overdeveloped muscles, power, huge mouth should have remained the same as in the original breeds.

The beginning of the formation of the bully is recorded in California and Virginia. It was from these states that the new species of dogs spread throughout America, and then to the countries of Europe and Asia.

These strong dogs were used to make the bully more physically bulky.

The breed was officially recognized in America in 2004. Internationally, American Bully remains unrecognized as an independent species to this day.