Sometimes age doesn’t really make a difference; if only for numbers of years, when we are confronted with a human or an animal in difficulty, we do not think twice and run to help it. The same thing happened to this 11-year-old Brazilian boy by the name of Jean Fernandes, who saw an injured dog in great difficulty, who immediately rescued him despite the danger of cars on the road.

Jean Fernandes, 11, in the province of Itajai in Brazil, did not think twice: he saw a dog who had been tragically hit by a car and threw his head on the road to help him. Jean did what the other passers-by had not had the courage to do: he approached the dog, took him in his arms and immediately contacted the veterinarians to ask for help while waiting for them come to take care of the poor stray animal injured by a car. 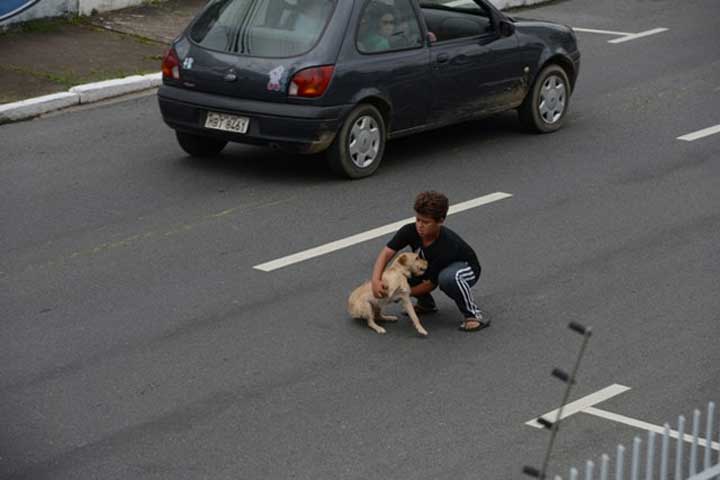 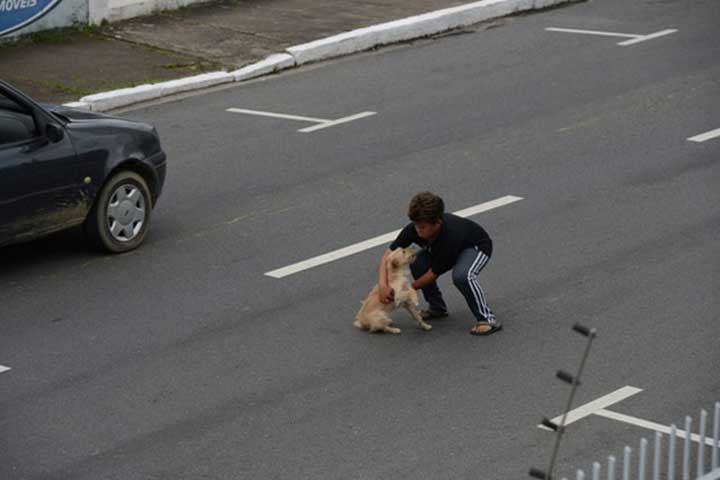 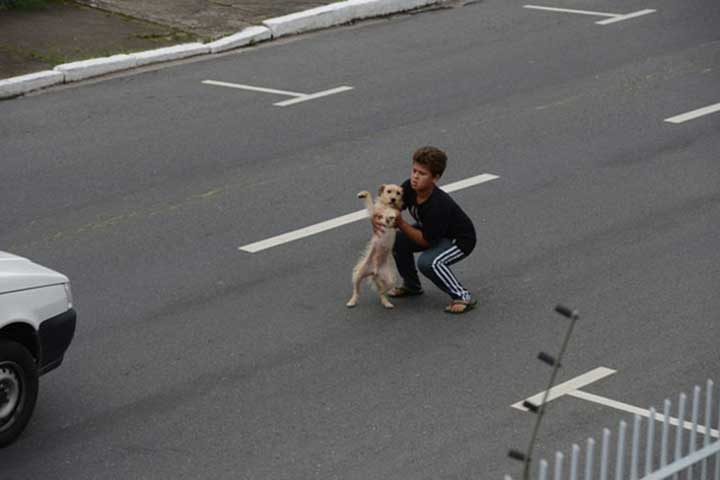 Assisted by veterinarian Denilson da Silva from the center of the city of Itajai, the dog was not in danger of death and the same doctor admitted that most of the four-legged friends who visit his veterinary office are made up of dogs who have suffered road accidents. One piece of advice Denilson gives to those who save these poor street animals is to not move them hard: because of the pain or fear, they could bite those who seek to help them … 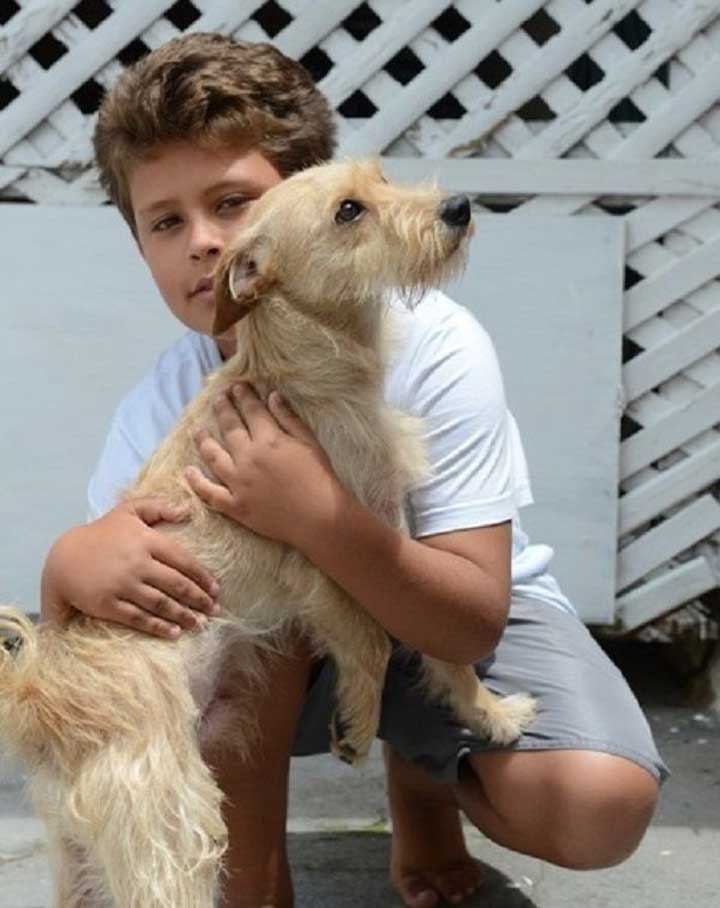 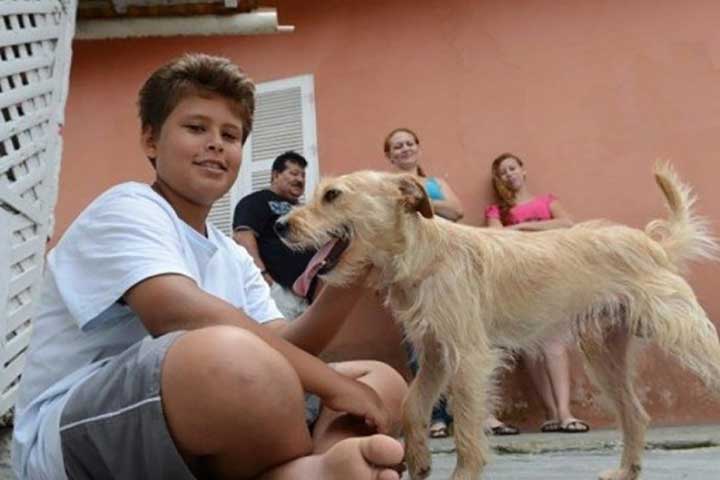 The images of the rescue, photographed by Rafael Martins, immortalized the moving gesture of Jean Fernandes, an 11 year old boy who put into practice an act of big heart and courage; if it had not been, the puppy could have looked very bad!

Congratulations and, thank you little Jean!