An artist turns photos of animals into Disney-style illustrations 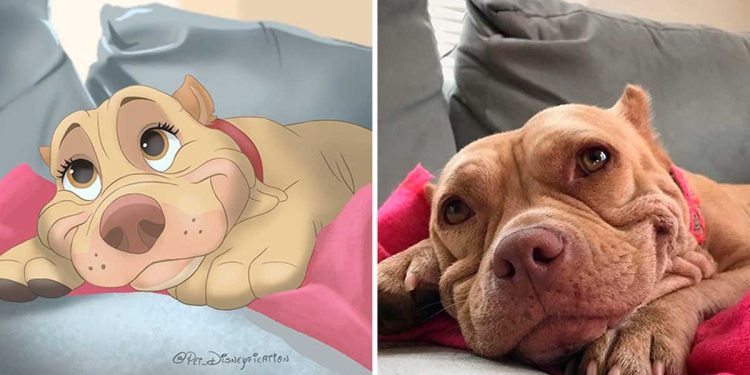 The artist takes photos of pets and turns them into beautiful Disney-style illustrations, they look like the stars of the upcoming animated movie.

Isa Bredt, a 22-year-old Dutch illustrator, turns photos of pets into Disney-style illustrations. They are truly beautiful, taking their features and facial expressions and making them even more adorable. They look like the stars of a Disney movie.

The term for this type of trend is called “Disneyfication”, sociologists have used this word since 1959 as a term that describes the changes that the trade adapts to address the consumerist style of people who undoubtedly adore the whole Disney context, according to Bored Panda.

But illustrator Isa Bret seeks to give it another meaning. Through his Pet Disneyfication project, he takes photos of pets and transports them to a world of fantasy, and pet parents love the results.

Isa draws from an early age, when she finished school, she thought she could dedicate herself to it and began to study illustration and animation, but in the third year she gave up her studies and went devoted to the illustration of pets.

Pet Disneyfication is something I’ve done sporadically in my spare time for about 5 years. I started because I’m a big fan of the old Disney style and love drawing animals.

The young woman who lives in Tilburg (Holland) specifies that she does not work for Disney, but that she is a big fan, and adds that her favorite film is “The Lion King” and that she appreciates a few others.

The idea for Disney-style portraits was born on Reddit in 2014 and he was just 16 years old.

There was a subreddit where you could offer people free art. I wanted to practice Disney style, so I offered free drawings to people who sent me pictures of their animals.

I’ve done it a few times and people really liked it, even though it wasn’t very good at the time. Last summer, I finally decided to accept assignments as a summer job because I no longer wanted to work in the hotel industry, and it went well enough that I decided to create an Instagram account and do these missions in parallel.

The project was a success, even making drawings of pets for shelters in hopes of helping them find forever homes through their social media.

If you want to know more about Isa’s work and see her designs, you can follow her on Instagram.