Bowie: Cat With Eyes Of Different Colors Who Became A Celebrity 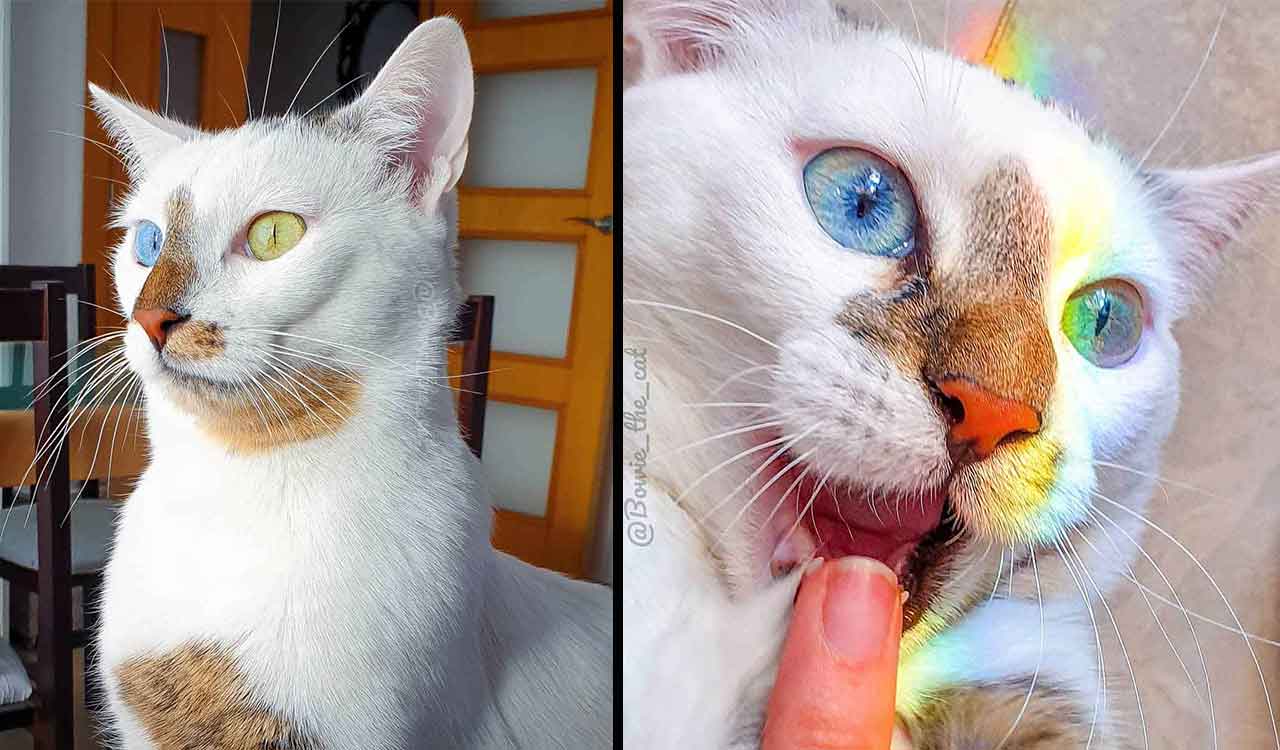 This adorable cat takes its name from the spectacular musician David Bowie. This beautiful kitten was born with eyes of different colors, this is due to an anomaly called heterochromia.

The beautiful cat was abandoned in 2018 and a Spanish veterinarian welcomed him. The playful cat quickly found its owner.

Bowie was saved by his adoptive mother Maria Lloret, when she saw him for the first time, she knew she should name him as the famous singer David Bowie, who had eyes of different colors like his beautiful kitten.

Check out these lovely pictures of little Bowie the cat.

“My sister saw an ad looking for a family for Bowie and when we met him, we fell in love. He was obviously a beautiful cat, but he was also very loving, always purring and looking for some warmth. The moment he got home, he started eating like crazy and fell asleep in my arms, ”said María.

“There are so many animals that are looking for a second chance, that a family loves them. We always try to post things about black cat adoption, for example, because we had a cat before Bowie named Louis who was black and not very healthy. With a little time and care, he bounced back to become an amazing companion. We miss him so much. “

Bowie lives in beautiful Alicante, Spain, and when he’s being a good feline, his mother will take him on fun and safe adventures.

The tragicomic thing about it is that David Bowie suffered from a condition called anisocoria, that is, he had a slight difference between the size of his pupils, which he used to his advantage, giving him an eccentric and crazy look. In addition, the anisocoria created the illusion that her eyes were different shades, that is, heterochromia. For this reason, many pet owners who had any of these conditions, found nothing better than to name them after the man of the stars: David Bowie (or all its derivatives).