A Boy Saved A Puppy, Took Him To The Vet With His Savings And Adopted Him 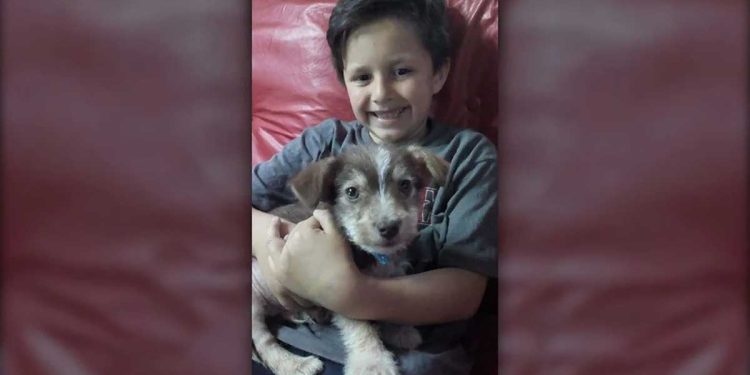 At just 7 years old, this boy rescued a dog that was being abused by other older kids, rescued it, took it to the vet and adopted it.

Nicolás is a 7-year-old boy who lives in Rosario, Argentina. He was riding a bicycle when he saw other children aged 8 to 12 torturing a puppy, ready to take his life by drowning him. The boy rescued a helpless dog and is now being hailed as a hero.

Without a moment’s hesitation, even though the child abusers were older than him, he asked them to stop beating him and ran for help. He informed his mother and together with her he saved the puppy. Little Nicolas became a great hero that day.

Nicolás’ feat quickly went viral on social media, and within hours more than a thousand people on Facebook had shared the news of what had happened, asking for adopters for the rescued pup. This is how the news quickly reached the local media.

A boy saved a dog, took him to the vet and adopted him

We didn’t think it was going to have such an impact. When I contacted my cousin (who is a protectionist) to do the posting, the intention was to find an adopter for the pup. I called her and told her told me what had happened and she told me that she would tell everything as I had told her… It was incredible! It happened around noon and in the afternoon, he already had a lot of actions and many people proposed to adopt it.

Nicolás was congratulated by the hundreds of social network users who began to show interest in the puppy they named Esteban.

I was riding my bike until I saw two guys with the pup, they had it in a box. Then they threw him in the ditch, counted to 3 and kicked him. They wanted to drown him. I called my mother for help and she caught him. We brought him into the house and bathed him.

They were ready to kill him! If Nicolás hadn’t intervened, they would kill him.

But Nicolás’ good deed didn’t stop there: with his own savings, the boy took Esteban to the vet to have him checked out.

The puppy, who is now very grateful to Nicolás, continues to follow in his footsteps and waits for him every day when he comes home from school to play with him. And since the boy wanted to keep the dog from the start, they finally decided to keep him. The family has another dog and a cat.

From the start, Nico wanted to stay with him. Esteban will stay with us.

Ever since he was little, he loved dogs. Every time he sees one, he approaches and pets it. When he started doing it, for fear of us, we told him not to do it because they might bite him, but not only that he was not paying attention to it but also that the dogs were playing with him. When we saw that, we explained to him that he had to approach slowly so as not to scare them because he wanted to pet all the dogs, so what he did with the puppy didn’t surprise me because he likes them very much.

Apart from people congratulating him on social media, the school is also very happy with Nicolás’ heroism.

When we were about to leave the school, the principal said that they had given me a note and told me what had happened. The “lady” of the drawing came and gave me a drawing, a balloon and a bag of sweets with chocolates. They congratulated me, they told me everything… I liked it a lot!.

Nicolas is an exemplary human being.