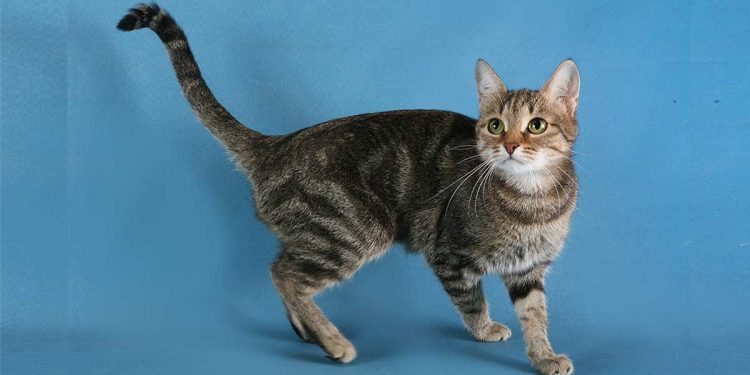 Sometimes nature itself comes to the rescue of selection and gives unusual surprises. The Brazilian Shorthair cat is just such a gift. These four-legged friends have been accompanying people for many years and during this time they have managed to prove their love and devotion. Despite the most common, one might say unremarkable appearance, the breed is winning an increasing number of fans every year.

Despite the seeming variety in appearance, Brazilian Shorthair cats have a very clear standard. All individuals, ever born in nurseries or at home, meet its requirements. In general, the figure of the Brazilians is slim and elegant. This quality is also emphasized by the weight, which is usually kept within 3-5 kg.

Adult cats have average body parameters. Visually, you can determine the rectangular shape of the body. A well-developed muscular system allows the Brazilian Shorthair to show strength and agility. A rounded chest, a strong neck and pronounced hips speaks in favor of this feature.

Forelegs and hind legs are of approximately the same average size. Their peculiarity is that they are somewhat spaced from the body. The feet are round and small.

The tail in cats is rather thin than thick, but slightly widened at the base and has a rounded tip. The length of the tail is always in harmony with the size of the body.

The head of the Brazilian Shorthair is of medium size, while its length is slightly longer than its width. Violation of this feature is considered a defect and its owner is rejected.

The muzzle has a strong chin that protrudes slightly. Moderately long and even in width, the nose merges smoothly into the forehead. The requirements of the Brazilian breed allow only straight, wide-set ears of a regular triangular shape. Some individuals may have tassels on the tips of their ears.

The eyes of the Brazilian Shorthair cats are remembered by everyone who has ever met them. And it’s not just about the shape of the eyes and their color. The look, although it does not have the quantitative characteristics of the standard, but exudes intelligence and insight. The shape of the eyes is most often almond-shaped, less often rounded. The distance between the eyes is one and a half times greater than the distance from the inner to the outer corner of the eye.

Another characteristic feature is the coat – it is short and close to the surface of the body. The undercoat is either absent or very poorly expressed. This feature is found in many animals, whose homeland is a country with a warm climate. The coat is harsh and smooth to the touch with a noticeable shine. If a kitten was born with plush or poorly fitting fur, then it is not considered a purebred and is discarded.

As for the color, a very wide variation of colors and shades is allowed for cats. In this matter, the standard is very loyal to the Brazilians. The color of the coat varies from white to black with all the transitional color nuances.

These fluffy cuties can be called universal animals for the home. They combine the best character traits one could wish for a pet. Playfulness and moderate activity are harmoniously combined with an unobtrusive and delicate behavior. Brazilian cats do not single out someone as the main thing in the family and willingly play with everyone. They are very fond of affection and tenderness towards themselves. In response to this, they give the person their love, affection and loyalty.

Four-legged beauties can be got by both single people and large families with children. At the same time, cats and cats pay attention not only to the owners, but also to the guests of the house. They are the same tame cats that love to sit on their laps and rub their furry sides. However, with such gentle notes of character, cats love freedom. That is why walks on the street or in the yard are important for them. If the pet has not yet memorized the way to the house, you can walk it on a leash. Descendants of the Brazilian aborigines from the feline squad calmly endure such limited movement.

The backyard past is well imprinted in the gene pool of the Brazilian Shorthair cats. They make excellent mouse hunters, so there are never rodents in the house where they live. Agility, quickness of reaction, strength and resourcefulness – these are the natural qualities that distinguish multi-colored handsome men.

The characterization of the Brazilian Shorthair cat would be incomplete without mentioning their level of intelligence. The mental abilities of these animals are always at their best, which allows them to quickly adapt to changed living conditions and easily navigate in a new environment.

Taking care of these cats is very simple. They are clean by nature, so all care measures are based on routine procedures. Two or three times a month it is necessary to comb out the fur of the animal with a rubber brush. This keeps your pet safe from hairballs in the stomach and intestines. Cats are rarely bathed, only if necessary and in compliance with the general recommendations for this procedure.

Ears, eyes, and paw pads are periodically examined. There must be a scratching post in the house, as this will allow not only to preserve the furniture, but also to satisfy the pet’s needs.

Due to the fact that the Brazilian shorthair cats appeared in natural outdoor conditions, the animals have quite good health. Hereditary diseases are not common in cats. Practice shows that occasionally problems with the gastrointestinal tract and hair can occur. But the cause of such ailments most often lies in improper feeding. To avoid them, veterinarians recommend focusing on lean meat, dairy and dairy products in the cat’s menu.

It is very easy to confuse the Brazilian Shorthair cat with the common outbred Murka. However, knowing the classic signs, you can confidently determine the pedigree of the pet. There are also qualities in Brazilians that are not recorded in the list of quantitative characteristics. First of all, this is nobility and charm. Everyone who has these wonderful animals at home claims that they are 100% cats, implying their exceptional ability to live peacefully in any family.

The emergence of the Brazilians has no intriguing history or legend. This is one of those breeds that are of natural origin. There are always pets and stray animals on the territory of any country. There were those in Brazil as well. Local cats on the streets were perceived by people as ordinary mongrel creatures with no value. However, fate decreed differently: people who know how to understand cat breeds drew attention to them. Experts seized the opportunity to find a new species and conducted appropriate studies of four-legged street children. Their expectations were more than justified. It turned out that the population of Brazilian cats was nothing more than an individual line with its own specific stable traits. Nurseries began to be created for animals, in which they were purposefully bred.

It is with these events that occurred in the eighties of the twentieth century that the history of the Brazilian shorthair cat begins. Globally, the standard was officially recognized by the World Cat Fanciers Federation (WCF) in 1994. But the breed received a geographical reference in the name later. And at first, she was united with similar European cats in the Celtic Shorthair group.

Only in 1999 the individuality of the Brazilians outweighed and they became an independent pure breed.

Such a natural and seemingly simple origin does not diminish all the merits of South American cats. Their appearance, character and health features deserve attention from all cat coffee lovers.