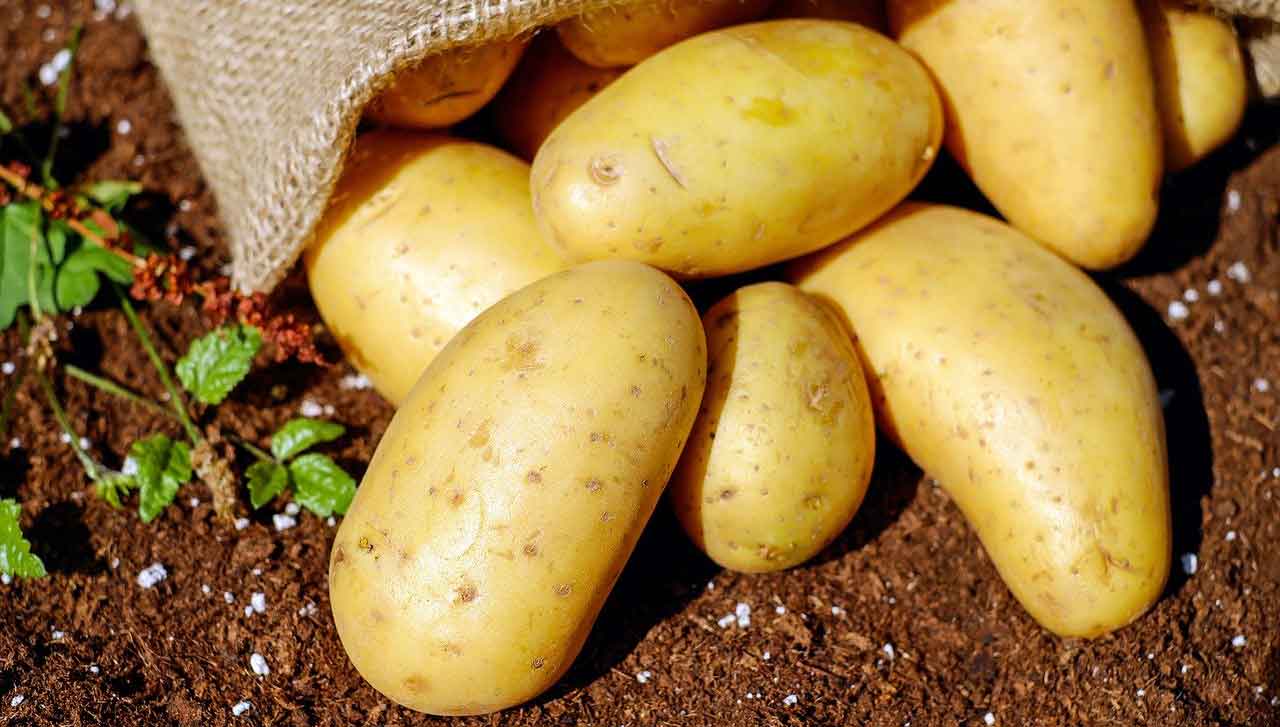 Potatoes are a very common food in all households. They allow multiple preparations, provide carbohydrates with few calories and are inexpensive. It is therefore not surprising that the owners wonder if dogs can eat potatoes.

In this article, we will answer this question. Although dogs are carnivores, they accept the consumption of other foods, among which you can find potatoes, as long as we take into account the considerations explained below. Read on to find out if the potato is toxic to dogs or not.

Is the potato good for dogs?

The potato, in its scientific name, Solanum tuberosum is a herbaceous plant that has different stems. One of them is underground and is the tuber, thickened to store nutrients in different ways, like elongated or rounded, and of colors that vary between brownish, purplish or reddish, with a white or yellowish pulp. It is a plant from South America and cultivated for around 8,000 years. In the 16th century, it also spread throughout Europe and is today one of the most consumed foods in the world. There are different varieties of potatoes suitable for different preparations.

Regarding its nutritional value, it provides about 77 kcal per 100 grams, 19 grams of carbohydrates, vitamins such as C or B3 or niacin, in addition to minerals such as potassium, phosphorus or magnesium. The green parts of potatoes are toxic because they contain a substance called solanine. This tone may be due to the fact that they are not yet mature or that the sun has given them. Solanine poisoning produces gastrointestinal symptoms such as diarrhea, vomiting and abdominal pain. Peeling or cooking the potato reduces the amount of solanine.

Given all this, dogs can eat potatoes, although they should not be the main ingredient in their diet, that is, occasional consumption is recommended. For example, we could give cooked potatoes for dogs suffering from diarrhea, accompanied by cooked chicken without skin, salt or sauce, as part of a bland diet before returning to their usual diet, of course, always following the advice from the veterinarian.

The potato is also sometimes included as an ingredient in the diets of dogs with food allergies or in those of exclusion, which are those prescribed when such an allergy is suspected. They are formulated with the minimum of ingredients and with those that the dog has not consumed before. If the symptoms disappear with the new menu, the diagnosis is confirmed. Therefore, dogs can eat potatoes, but with the caveats that we will see next.

It is not recommended to offer the dog raw potatoes or allow him to play with and nibble on them and may swallow a piece, whether or not it is skinned. If the potato was green, the quantity of solanine present could lead to the appearance of disorders in the digestive system which, depending on the quantity and characteristics of the dog, may be more or less intense. In addition, raw potatoes are indigestible. So much so that raw potatoes are on the list of fruits and vegetables prohibited for dogs.

The problem with sachet potatoes is that they are fried in oil and also add a lot of salt. So if the baked potato can be eaten by dogs on time or as part of an exclusion diet, bagged potatoes are not a healthy option. And that’s because they incorporate fat and salt into their manufacturing process. Although fats are essential in any diet, they must be healthy and eaten properly. In addition, salt should not be part of a dog’s diet. In fact, too much salt can even be toxic to dogs, causing vomiting, diarrhea, decreased appetite, lethargy, lack of coordination, excessive thirst or increased urine output, in addition to neurological disorders such as seizures. In the most severe cases, coma and possibly death.

In addition, there is a relationship between these potatoes and pancreatitis in dogs. Pancreatitis is an inflammation of the pancreas and one of its causes is excess fat, which means that if the dog eats bagged potatoes, he could suffer from an episode of pancreatitis. An acute attack is characterized by the appearance of vomiting and severe pain in the abdomen. This can be noticed because the dog has a belly folded and can even adopt a so-called prayer pose, the chest pressed to the ground and the rump in the air. Affected dogs may also experience diarrhea, followed by dehydration, general weakness and, in more severe cases, shock.

This condition usually requires hospitalization of the dog in the veterinary clinic, where it must be kept for several days without eating food so that the pancreas can recover. It is also necessary to administer pain relievers to control pain and antibiotics to prevent secondary bacterial infections. Certain samples will have to be operated if the treatment mentioned is not sufficient. Pancreatitis is a very serious disease that can lead to the death of the dog. To avoid this, avoid giving potatoes to the sachet for a dog and never leave them within reach.