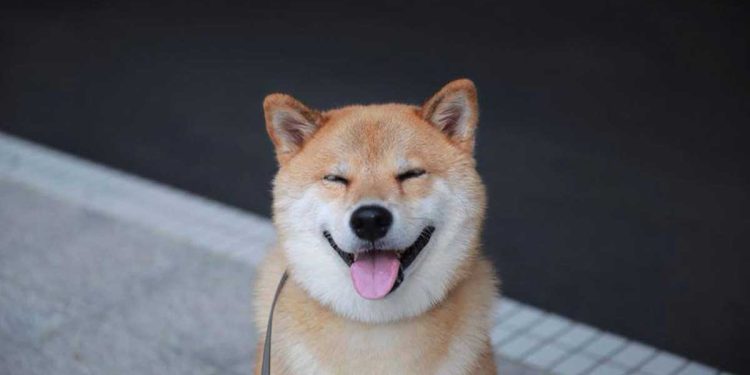 Do you have a dog and do you think he can smile? Many owners feel this way about their pets. After all, it can be seen with the naked eye when the dog is in a good mood! In fact, everything is much more complicated. We figure out if dogs can smile and what their smiles mean.

The dog wags its tail, its mouth is ajar, its corners are slightly raised, sometimes its tongue sticks out? Is that really a smile? Or are dog facial expressions not designed to “image” a smile similar to a human’s?

Sometimes it seems that the dog just smiled at you! Or is it impossible?

Let’s disappoint you right away, your dog’s smile is a heavy breath. “Dogs can have an open mouth and a relaxed body. This leads to such facial expressions that it seems to us that the dog is smiling. But this is due to the relaxed muscles of the muzzle and breathing with an open mouth,” explain the experts.

The smile came from fear

In order to talk about the smiles of animals, you need to understand what a smile is in general. Some researchers believe that smiling comes from… fear. So, primates began to smile as early as 30 million years ago. At that time, such grimaces in monkeys meant to fellow tribesmen that they were harmless and did not pose a threat.

An American scientist, professor of psychology from Illinois, Frank T. McAndrew, after carefully studying facial expressions, said that a smile signals submission in the world of primates.

He was a calming signal that demonstrated to a stronger and older partner that the animal was ready for submission and acceptance of its secondary role. This “smile of fear”, according to the scientist, is the ancestor of the human smile.

Is this version suitable for dogs?

And, indeed, according to experts who are very well versed in the body language of dogs, these animals can demonstrate the so-called “submissive smile”.

So, can dogs smile or not? Juliane Kaminsky, a psychologist at the University of Portsmouth (UK), advises against projecting our feelings onto dogs. She recalls that people tend to anthropomorphize animals, that is, to assign human qualities to them. This property of ours pretty much lubricates the real picture.

What does the “smile” of a dog mean?

He is very well now

This is the most obvious “smile” of a pet. If the dog sits with squinted or half-closed eyes, its mouth is ajar, and its corners are raised, most likely the pet is just very good. He is relaxed, enjoying the moment, perhaps even happy.

You have trained your dog to “smile”

Often, the owners, who are especially touched by the dog’s “smile”, themselves, involuntarily, reinforce this reflex in the animal. The dog smiles because it is praised for it, they smile in response, they feed it with sweets, they are touched, in general, they give the pet a lot of positive emotions.

And you think that your dog is delighted, and smiles back at you. When dogs are hot, they also open their mouths and stick out their tongues. If you hear that the dog is breathing heavily, most likely, there is no question of any “smile”.

Is it aggression or pain

It may seem to a person that the animal “smiles” when the dog is in an aggressive state. In this case, you need to pay attention to the tense posture. And if the dog growled, then there can be no doubt at all. Sometimes a similar mimic incident happens when the animal suffers from pain.

In any case, they are excellent at “hinting” about their condition and their needs. The study, which was published in the journal Modern Biology, confirmed that dogs have learned to use eye contact with humans for their own purposes. The experiment involved wolves and dogs.

A closed container was placed in front of the animals, inside of which there was meat. The wolves, having tried to open the container, and realizing that this was impossible, simply left.

But the dogs, after a series of unsuccessful attempts, began to “make eyes” at the person who controls the experiment. They look at him for a long time and penetratingly… Hinting: “help me.” They may not have smiled, but people understood their body language very well. Scientists have come to the conclusion that the ability of a dog to look into the eyes of a person for a long time and tenderly is the result of their domestication.