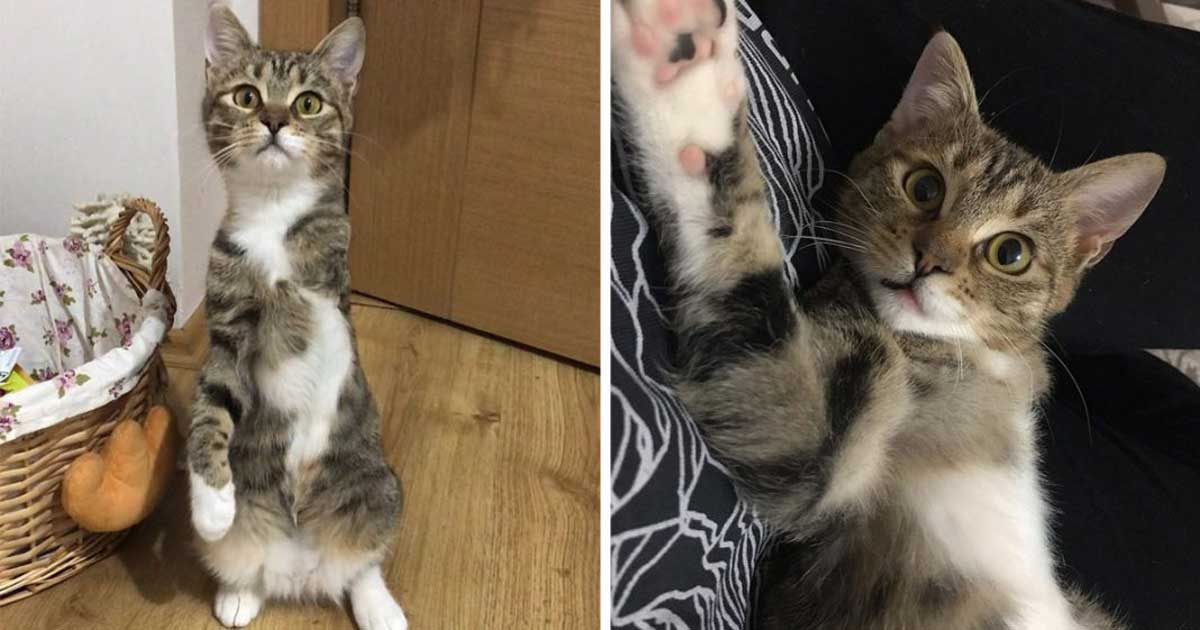 This beautiful 3-legged cat rescued after an accident, does not want to let go of the hand of the woman who saved her and wants to go home with her

Living on the street is not easy for any animal, dangers are just around the corner; an accident, a heartless person, a disease and the weather. Each of these factors can mean the end of the life of a being that did not deserve such a fate.

Today’s story took place in the city of Istanbul, Turkey. One day, an injured cat arrived at the Ashen veterinary clinic, with a problem in one of her paws. The shelter to which the little girl was taken had to transfer her immediately to the clinic due to the severity of her injury.

After the review by the veterinarian, it was concluded that she should have her leg amputated, since due to the serious injuries she had, she could not save herself.

A few days passed after her intervention on the cat, and Ahsen could not stop thinking about her and the reaction that the animal had when she saw her.

Ashen is a cat lover, she has several in her house, they are all rescued and some have special needs.

I kept thinking about her and couldn’t get her out of my mind. So I decided to see her again, and if she was still there, she would adopt her and do everything possible to give her the best life she deserves.

Days later, after her recovery, Ahsen met with the cat to take her to her permanent home, and named her “Ekim”, which means October in Turkish.

Being at home, the happy cat just wanted to be with her favorite human and to be made a lot of affection, Ahsen made sure that her siblings took her in and loved her very much.

Ekim kept getting better and every day she was more spoiled and she just wanted to be hugged and sleep holding hands with Ahsen. In a short time she learned to walk with her three legs.

She toured the house for the first time alone and even used the litter box by herself.

Later, when the cast was removed, she was so moved that she ran around the house, rolled over on the bed and rolled over on her back; feeling the fabric all over her body.

This cat is very playful; She runs, jumps, and climbs like any four-legged cat, and has formed a beautiful friendship with Hayko, a cat who is paralyzed from the waist down and is part of Ashen’s family.

All the other resident cats have welcomed it as their own, especially Hayko, the paralyzed cat. They always hang out together.

These two beautiful cats have formed a very strong bond, to the point that Hayko has become happier and more playful than ever.

Over time, Ekim has become a very happy cat; her three legs are not at all a disability for her and her family adores her with all her strength.

She is my little one-winged angel, the most affectionate cat I have ever seen.