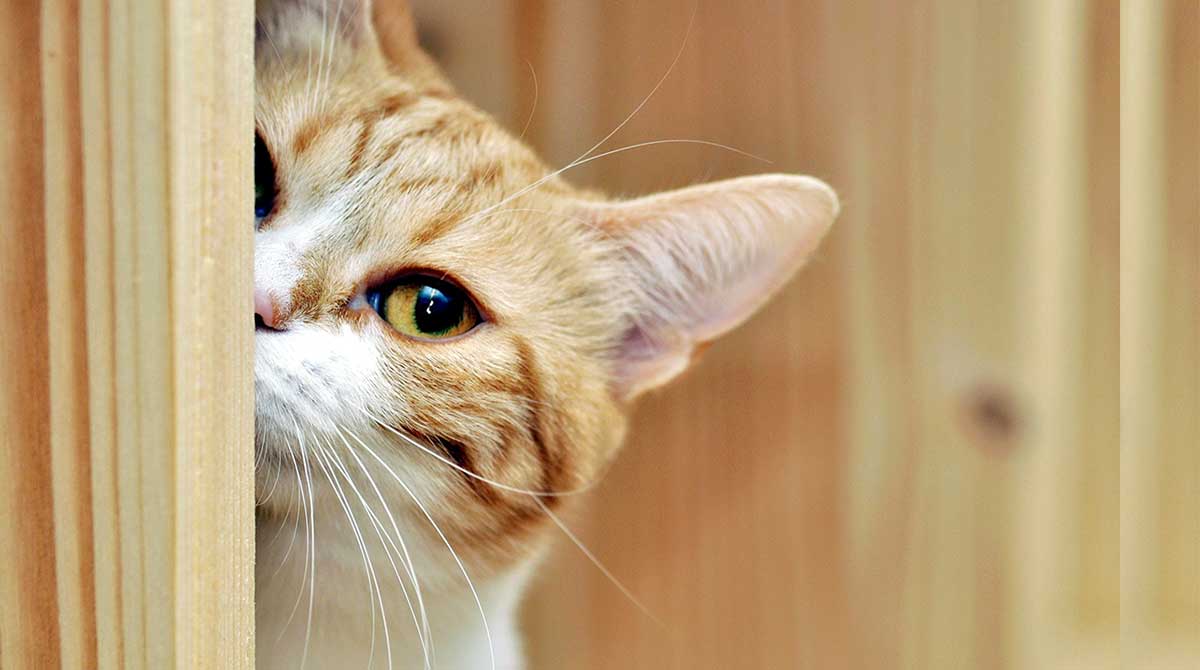 There aren’t that many animals that can imitate human behavior and copy human actions: orcas, monkeys, elephants, dolphins, and magpies. But, according to staff at the Ethology Department at Eotvos Lorand University in Budapest, Hungary, you can now add to that little list … domestic cats.

In their work, published in the journal Animal Cognition, the scientists note that, despite the increased research interest in understanding the behavior of cats and knowing their nature, very little is still known about the different aspects of the abilities. socio-cognitive of cats. While experts have studied the ability to mimic in orangutans or rats in detail, similar data on cats is too limited.

The authors of the study said:

Our knowledge of social training in cats usually includes training on how to get food from a specific person. Some studies have shown that cats tend to pay attention to those around them when it comes to food. It has also been reported that kittens are more likely to pull the lever for food if they watch their mother do it.

What’s more, experts have already discovered that cats trust human gestures and the direction of gaze.

As a result of domestication, cats share their natural habitat with humans. Cats living in families are often more sensitive to the influence of humans than relatives, and from an early age they mainly interact with humans in various fields of activity (games, food, etc.). The evolution and development of the human social environment places cats among the few domestic animals that have enormous opportunities for social learning.

Their small experiment involved an 11-year-old domestic cat named Ebisu from Ichinomiya, Japan. Its owner, Fumi Higaki, is a professional dog trainer. Higaki once told her colleague, one of the study’s authors, Claudia Fugatza, an animal behavior specialist, that Ebisu had always been extremely motivated to eat: this allowed Higaki to slowly train the animal by using the same training methods as for dogs, for example, the command “Do like me!”. So, according to the woman, the cat began to repeat some of his actions, that is, to imitate a man.

Fugatza decided to test these claims. From May to September 2019, they conducted an experiment. At first, Ebisu was taught to repeat an action such as turning around: the cat had to reproduce it after the words “Do like me!” Then the animal was shown a new action, which was previously unknown to it. At the same time, Ebisu was again ordered “Do like me!”

At the start of each test, the owner attracted the cat’s attention with food, petting, and voice, encouraging the animal to sit up and stay in front of her using the cat’s known signals. As soon as the owner noticed that the cat was looking at her, she took the necessary action in front of her and returned to the starting position (facing the cat), after which she said “Do like me! “. Then the cat’s behavior was observed for no more than 20 seconds (or until it performed an action). To avoid possible unwanted signals from the hostess, she looked straight ahead.

The experiment involved a total of 21 training sessions of 3 to 10 trials each. As a result, Ebisu responded to 18 requests to perform an action that was unfamiliar to her: she moved the lid of the stainless steel container to the side, stood up on her hind legs, turned, extended her paw , touched the toy, took a certain position, and so on.

We have had proof that a well socialized cat is able to reproduce the actions demonstrated by humans. Our experience provides the first proof that the “Do like me!” »Applicable to cats. Apparently, the ability to recognize similarity in behavior may lie in socio-cognitive skills of this type.

Thus, Ebisu has demonstrated his ability to connect his body parts to the human body, as well as to understand how they can be moved in the same way. “We assume that cats have the cognitive ability to reproduce the actions of conspecifics (belonging to the same biological species. – Ed. Approx.) And – with appropriate socialization – heterospecific patterns (belonging to another species. – Ed. Approx.). Our results can be replicated, provided the subjects are sufficiently motivated by food, toys, play or social reward, ”the researchers concluded.