Scientists Have Discovered The Ability Of Cats To Imitate Humans 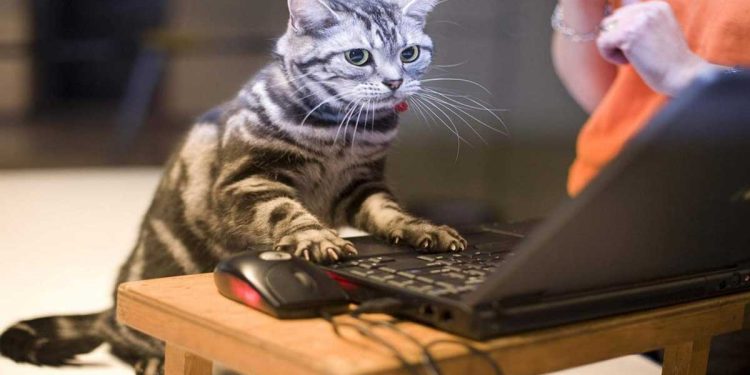 It seems that cats are not happy with people and prefer to spend time alone. But pets learn from us and can imitate us.

A scientific paper published in 2020 in the journal Animal Cognition claims that cats, once trained, can imitate human actions. Previously, other researchers have studied the ability of animals such as dogs, orangutans and rats to mimic the behavior of a trainer. The authors of a recent article claim that this is the first documented case where the ability to copy human actions was found in cats.

Claudia Fugazza, an ethologist at the Lorand Eötvös University in Budapest, has studied the cognitive abilities of dogs for ten years using the Do Like Me training system. The method is that the dog is taught to copy the behavior already known to her. The trainer, for example, crouches and tells the animal: “do as I do.” By repeating the movement, the dog receives a reward. Over time, the pet understands that, on command, you need to copy the movements of the trainer. This approach can be used to test whether animals can truly imitate actions they have never done before, such as ringing a bell.

Quite by chance, Fugazza found a dog trainer in Japan, Fumi Higaki, who also practiced the “do as I do” method. It turned out that the woman was able to teach her eleven-year-old cat Ebisu to perform actions such as spinning, standing up on her hind legs and opening small boxes.

During the study, Higaki touched the object with her left hand – the cat also touched it with her left paw. According to scientists, this means that the animal could “match” the parts of the human body with its own.

Cat behaviorist Christine Vitale told Science that the study reinforces the idea that cats are “watching us and learning from us.”