Home News Chihuahua Puppy Left At The Airport With A Heartbreaking Note From Its...
0
SHARES
ShareTweet

This news has distressed millions of users on the Internet and it is because a three-month-old puppy was found wrapped in a bag in the bathroom of the Las Vegas airport and on his side was a heartbreaking note explaining why its owner had abandoned him. The letter explained the difficult moments the puppy owner spent with her partner and how cruel he was with the pet. 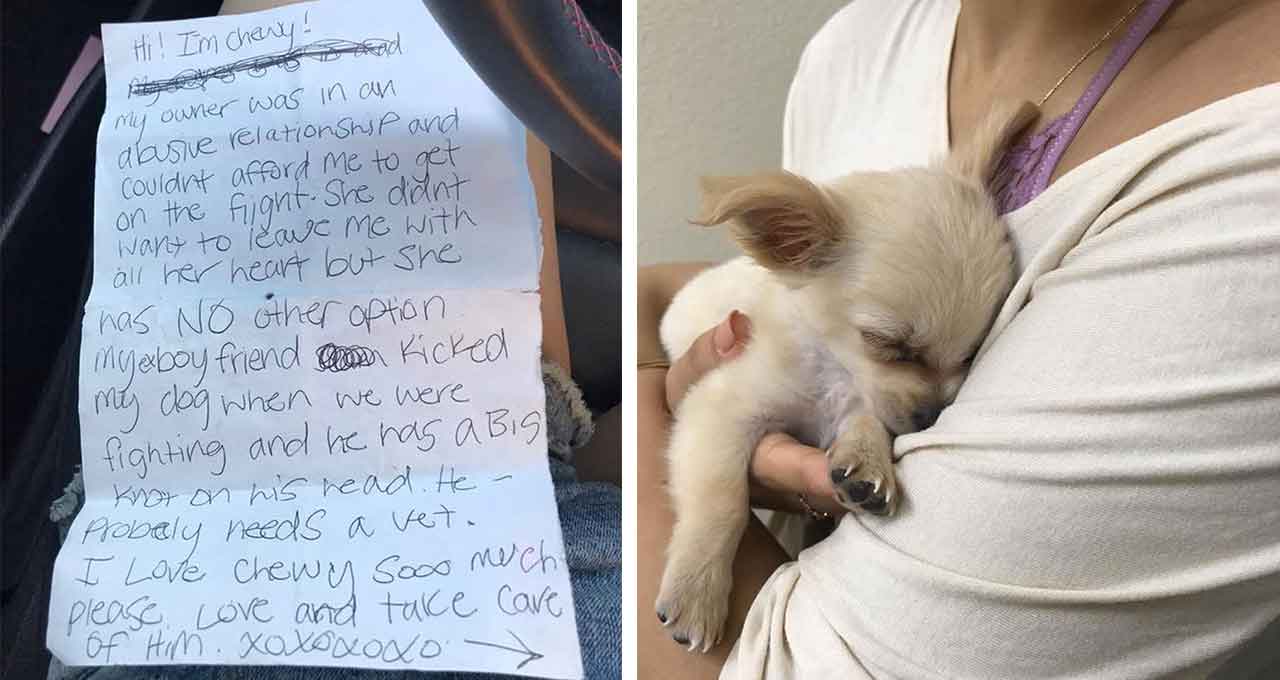 At MacCarran International Airport, in Las Vegas, United States, a Chihuahua puppy was found, along with a note indicating that there was “no other option” but to abandon it.

In the note the owner says that she is a victim of domestic abuse, and that she could not get a flight for him while trying to escape from their relationship.

The note reads: “Hi, I’m Chewy, my owner was in an abusive relationship and couldn’t get me space on the flight.”

“She with all her heart didn’t want to leave me, but she had no other choice.”

“My ex boyfriend kicked my dog ​​when we were fighting and he has a blow to the head. You probably need a vet. I love Chewy very much, please love and take care of him.”

Las Vegas McCarran International Airport spokeswoman Christine Crews told The Washington Post that facility staff took over the puppy Chewy to deliver to an animal rescue group. She confirmed that the airport has had pets separated from their owners and that, in some cases, employees have tried to find them again. However, this case is totally out of place. For now no one knows who could be the owner of the puppy or where they could find her right now.

The animal protection association Connor and Millie’s Dog Rescue took care of the small animal of a kilo and a half Chewy . For now, the pet is safe. The puppy always cries at night and in the morning, she just sits there waiting for her owner to come back to pick her up.

Undoubtedly this case has alerted the media since the woman who abandoned the puppy could be suffering gender violence. The Las Vegas police are already reviewing all the security cameras to find the person and be able to save them from that sad relationship that leads.

UPDATE: Chewy has been adopted and is doing very well with his new family!