Chowder, The Chow Chow That Looks Like A Giant Teddy Bear 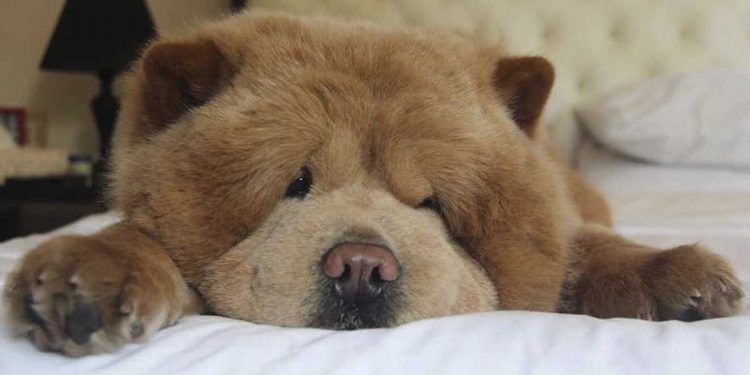 Some dogs have special characteristics, but this Chow Chow dog will enchant you with its enormous, fluffy and adorable beauty. Chowder, is a 6-year-old Chow Chow, who lives in Manila, Philippines, weighs around 20 kilos and lives his life before the eyes of thousands of spectators.

Meet Chowder, an adorable 6-year-old Chow Chow dog who is famous on social media for looking like a giant teddy bear.

People love Chowder because his fluffy fur, big muzzle, and round cheeks make it hard to believe he’s not a giant teddy bear.

The Chow Chow dog breed originated in northern China and was traditionally used as a guard dog in temples.

This chow chow dog looks like a giant teddy bear

Ever since Chowder became an “influencer” on Instagram, he’s become a star with thousands of followers obsessing over his photos and videos.

The Chow Chow takes his job very seriously on social media, so he captures and shares all of his daily adventures.

The dog, similar to a giant teddy bear, was a gift from parents to the owner of the animal, since then it has been spoiled.

Chowder is the first dog in the family and has brought so much light and happiness to our home. We can’t imagine life without him as he instantly brightens everyone’s day.

This Chow Chow is without a doubt the fluffiest popular dog the internet has ever seen, his calm appearance seems to match his personality.

He’s a very lazy and relaxed dog. He loves to sleep and eat all day, but at the same time he loves walks and going to the mall.

Chowder’s daily life is probably very comfortable, he spends it on walks or on adventures, in search of hearts moved by his physique.

Whenever he goes out for a walk, strangers can’t help but notice his features, so they come to pet him and take pictures. The owner says 90% of people who see it in public immediately say; oh my god, it’s a teddy bear!

In an Instagram post, with the hashtag #chowderfact, Chowder tries to explain his adorable physical appearance to his followers.

I have a pink patch on my tongue because my dad was a Cinnamon Chow and my mom was a Cream Chow. Hence my teddy bear skin color and stained tongue.

Chowder’s huge success on social media was unplanned, what started as a need to share photos ended up going viral. For his owner it was a surprise, he would never have thought that the registration of his beautiful dog similar to a teddy bear, would be something popular.

Chowder is so popular that he even has his own plush clone, to give his fans the opportunity for unlimited hugs.

It also offers several lines of socks, with Chowder prints, for different occasions such as birthdays or Christmas.

The only purpose was to share his kindness with others. We didn’t expect the success to be so great at all. We keep posting adorable photos and videos of him. He gained popularity when the media shared its content.

It’s pretty overwhelming because Chowder has no idea and just stays cute and adorable.

Chowder’s owner says he continues to post the dog’s daily life because it’s something that makes his followers happy.

We love posting whenever we take a great video or photo of him. We post because we get a lot of comments and messages from people saying that Chowder really makes them happy. We want to keep spreading good vibes and good vibes. happiness.

Chowder is one example that a Chow Chow can be the sweetest, most loving four-legged friend you can have.