A Corgi mother adopts abandoned pit bull puppies like hers 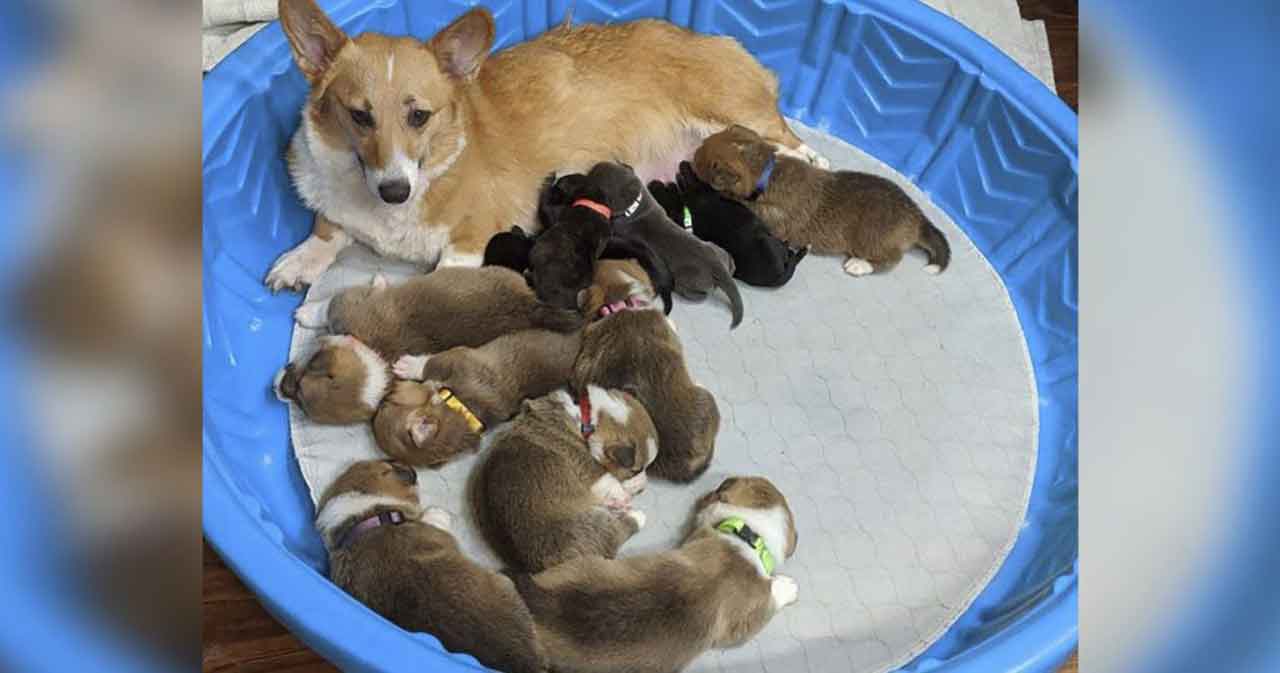 This corgi dog rescued from a kennel where she was considered a “bad mother” adopts a litter of orphaned pit bull puppies.

Sara is a corgi who was rescued from a kennel after giving birth to several litters of puppies, and taken to No Dog Left Behind Minnesota shelter for treatment.

When Sara was saved, she was pregnant, the puppy farm had abandoned her because they said she was a “bad mother”, so it was not useful to them.

When her cubs were born, rescuers realized that Sara was actually an incredibly loving mother.

Stephanie Easley, a No Dog Left Behind Minnesota volunteer, told The Dodo:

“She has been an incredible mother from the start. Sara always loves and watches over her puppies. She allows and even places her young in the hands of her adoptive family and checks them when they are replaced.

Recently, the shelter found a litter of abandoned puppies in an old building, welcomed them and started to provide the best possible care.

The little ones were very small and weak, bottle-fed, but the volunteers knew they needed more specialized care, so they thought of Sara.

“The director of the rescue center had the experience and knowledge to try to mix the two litters. Due to Sara’s maternal instinct, the director felt it would be an incredible choice. “

To give them a better chance in life, the rescuers gave the cubs to Sara, hoping that she would accept them and take care of them.

They weren’t sure it would work, but as soon as Sara met her new puppies, she knew exactly what to do.

“She took over all of the mother’s responsibilities.”

Sara fed, cleaned and cared for the puppies as if they were hers, she adopted the pups and they are now a family.

Although Sara’s puppies are larger, they have accepted their new siblings and it seems that they have always been together.

“The two litters of puppies act as a family, which is really strange because of the difference in age and development. The little Corgi are even sweeter towards their orphan brothers and sisters. They sleep together in a giant heap.

Unfortunately, one of the orphaned puppies was very weak and died, but the others are progressing and growing every day, thanks to this mom.

Thanks to Sara’s maternal instinct and the great love she feels for these puppies, they are no longer orphans, they have a large and loving family.

Now puppies will be able to grow and learn until it is time to put them up for adoption.

If you want to help Sara and all of her puppies, you can donate to No Dog Left Behind Minnesota.