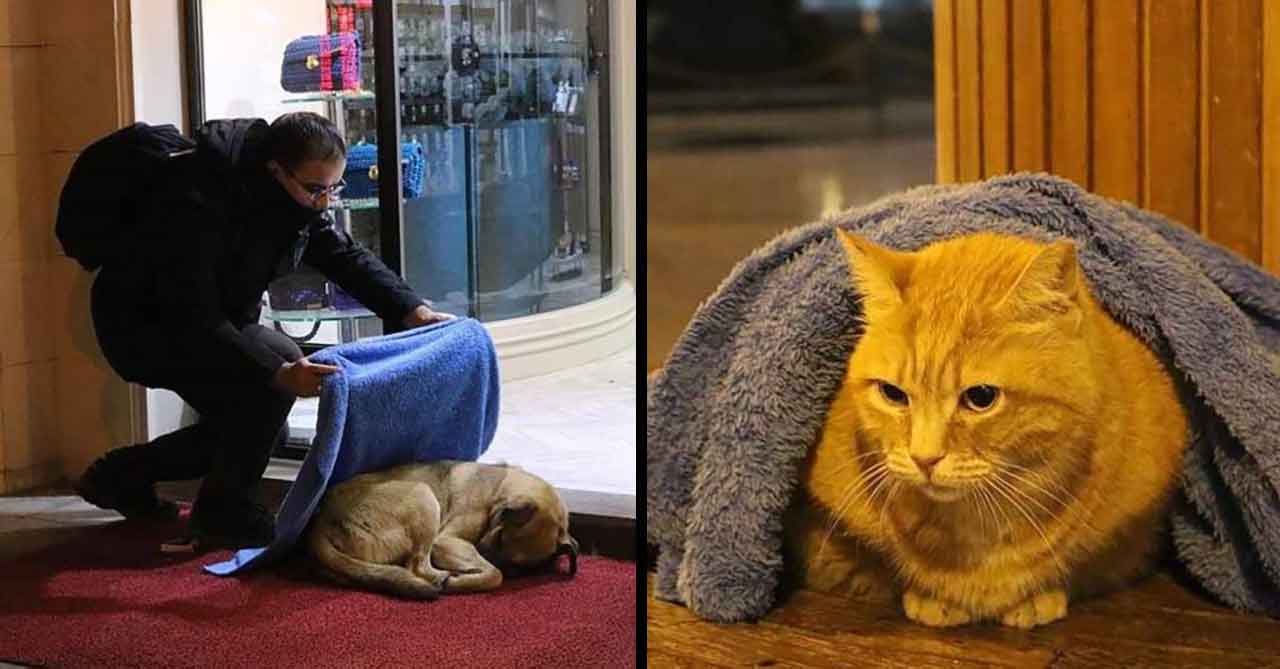 A Turkish dentist decided to devote his free time to taking care of homeless animals, he also created a whole network of help in the city.

Huseyin Yurtseven is a dentist from Istanbul, Turkey, with a big heart who was photographed on the streets while helping homeless animals. This hobby was born after watching an inspiring social media video that moved him.

Yurtseven roams neighboring neighborhoods sheltering dogs and cats who “die” from the cold, he even distributed blankets to merchants and animal lovers in the city in order to have a whole network of help, according to Daily Mail.

I have seen stray dogs living in my neighborhood. I placed woolen blankets from my house on the street animals that slept in front of the building. I shared this situation with my friends. We started to work.

This dentist and his friends have left their coordinates with the inhabitants of Istanbul so that they can return the blankets if they cannot wash them and thus avoid dirtying the city.

I was very impressed by the tremor of a dog that I covered in Sultanahmet Square. Her trembling was not cold but in love. When we approached him with a blanket, we shivered, before putting his head between his legs, he turned his face towards us. This behavior would change the way people perceive life. Street animals will show us this compassion, happiness and sincerity.

Yurtseven also helped dehydrated homeless animals in the summer by placing water containers in front of homes and stores.

This kindness move is something everyone can do.

Earlier this year, flights to Istanbul were halted due to snowfall and high winds. Turkey is hit by snow, the lowest temperature ever recorded in the country in January was -25 ° C (-13 ° F) in early 1942.

Winter has spread across Europe, even the UK, where the National Meteorological Service, Met Office, warned of heavy snowfall with yellow weather warnings, as snow and ice create conditions potentially dangerous for pedestrians and drivers.

It is also likely that there will be more hail rain, sleet and snow. They are likely to accumulate several centimeters above 200 meters, mainly in the west of Scotland, Northern Ireland, Wales and the north-west of England. A small amount of snow (1 cm or less) is also possible at lower levels in some places.

Most of the country is in the coldest and rainiest air. The snow is mainly in the hills, while in most places the rains fall like rain and maybe a little sleet.

… On untreated surfaces, there is a risk of slips and falls.

There is also the risk of certain icy surfaces on untreated roads.