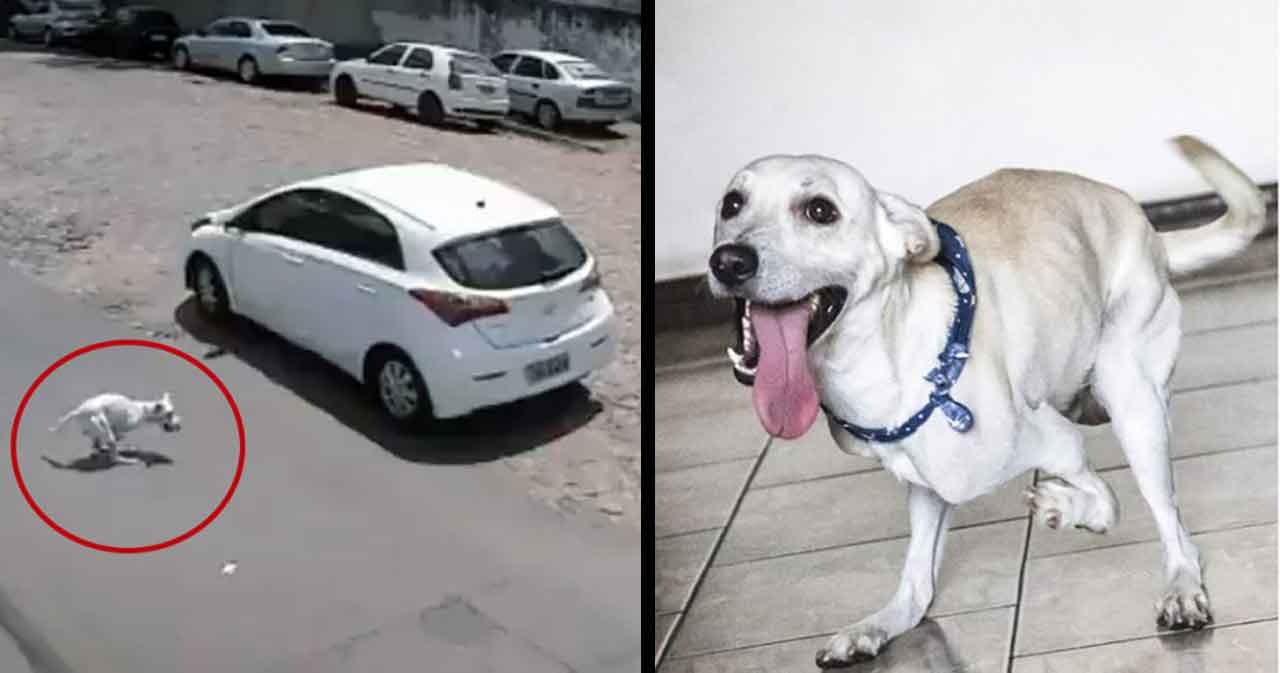 Video of a woman abandoning her disabled dog in the middle of a highway in Brazil has sparked outrage from animalists.

Earlier this year, a terrible video went viral in which a woman was seen abandoning a disabled dog in the middle of a road in Sao Leopoldo, Brazil.

What happened with ‘Tintim’ has sparked the ire of animal lovers, who have demanded justice, because without a doubt people like her do not deserve to have animals in their care, and must answer the cruelty of their actions.

In the video, the woman gets out of a white car with two dogs, Tintim, who has no front legs, is pushed, and the other seemingly healthy dog ​​is allowed inside.

A disabled dog is abandoned twice on the same day

According to VS, after having carried out the investigation, the authorities realized that the dog had in fact been abandoned twice that day, first by his mother who is the woman in the video, then by his father.

The reason for the abandonment was a fight between the woman and her partner, of which she decided to take revenge by throwing the puppy specifically in front of her workplace.

The man took the dog and instead of taking him to a safe place to take care of him, he put him in his car and took him to the local animal protection service pretending to l ‘accidentally finding him wandering the street, omitting that it was in fact his adoptive father.

Fortunately, these two heartless people have been identified and will have to answer before the Public Ministry and the Municipal Secretariat of the Environment of São Leopoldo for the crime of unfair treatment and rejection of animals.

There, the abandonment of animals generates a fine between R$500 and R$3000 according to Federal Decree 6514.

Given what happened, various people, including some celebrities such as TV presenter Tatá Werneck, were interested in giving Tintim another opportunity.

He needs someone who gives him the best care after so much suffering and who doesn’t discriminate against him because he is a handicapped puppy.

We ask everyone to start thinking more about their pets, not to abandon them. They don’t deserve it either, it’s traumatic, cruel and a crime!

Now this dog is in a temporary home, with a family taking care of him as the legal process progresses and the adoption becomes permanent. The identity of the new family will not be disclosed due to the legal process and the preservation of the well-being of Tintim and the same family.

The story of Tintim allows us to remember that dogs, whatever their appearance or their state of health, must be treated as living beings, with love and not as objects that can be left to their fate.