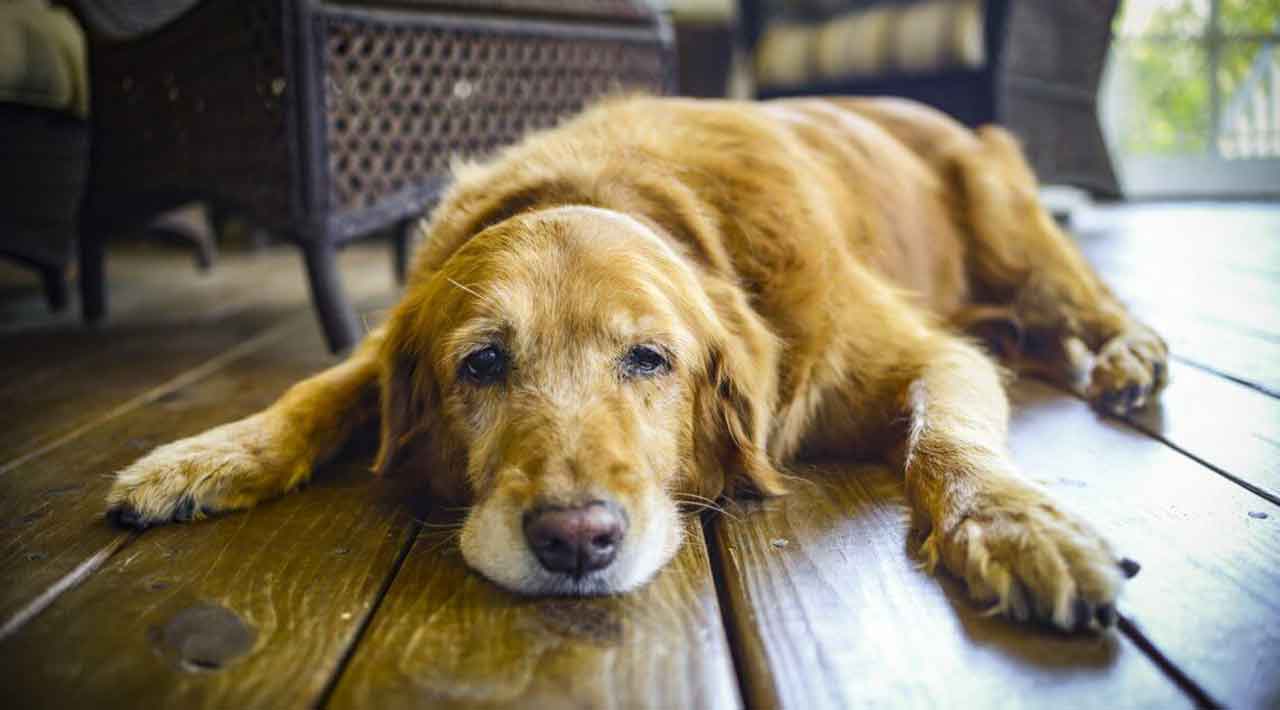 Dog distemper, or also called (Carre disease), is a highly contagious disease that mainly affects dogs when they are puppies, although animals such as foxes and ferrets can also be affected. Cats are safe as they are not affected by this particular type of virus. They can suffer from another type of virus, the feline distemper, which has nothing to do with the canine.

The level of danger of this disease is high, as it can be fatal to dogs. The virus is similar to human measles.

What is distemper in dogs?

Dog distemper, also known as distemper or Carré disease, is a virus that mainly affects dogs and is very similar to human measles. It is the leading cause of death of dogs from infectious disease.

This highly contagious disease affects the respiratory system, the digestive system and the nervous system. The best preventive measure against canine distemper is vaccination.

The infected animals release the virus through body secretions and are usually spread mainly by inhalation.

Since puppies tend not to have yet developed their immune systems, they are the most prone to contagion. For this reason, it is essential to carry out a rigorous vaccination plan against the distemper to both the mother and the puppy to avoid this disease.

The disease is more virulent when the dog is more malnourished or in worse conditions, since its immune system is depressed and it has fewer defenses. Others, however, may have mild symptoms or have no symptoms.

How is canine distemper spread?

The contagion of the canine distemper is easier than it seems. The distemper virus is transmitted by body secretions, such as snot and tears, which our dogs release into the environment.

Those seemingly harmless little droplets that appear when the dog sneezes or coughs are infected with the virus and are what cause the contagion to occur.

Among dogs that live together it is very difficult to avoid contagion. A person who only has one dog but takes him for a walk and joins other dogs in the park must be careful and attentive, since many of the infections also occur there.

Can a person infect a dog with distemper?

Oddly enough, the answer is yes. If we maintain contact with dogs infected with distemper, the distemper virus can become impregnated in our clothes, even on our skin and can be carried to another animal, eventually infecting it.

Although it is often difficult to make the case, it is better to prevent. Washing your hands is a good start, especially if you work or volunteer at a dog center.

What are the symptoms of distemper in dogs?

Fever is the first symptom to appear, but not the only one. As we have seen before, distemper in dogs affects different parts of the body. Depending on which part affects, the symptoms will be one or the other.

It is the most representative symptom of the canine distemper virus. Dogs begin to runny nose, cough, and produce eye discharge (conjunctivitis), usually accompanied by swelling of the eyelids. This means that sometimes they cannot even open their eyes and that the light bothers them.

They have difficulty breathing due to the obstruction caused by mucus. If the virus affects the lung, it can lead to pneumonitis.

If it affects the digestive system, the canine distemper or distemper virus will produce symptoms such as gastroenteritis, with vomiting and / or diarrhea. If this is the only apparent symptom that our dog has, it should not be associated directly with canine distemper, as it may be another disease. In this case, the veterinary diagnosis will be the most appropriate.

It derives in what we know as dermatitis. The skin on the nose and foot pads harden, dry and crack, causing peeling.

The canine distemper, if not treated in time, in its last phase will affect the nervous system. In this case the common symptoms are sudden attacks, nervous tics, seizures and muscle spasms that can cause paralysis of some of the extremities.

How is dog distemper cured?

We must know that distemper in dogs, being a viral infection, does not have a specific treatment. The first thing we have to do if we suspect that our dog may have contracted the virus, is to urgently take it to the vet.

The treatment that is carried out is only to alleviate the symptoms and avoid the suffering of our pet. There is no medicine that directly cures distemper, but there are drugs that can help.

We can use expectorant drugs or an antibiotic to try to get the dog’s phlegm out and control infections.

There are also drugs that help alleviate diarrhea, vomiting and cough, to prevent dehydration, and others against seizures and pain.

Food supplements are very important to strengthen the animal’s health and help strengthen the immune system. Vitamin B is the most recommended for nervous tics of canine distemper.

Avoid dehydration of our dog. It is easy for this to happen; our dog feels like nothing and may stop eating and drinking. We must avoid it at all costs and even compel him if he refuses to eat or drink.

Hygiene, especially in the eye and nose area, is very important. We must carefully remove the secretions produced by the virus.

How can I prevent distemper in dogs?

There is a vaccine that should be given to all dogs when they are puppies, in fact it is part of the first vaccination, and it is advisable to repeat the dose annually to ensure that our pet is safe from this sometimes deadly malignant virus.

A dog that is not vaccinated has a good chance of catching it just by taking it outside or letting it play with other dogs.

But it is not only advisable to vaccinate the puppy. The mother, before mating, should also be revaccinated with the tetravalent: Distemper, Hepatitis, Parvovirus and Parainfluenza.

In this way, the mother will create antibodies that she will supply to the puppy during lactation.

Vaccinate your pet and prevent it from suffering, as the saying goes, prevention is always better than cure.

The first canine distemper vaccine should be administered at five to six weeks of age and before the puppy reaches our home or lives with other dogs. It is usually included in the trivalent vaccine: distemper, measles and parainfluenza.

Since distemper is a disease similar to measles, it is advisable to vaccinate against this pathology as well.

Some puppies do not respond correctly to the distemper vaccine because of the mother’s antibodies that neutralize it. However, measles infection is capable of overcoming antibodies and partially protecting against distemper.

Once the mother’s antibodies are gone, the distemper vaccine will offer complete protection to the pet.

And, as a reminder, it is advisable to carry out the annual vaccination against distemper.

Does the dog cure from distemper?

Dog distemper is a serious disease that involves serious complications in the nervous system, leading to seizures, difficulty in moving and the ability to control their limbs.

It is not a curable disease, but it is treatable to alleviate the symptoms and control them.

Fortunately, a dog that has the disease under control will not infect other dogs, since they are no longer hosts of the virus.

Remember that the vet is the best person to advise you in each specific case, and if for whatever reason you think that your pet may be infected, pay him a visit, the best that nobody will know how to help you.

This article is merely informative, at Petsfeed.co we do not have the power to prescribe veterinary treatments or make any type of diagnosis. We invite you to take your pet to the vet in the event that it presents any type of condition or discomfort.