Imagine training for months and months for a gruelling, 13.5 mile marathon to be beaten by Ludivine, the two-and-a-half year old Bloodhound.

Well that’s what happened in the Elkmont Trackless Train Half Marathon in Alabama, when a hound decided to join in the fun after being let out for a wee-wee.

Ludivine crawled under the garden fence, ran towards the start-line and well, the rest is history.

Ludivine, who eventually finished seventh in the race, even stopped at the two-mile point to sniff a dead rabbit.

It is also believed that the dog went off track on a number of occasions, including the moment he played with a herd of cows. THIS ACTUALLY HAPPENED!

That didn’t stop him from securing a respectable position, though, crossing the line in just over an hour-and-a-half.

Elkmont’s Hound Dog Half’s official Facebook page posted a number of pictures of Ludivine participating in the half-marathon and well, it might be the greatest album of all time.

The dog was given a medal for her efforts, as owner April Hamlin, 41, described the moment following her impressive finish: 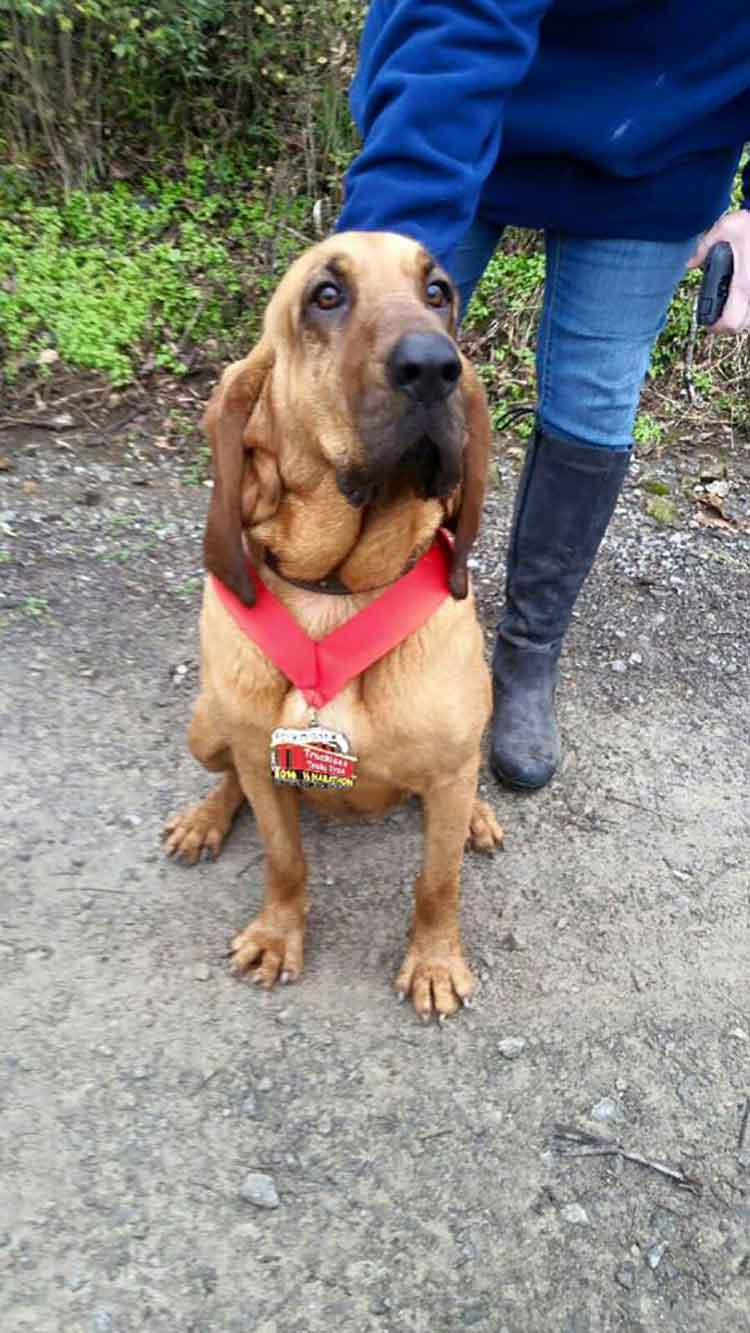 “All I did was open the door, and she ran the race on her own accord,” she told Runner’s World.

“My first reaction was that I was embarrassed and worried that she had possibly gotten in the way of the other runners.”

“She’s laid back and friendly, so I can’t believe she ran the whole half marathon because she’s actually really lazy,”

Jim Clemens, who finished fourth in the half marathon, also spoke of how the dog would race past him:

“Every time I thought she had dropped off to go back home, I would hear her coming back up to me and she would race past me up to the two leaders.

“She would run off to romp through the streams and into yards to sniff around for a while.”

This might just be my favourite story of all-time, ever.

Congratulations to Ludivine the Bloodhound. Enjoy your success!