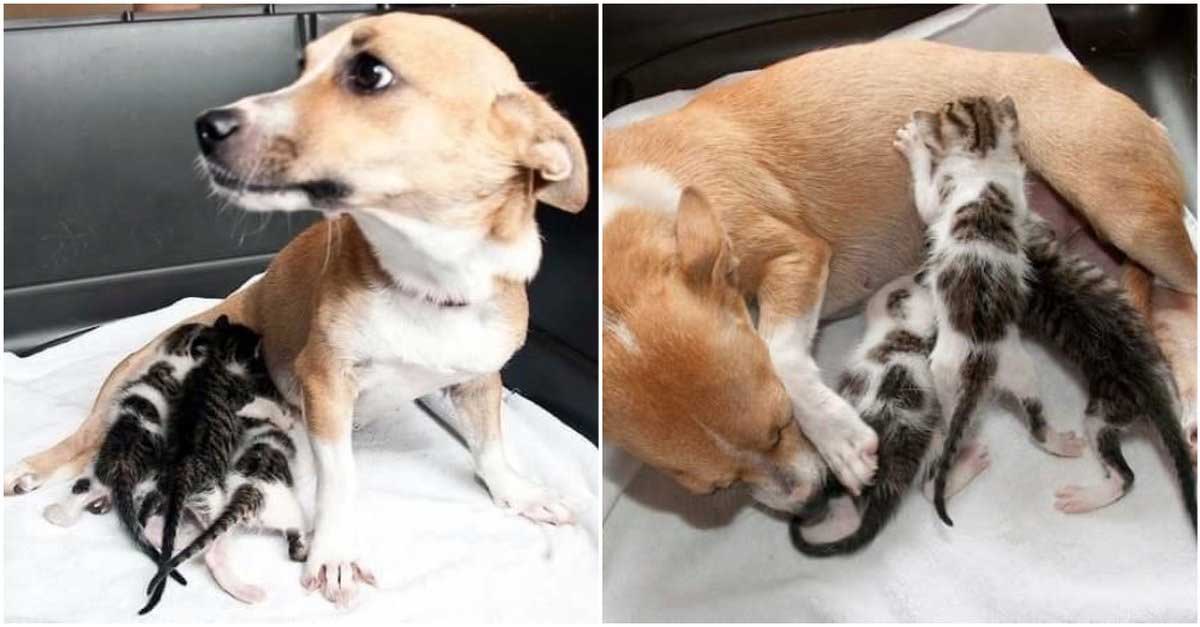 Esperanza adopted these orphaned kittens and cared for her as her own children. She and the little kittens have found a home

Esperanza was only one year old when she was taken in by a local shelter in Mexico, she had just given birth to her puppies, but no one knew what had happened to them, the only thing they were clear about was that this dog had not had a life easy.

When she arrived at the shelter, a litter of baby kittens also arrived who were about to die from being separated from her mother; Esperanza lovingly adopted these orphaned cats, suckled and cared for them as her own children.

The kittens were in need of love and she decided to love them. Later, Esperanza and the cats were transferred to the Coco’s Animal Welfare animal rescue organization in Mexico, where she also met her new adoptive family.

We were on vacation in Playa del Carmen. Three days later, we decided to pet the Coco’s Animal Welfare kittens, and when we were leaving they asked us if we would like to see a dog that was taking care of a litter of kittens … There was an instant bond between Esperanza and my son, so we decided to adopt her.

Esperanza finished nursing the kittens for two weeks before going to her new home in the United States.

Evi’s son Dan was the one who named her after her, because she gave the little orphaned cats a new hope of life.

When Esperanza first came to her home, she had no idea how to be a dog.

The first time she came to us, she didn’t know what dog food or toys were. We had to teach him. Now she treasures her toys and loves to play.

Esperanza and Dan became best friends, and luckily, all the kittens she helped at the shelter have been adopted.

She has been a blessing. She is a very special girl.