Dog Breeds With The Most Health Problems 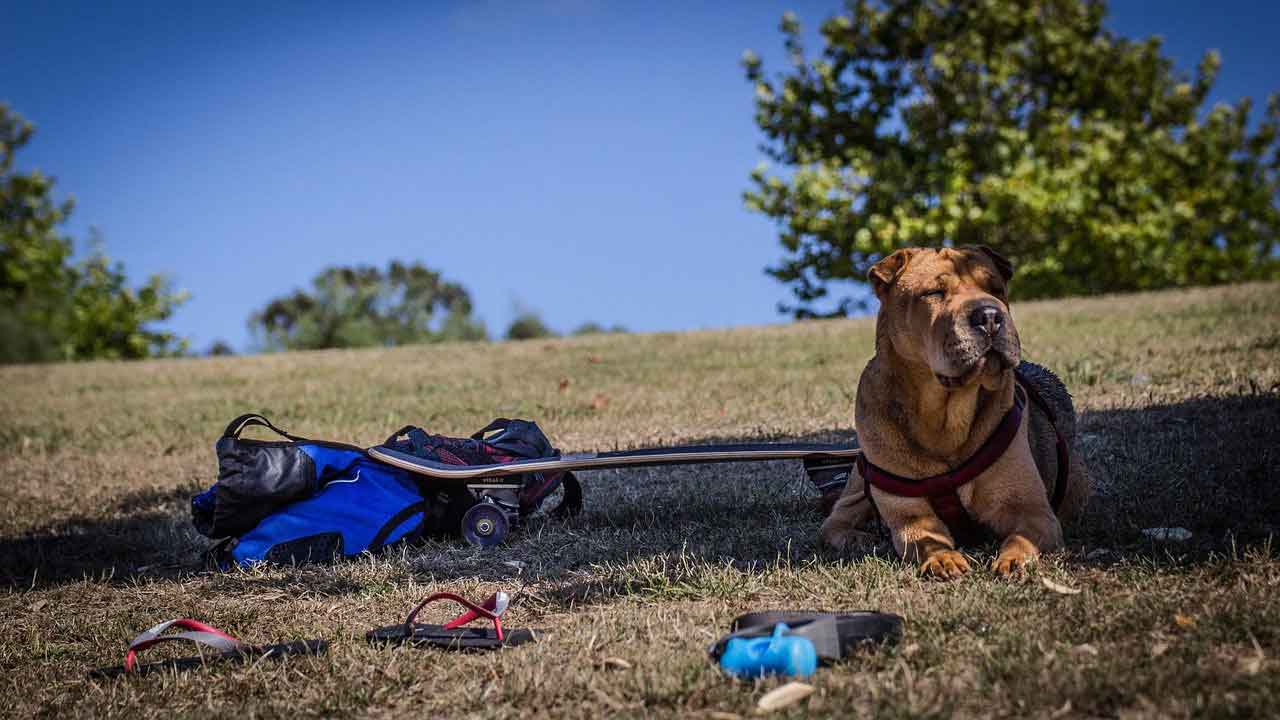 Have you ever wondered which are the sickest dog breeds? Why are some dog breeds less healthy than the others? If you are considering adopting a dog, you have probably considered the possibility of choosing based on his health. It is not always easy to know which dog breeds are less healthy or whether it is true that crossbreed dogs enjoy longer longevity.

In this article, we will show you which dog breeds have the most health problems based on studies and research on the different dog breeds.

Shar pei is by far one of the sickest dog breeds. It is mainly distinguished by the multiple skin diseases it usually experiences, but it tends to have other frequent disorders, such as entropion, hip dysplasia, cataracts, hypothyroidism or mega-esophagus .

The rottweiler is a strong and robust dog, which does not exempt it from suffering from certain hereditary diseases, such as subaortic stenosis, elbow dysplasia, hip dysplasia or cataracts. It also tends to show deafness and pancreatitis among other pathologies.

The Neapolitan Mastiff is a giant-sized dog, known for the large wrinkles that cover its face. Like many other large and giant dog breeds, it is prone to hip dysplasia, but its physical attributes influence other health problems, such as ectropion, entropion, nicticating membrane or pyoderma.

Another giant breed with the worst health is the English Mastiff, better known as the Mastiff. He usually has hip dysplasia, elbow dysplasia, pulmonary stenosis, cataracts and retinal dysplasia among others.

The Great Dane is considered the largest dog in the world and is probably the most well-known giant dog breed. It is another breed of dog with more health problems and among them are dilated cardiomyopathy, Wobbler syndrome, dilated stomach and hip dysplasia.

Boxer dogs are undoubtedly very popular dogs perhaps, precisely because of this, the breeding of this breed has not been carried out in a responsible manner. The boxer has a great predisposition to suffer from heart problems as well as skin problems.

The Bulldog is another extremely popular dog, with a friendly and gentle character, but considered one of the dogs in the worst health. He suffers from Brachycephalic Dog Syndrome and can manifest cleft palate, entropion, ulcerative colitis and intervertebral disc disease.

The Dogo Argentino is a dog that may seem impressive at first, but with a faithful and balanced character. This breed has a strong predisposition to suffer from deafness, skin problems and hip dysplasia.

The Doberman is a dog that for generations has accumulated a large number of false myths around him, most of them claiming that he suffers from health problems that favor aggression. The truth is that none of the common hereditary diseases of the breed cause or can generate aggression.

The Bull Terrier stands out for being one of the breeds of dogs with the most significant morphological changes, and that is that its current appearance has little to do with the original standard. One of the most common inherited diseases is deadly acrodermatitis, which causes the dog to die or kill before it even reaches adulthood.

Other common diseases are mitral valve dysplasia, deafness, eye disease or demodectic mange. It is also one of the breeds with the most behavioral problems.

The bullmastiff is a large dog that descends from the English bulldog and the mastiff, two breeds mentioned above. This large dog generally presents hip dysplasia, entropion, elbow dysplasia, Wobbler syndrome and ataxia, among others.

The English bulldog is a dog that unfortunately could not be missing from our list. The continuous exaggeration of its physical attributes has made it one of the breeds of dogs with the most health problems and presents a large number of hereditary diseases.

The Bernese mountain dog is a dog known for his good-natured, sociable and extremely gentle character. He is currently one of the most popular family dogs. This dog has a predisposition to meningitis, elbow dysplasia, hip dysplasia and histocytosis. Also, ataxia, fragile puppy syndrome and progressive retinal atrophy.

Do purebred dogs have more illnesses?

It is important to note that there are no dog breeds that do not get sick, as well as completely healthy and disease-free crossbred dogs. However, we must point out that a considerable population of purebred dogs has frequent hereditary health problems.

But why does this happen? Today’s perfectly standardized dog breeds show which attributes are desirable and which are not found in dogs, which forces some breeders to try harder to exaggerate certain characteristics than to maintain good health in their dogs. We are of course talking about irresponsible breeders or people who breed at home without having the appropriate knowledge.