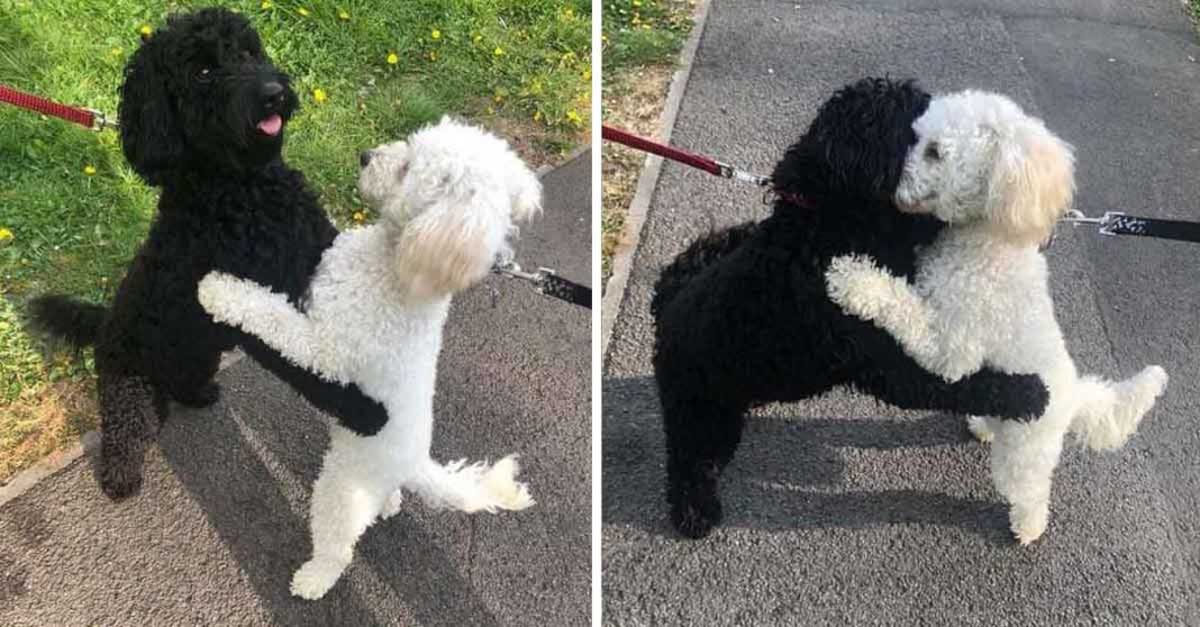 Canine siblings Monty and Rosie bumped into each other on the street, turning the walk into a surprise family reunion for the two of them.

Two dogs of the Cockapoo breed, which is the result of a mix between a Cocker Spaniel and a Poodle, were walking with their respective foster parents and met. The walk ended up becoming a family reunion for the brothers.

What caught the eye the most about the encounter was that it seemed like they managed to recognize each other immediately and even hug each other, despite the fact that they had not seen each other since. that they were puppies.

The puppies named Monty and Rosie were born to the same litter of six puppies in June of last year and they have always shown a special bond between them.

Puppies meet on the street and recognize each other

There were six of them, but Monty and Rosie were still together.

The story of the lovely reunion was shared on Twitter by Libby Pincher, where you can see a conversation with her father accompanied by photos that garnered over 900,000 likes. There the man describes what happened as follows:

So Dave was walking his dog, and there was a couple walking up to him with a white version of their dog. It turns out that they are siblings of the same litter. But instead of just playing like they do with other dogs, check this out.

There is a lot of debate about whether dogs can truly remember their litter mates, but without a doubt, many people are convinced that it is possible.

On the other hand, Tufts University explains that dogs of the same breed tend to be more attracted to each other. Additionally, another dog’s scent can linger for a long time, which is why when they meet again, they tend to experience a familiar and comforting aroma. In addition, there is no study yet that shows that the reaction is due to a family connection.

Monty and Rosie’s parents have agreed to meet periodically once government-imposed controls due to the coronavirus are lifted so the siblings can enjoy each other’s company.

We’ll keep in touch. It’s a bit difficult right now, but after all, we’ll have dog walks together.

Monty and Rosie will surely enjoy this time together. The brothers will be very happy to live together as if they had never been separated.