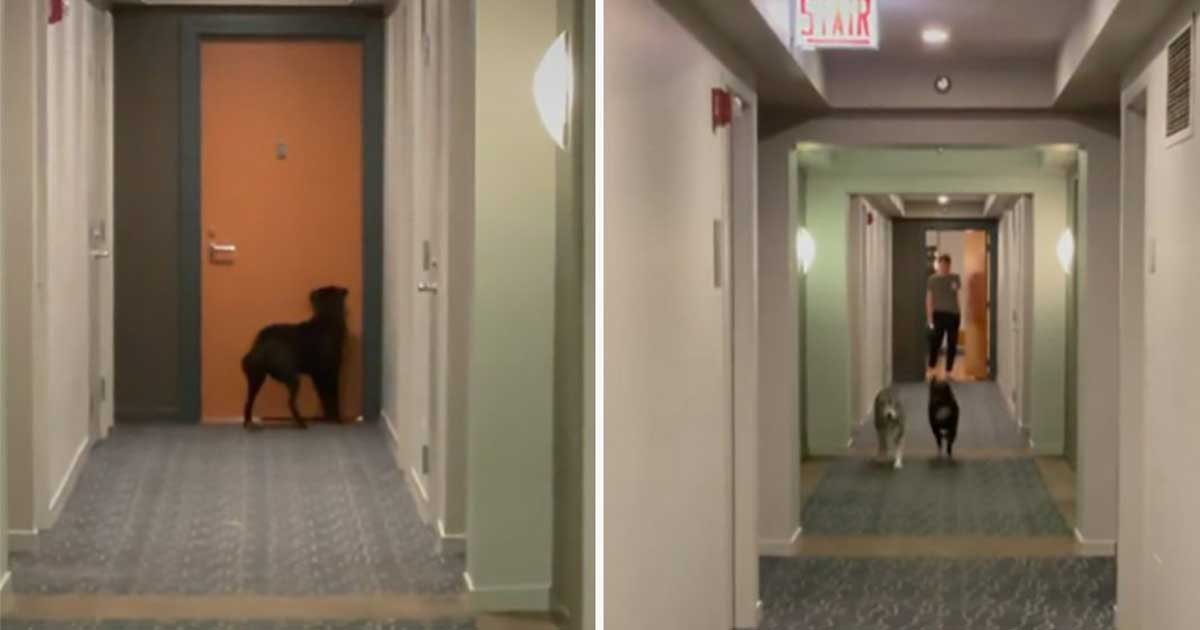 A very friendly dog ​​who lives in an apartment, every day she knocks on the door of her best friend to invite her to have fun

As Shadow and his family were getting ready to go for a walk, they opened the front door, and a dog ran into her apartment without asking permission. The dog was excited to see Shadow, so she decided to invite herself, to enter the house and meet everyone.

On the other hand, Shadow was also happy to meet another dog, and after investigating they found out that her name was Lupa. In addition, she lived in another apartment on the same floor, at the end of the hall, but the most important thing is that this meeting became the beginning of their beautiful friendship.

From that moment on, Shadow and Lupa became best friends and as expected, they have dates every day to play.

Most of the time, Shadow’s mother opens the door and the dog runs down the hall, until she reaches the door of her best friend. While there, she calls Lupa and waits patiently for the door to be opened for her and she can come in to play with her best friend.

Sometimes Lupa herself is the one who opens the door, because she knows the exact moment when her friend calls her from outside.

When they see each other, they go crazy with happiness and start running down the hall, moving from one apartment to the next. His parents are already used to his follies, but the best thing is that the other residents of the building already know the hysterical friendship of the dogs.

Shadow is obsessed with her friendship as well as our vet. Our neighbors are in complete agreement with this (we live in a dog-friendly apartment) and they know that another dog has joined in on the fun.

Literally the best of friends. Behind the scenes of lupas POV as requested 😂 #fyp #dogsofttiktok #adoptdontshop #puppy #neighbors #bestfriends

The couple has created such a special bond that they have managed to unite their two families, and constantly take the two dogs for walks. Now her play dates range from quick, minute-long greetings to long, multi-hour walks with her family.

Sometimes one of the two families takes them to the park and watches them for a few hours while they have fun.

Shadow and Lupa are delighted with their routine and even though they see each other all the time, they still get very excited when they meet.

They both shoot out the other door when we go for a walk.

The two dogs met by chance, but now they are best friends and are not afraid that all their neighbors will find out.

If you want to know more about Shadow, you can follow her through TikTok.