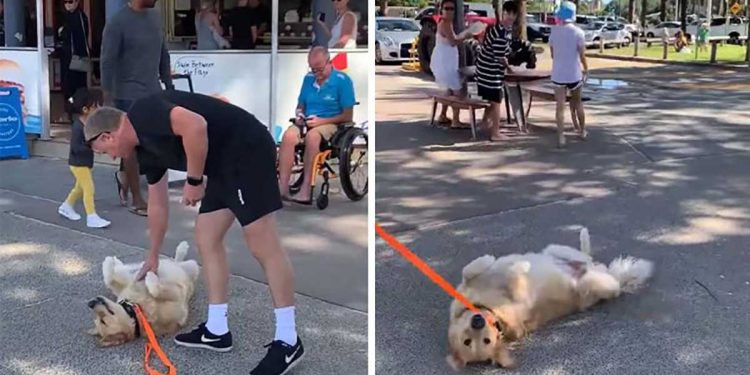 Adorable dog plays dead for not leaving park yet as owner tries to convince him to come home.

Dogs love going to the park, it’s one of their favorite times of the day; The freedom to run and get some fresh air…but, telling them it’s time to go home can be quite a task for some pet parents.

This dog definitely can’t tolerate running out of walking time, so he decides to play dead so he doesn’t leave the park.

Nicola Booth had recently been out for a walk in Queensland, Australia, when she saw a man with his pet named Vincent Booth could hear: the dog was upside down in the middle of the road.

An adorable dog plays dead not to leave the park

This seems to be a tactic Vincent uses when it’s time to leave the park, while Booth watches the dog’s dramatic performance.

The next time you get mad at your dog for walking too slowly, think about that dog owner I met this morning.

This performance seems to have given the adorable Vincent more time in the park, as his owner tried to convince him with treats to continue on his way home, he is a very cunning dog indeed.