Adorable dog plays dead to avoid having to leave the park 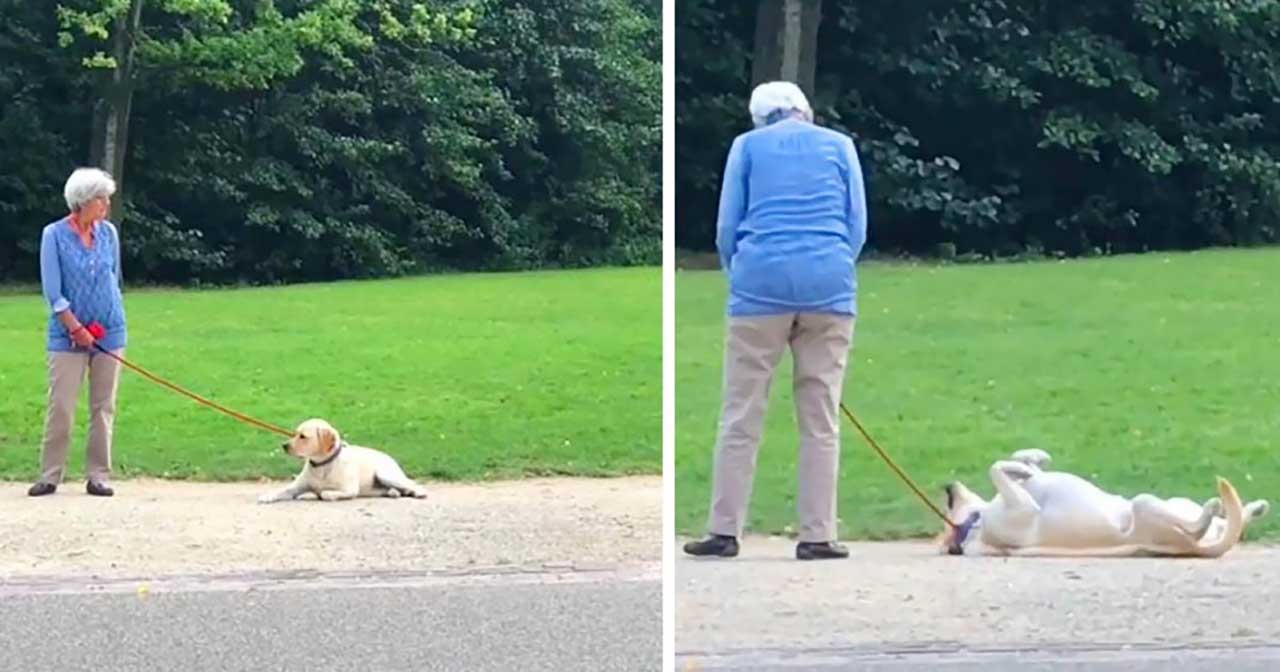 While Max Lukas was having a good time with a group of friends in a park in Amsterdam, he saw someone on the other side who enjoyed the place much more. An adorable dog was playing dead so he wouldn’t have to leave the park, and he really did his best to stay in the place as long as possible.

Max was chatting with some friends, enjoying the outdoors, when they noticed that an older woman on the other side seemed somewhat frustrated. Looking closely, everyone understood why. The woman was in the middle of a small confrontation with her pet, that she did not agree to leave the place.

“At first I thought I was fighting a little boy. But he turned out to be a big dog that refused to walk.”

Apparently, the dog’s mother had decided it was time to go home and leave the park, something her furry companion was not amused by, and she found a rather creative way to delay her return and stay a few more moments in the place.

He decided to play dead, and according to Max, he spent at least 15 minutes trying to prevent his mother from taking him out of the park; a very clever boy.

After a while, without getting her pet to obey her, the woman had no choice but to spend more time in the park with her manipulative partner. The clever dog’s plan had worked, and once he realized that he had won this fight, he happily sat up to play.

Max was really impressed and said:

“The dog finally got away when he let go of the leash, which was a lot of fun. I filmed it because I thought it was something that nobody would believe me if I told them.