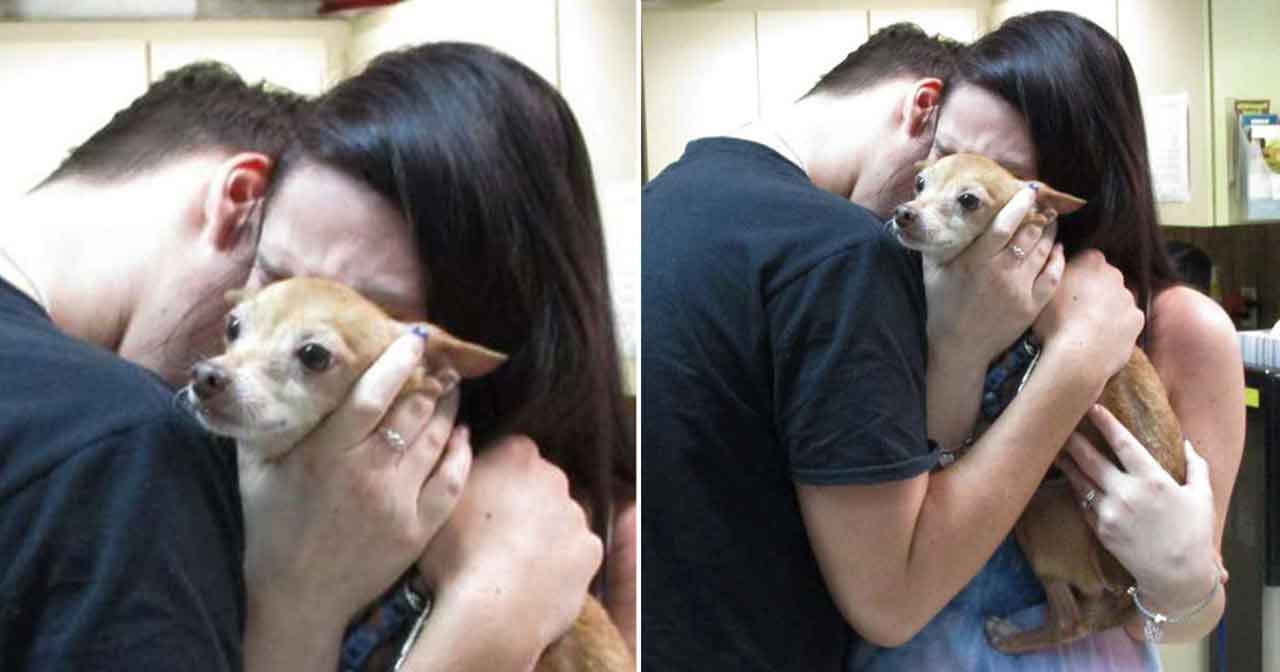 This dog reunites with his family after being lost for 6 years, he cannot stop wagging his tail for the excitement of seeing them again

Reuniting with someone after a long time is a feeling of enormous happiness, especially when you do not have the hope that it can happen. The story of a puppy that roamed the streets of Sumter, Florida (United States) is a clear example that reunions are wonderful.

Fortunately, while the dog was lost in the streets, a kind person passed him and without thinking twice helped him.

The kind-hearted person picked up the little chihuahua and immediately took him to a shelter, to receive the necessary attention.

Beautiful reunion of Alex and his family

He practically launched himself at this boy, as if to say: ‘Help me! Help me! ’I was so happy to see him.

Although very malnourished, dirty, and covered with fleas, the dog always maintained a friendly and positive attitude from the moment he arrived at the shelter. Volunteers noted that the dog may have belonged to a family and was missing, so they started looking for a microchip.

Luckily, they found it, the name of the lost dog appeared, his name is Alex; and also, the information of the name of its former owners. When the shelter volunteers contacted the family, they were amazed at how amazing little Alex’s story was.

His family lived in Naples, Florida, more than 225 miles from where he was found, they had not seen Alex for 6 long years.

Alex had lived with his family since he was 2 months old, he had two human brothers and an older canine brother named Thunder. Thunder was sent to live with Grandma for a while, so Alex made a hole under the fence in his yard and escaped, probably looking for his brother.

Alex’s family did their best to find him, but as time turned into years, their hope faded.

Without a doubt, the call that February night, by YOUR Humane Society SPCA, changed their lives forever. Finally, after so many years apart, it was time for the long-awaited reunion, but they were afraid that Alex would not remember them.

Seeing his family, Alex couldn’t contain the excitement, his tail wagged as he jumped and he ran into his mother’s arms.

Alex couldn’t contain his pure joy at seeing them again. They all stood up, hugging a giddy puppy who regained his identity and his long lost family.

Everyone was crying, including the staff. This is what motivates everyone, because pets are family.

Now Alex is happy to come home, he has reunited with his beloved family and his brother Thunder, they will surely never be separated again.