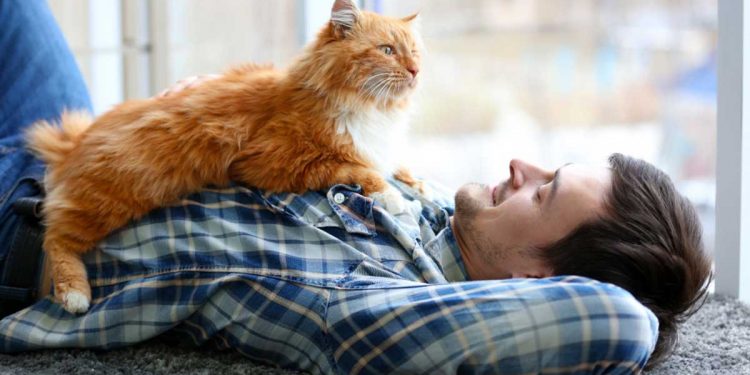 Over time, the character traits of cats become similar to the behavioral traits of their owners. This conclusion was made by scientists from the British University of Lincoln.

At the same time, earlier in the scientific community there was often an opinion that such a copy of personality traits is largely characteristic of dogs.

Excerpts from a Lincoln University Animal Behavior Clinic study published in the Sunday Times on Sunday show that there is little difference between dogs and cats in this regard. Moreover, the human influence on a cat often resembles the bond that forms between parents and children.

For this study, scientists Daniel Mills and Lauren Finca surveyed 3,300 cat owners and found links between their pets’ behavior – their affection, their aggression or how often they sharpened their claws on furniture.

“A link has been established between increased owner neuroticism and a greater likelihood that cats will develop ‘behavioral problems’, manifesting as more aggressive, anxious or fearful behaviors, more painful behaviors in response to stress, more frequent diseases and overweight,” the study said.

So, for example, in owners with acute nervousness, cats behaved the same way more often and tended to be overweight. At the same time, in friendly and calm people, cats easily came into contact and had no problems with being overweight.

Cat experts highly valued the results of the work done by their colleagues. “Being very sensitive creatures, they are very influenced by the people around them. They bond more closely to their owners and influence each other,” commented Danielle Gan-Moore, professor of feline medicine at the University of Edinburgh, on the study.

Previously, in the scientific community there was often an opinion that such a copy of personality traits is more characteristic of dogs. As for cats, it was thought that, being more independent animals, they were not so dependent on the character of their owners.

The experts’ conclusions are presented in Plos One.