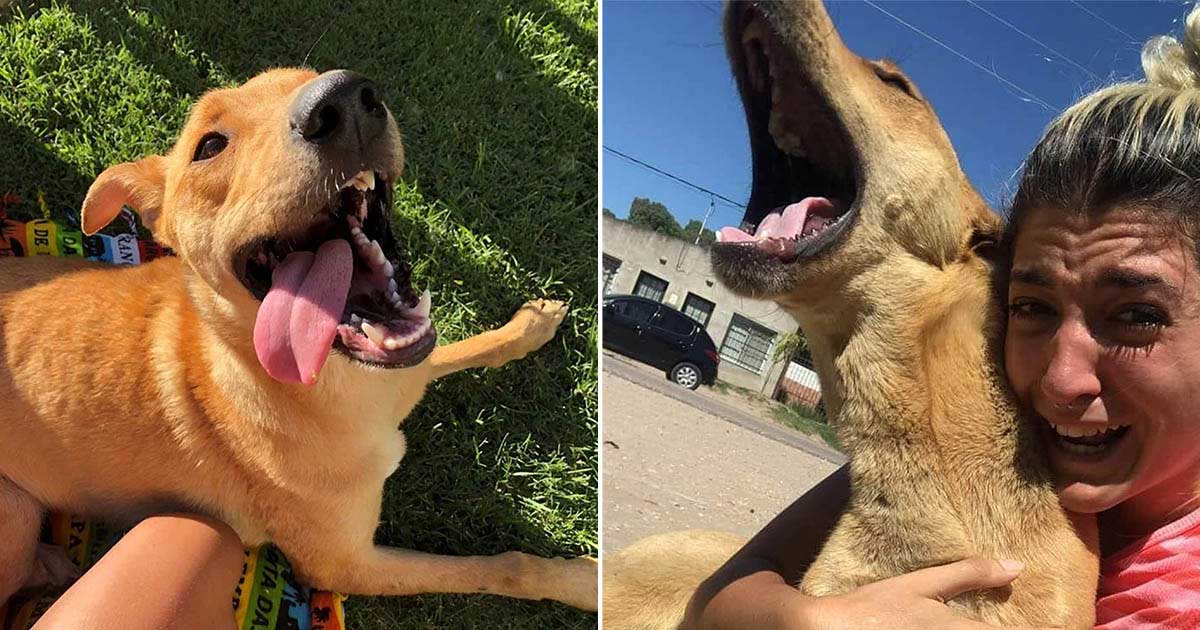 A woman living in Bahía Blanca, Argentina, has an emotional reunion with her best friend after being lost for 3 months

Our dogs become an essential part of the family, for that reason what happens to them affects us a lot, but above all because we love them with all our heart. The nightmare of Sol Salum, a woman living in Bahía Blanca, Argentina, began on October 8, 2020, when she arrived home and did not find her beloved dog named Congo.

Apparently, Congo had run away from home, taking advantage of the fact that some bricklayers who were doing work left the door open.

Workers were fixing the front door, and Congo took advantage of a distraction and ran off at top speed without allowing any reaction.

Emotional reunion between a woman and her dog

It runs very fast, so they couldn’t catch it. When I got home the dog was gone.

The news devastated Sol, especially since Congo’s birthday was just a few days away, although she at that time thought she would find it easy. She began the search for her best friend, and went through all the streets of the city sticking Congolese cartels on every block.

The search plan was underway, she also shared photos on different social networks of her puppy to facilitate her return home.

Soon they started calling from different phone numbers, giving some kind of information, but sometimes it wasn’t what Sol longed for so much.

Basically, all of Bahia was sharing the photo. They called me from all over, some helping, others doing shit.

The woman thought it was all a matter of time, because Congo had a plate hanging with all of her data, in case she got lost. She also had a QR code, that when she put her cell phone, all the data from Sol would appear; the complete information to return home soon.

Unfortunately, the days passed and Sol could not find Congo, what was expected to be only a procedure turned into three long months. And, on January 20 of this year, almost 102 days after Congo’s disappearance, Sol received information about a homeless puppy.

The woman got up normally and began to post the photo of her lost pet, she quickly received a photo of a very similar dog. This was 10 kilometers away and, according to the information, it had been in this place for a week.

Sol was already a little tired of answering calls that did not give good results, however, she decided to go to the place to check it. When she arrived, she pulled over to the side of the road and crossed the street to a forage where the puppy was supposed to be, but no one was there.

The woman was already disappointed, but suddenly a brown dog came out to meet a lady who arrived at that moment, she looked like Congo.

I yelled at him: ‘Congo!’ And she turned around right away … There she just came running, peed all over herself and bit my face.

There was no doubt that it was her lost pet, and the reunion was only full of emotion, hugs, kisses, thanks and a lot of love.

The woman decided to capture the emotional moment in a photograph and uploaded it to different social networks, which quickly moved all internet users. After finding Congo, the woman carried him to her car and they began their journey to her warm home.

In the car he fell asleep. Every so often he woke up scared, but when he saw me, he would go back to sleep. It was a horrible 100 days, but luckily, they ended.

Congo is happy to return to his home, and now he surely does not want to run away or leave his home again.

Every time he goes out for a walk, he prefers to stay close to Sol, and sometimes he gets excited about the garbage bags, but it is on his instinct.

Fortunately, the nightmare for Sol y Congo ended, but it will always remain in the memory of the people who witnessed the story from the beginning.