The English Toy Terrier (Black & Tan) is a small dog of the terrier dog breed, with black fur and sharp fire, pointed and erect ears. These dogs are a bit longer than they are tall. This breed is now considered rare even in its homeland – in England, although it was once widespread there.

Outwardly, the English Toy Terrier is more like a miniature Doberman than the Russian Toy, which has long become popular in our country. These energetic and agile dogs are considered ideal pets and companions.

In the 19th century in England, the nobles carried them in the hunters’ pockets and left them on the ground when it was necessary to let out the foxes or other prey. Terriers fights and betting on how long these dogs would take to kill a number of rats has become popular.

As this breed became more popular and people wanted smaller dogs, there was an intense cross with other breeds, with smaller specimens of the litters being chosen for breeding.

The English Toy Terrier is bred on the basis of the larger Manchester Terriers. These dogs were incredibly popular in Victorian England. Oddly enough, they served people for hunting foxes and burrowing animals, in addition, they participated in rat battles. The dog was sent to the enclosure with the rats, and she had to kill them as quickly as possible. The rat hunt also helped during the plague epidemic.

Later, rat fights were banned, and at the same time, the English Kennel Club was formed, which was the first to organize dog shows, at which the already decorated breed gained even more popularity, but thanks to external data.

By the way, the division into separate breeds of the English and Manchester Terriers happened in 1920. True, then the representatives of the breed were called “miniature black and tan terrier”. The modern name was adopted in 1962.

Later, breeders in the United States and Canada added the blood of Toy Terriers to Manchester Terriers, as the number of Manchester people began to decline sharply. This caused confusion in the names and separation of the two breeds.

Characteristics of the English Toy Terrier

The English Toy Terrier is a miniature-sized dog (the dog grows at the withers up to 25-30 cm, and its weight ranges from 3-5 kg). In fact, there is no exact information about the origin of this breed. It is only known that the progenitor of the English toy terrier is the old English black and tan terrier. This compact dog has a proportional, harmonious physique: slender embossed legs, graceful neck, small head.

The muzzle is narrow, neat. Eyes are beautiful and expressive, almond-shaped, brown. The ears are triangular in shape – large and erect, set high. The coat is short and snug. Color black or dark brown with tan yellow. English differs from the American and Russian toy terriers with a taller body and more developed muscles.

Differences between the English toy terrier and the Russian toy

The English Toy Terrier belongs to miniature breeds – it is larger than the Russian Toy and looks not so much like it as it looks like a more athletic Manchester Terrier. The Russian Toy’s height is 20-28 cm, while the English toy is from 25 to 30 cm, and the weight is up to 4 kg.

This dog, unlike its smaller relative, who has long become just a companion, has not lost its qualities of a hunter and a rat-catcher and can even now successfully participate in fox hunts and destroy rodents.

The build of the English Toy is stronger and more muscular, the skull is flatter than that of the Russian Toy Terrier, and the muzzle is longer and wider. The jaws are stronger, the cheekbones are better defined.

The erect ears of the Russian Toy have the shape of an isosceles triangle, while the English Toy has the shape of a candle flame characteristic of this breed.

The main external differences between these two breeds are the type of wool. If the Russian toy is both short-haired and long-haired, then the English one can only have a smooth-haired type.

Also, if the Russian Toy Terrier can have black, brown, blue, lilac and tan, as well as fawn or red, then for the English Toy, only black and tan is allowed.

Note! English toy terriers are more stress-resistant. They are not characterized by nervousness, excessive barking and breakdowns in behavior, as is sometimes the case with Russian toys.

Personality and character traits of the English toy terrier

This little English Toy Terrier still has a part of the burrow mood. In general, they are affectionate, friendly and totally dedicated to their family.

They will be as happy in the country as in the city and will get along well with older children. They should be socialized with other dogs, cats and children from a very young age.

Nature endowed this doggie with an inquisitive and cheerful disposition. This tiny English Terrier will be delighted with long walks in the park or a cosy public garden. Large physical exertion is contraindicated for this dog, and therefore regular walking and pampering with dog toys should be enough for him.

It is very attached to its owner, and usually distinguishes one person from the family, to which he implicitly submits. But to strangers it is aggressive: it starts to get angry, growl and bark. In addition, relationships with other four-lip gears may also not work out well. Seeing another dog, even a fairly large one, the English toy terrier will certainly try to start a fight with him. For this reason, it is advisable not to let him go on a leash during a walk.

English toy terrier, like other representatives of miniature breeds, may possess the “Napoleon complex.” The dog is convinced of its superiority and does not always evaluate its strength objectively.

Specimens of the breed get along well with children if the kids do not bother them. A perky pet will support games both in the house and in the fresh air. It is very important to explain to the child the rules of behavior with animals so that he does not accidentally injure a pet.

English toy terrier can be quite jealous. It all depends on the nature of the particular dog and its upbringing. But, if the puppy appears in a house where there are already other animals, the likelihood that they will become friends is much higher.

Note! If there are small animals in the house, such as hamsters, guinea pigs or rabbits, it is necessary to limit their communication with the toy terrier, as he may consider them his potential prey.

The breed of English toy terrier can have some health problems, namely:

With good care, an English toy terrier can live 12-13 years.

Dogs of this breed are adapted only to the conditions of a city apartment. They are thermophilic, and therefore can, like a cat, sit on the lap of their master and demand his attention and affection. By the way, representatives of the cat family will take the toy terrier as a competitor (due to almost the same miniature size).

In principle, caring for an English toy terrier is easy. In the cold season, the dog must be worn in a warm jumpsuit, and in the hot season – to limit the dog’s stay in direct sunlight. Particular attention should also be paid to hygiene of the mucous membranes of the eyes and ears, in order to prevent the development of infectious diseases. Combing the dog once a week is enough to remove keratinized skin particles.

The English Toy Terrier is a small energetic dog. It can be accustomed to a diaper, but walks cannot be canceled, twice a day – an obligatory minimum. The dog does not tolerate cold weather, so in winter you should take care of insulated clothing, and walking time can be reduced.

Note! It should also be remembered that a puppy of a rare breed cannot be cheap, but if you really want to buy an English Toy, then it is better not to save on buying a pet.

The English Toy Terrier does not require much exercise: an adult needs about half an hour a day. However, you can take long walks and, even if it seems tricky, you can walk a few kilometers.

Pet dogs have a fast metabolism, which means they burn energy at a very high rate. This means that with such a small stomach, they should eat little but often.

The diet of an adult dog: meat (beef or chicken in any form), cottage cheese (but without milk, you can use kefir), cereals, stewed and raw vegetables, fruits.

You cannot give the dog: sugar and sweets, any bones, baked goods, pork, lamb and any sausages.

Make sure there is clean water in the dog’s reach.

Food should be at room temperature.

You can also feed the English toy terrier with premium dry food for small breeds.

Dogs of the English Toy Terrier breed are smart, but willful. Puppies under 6 months old are difficult to teach even the simplest commands, so future owners will have to be patient

Make the training process like a game, and do not forget about food rewards. In no case should you hit the dog, so you will lose its trust once and for all.

Note! While raising and training the English Toy Terrier, you cannot shout at him and unjustly punish him. The dog will only become more stubborn from this. In addition, this can greatly scare the puppy and even ruin his psyche. 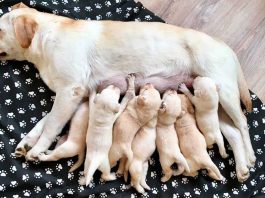 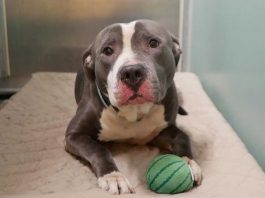