Home News Every day, this Mastiff awaits the school bus with its human sisters 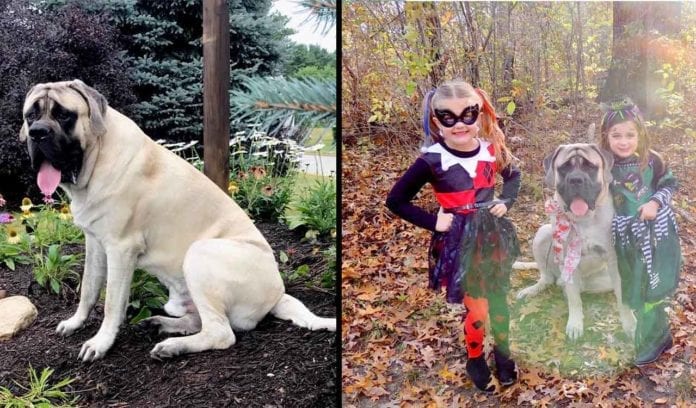 Dogs are known as man’s best friends, but they don’t stop there. They are often fiercely loyal to the smallest members of their family. Once a dog has human brothers, they usually make lifelong ties. They take their role in the family seriously, whether it is the family prankster, the affectionate or the daily awakening. All dogs find their niche in the family regardless of their size!

Gordon, a Mastiff, chose to be a guard dog. He is not specifically the guard dog of the house, but Gordon accompanies his little human sisters every day to the school bus stop.

The video of Gordon waiting at a bus stop with the two little girls and saying goodbye when he went to school went viral.

In the video, this large mastiff waits at the entrance with the two girls for their school bus.

When the bus arrives, Gordon waits for the girls to board the bus, then returns home.

Then in another video, we see Gordon waiting at the bus stop for his little sisters to come home from school.

Gordon is an imposing dog. In the photos, he seems to be a little taller than the girls, so it is not wise for someone to think of approaching them.

According to the dog’s owner, Becky Lynn, Gordon stands a few meters from the entrance every day when his daughters get on the bus.

Gordon takes office seriously while protecting his sisters at the bus stop each morning.

Watch the nice videos below: 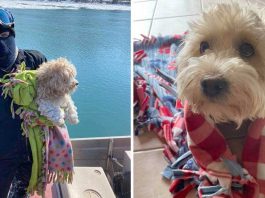 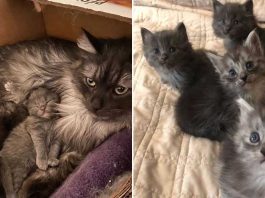 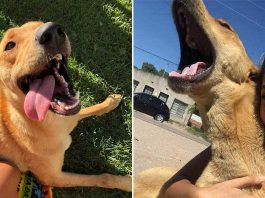