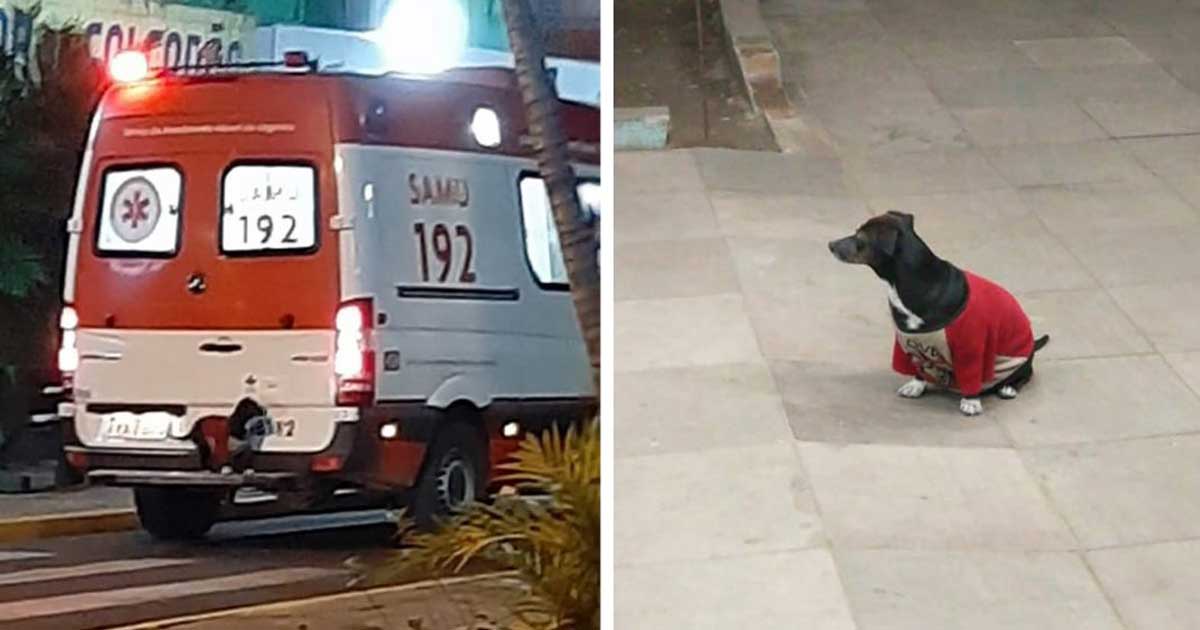 While he was driving his vehicle at night, Anderson Bahi witnessed a very moving scene that he will surely remember forever. The man witnessed a picture of true love; a faithful dog got into an ambulance to accompany his human to the hospital.

Apparently, the dog’s father fell ill shortly after taking his pet for a walk. When rescuers arrived to transport the man to a hospital, the dog did not hesitate for a second and jumped on inside the ambulance.

I was passing in my car when I saw an ambulance stopped on the other side of the road.

Faithful dog gets into the ambulance to be with his owner

Even though he could only witness the scene from afar; something was very evident. The pet loved his human deeply and was not willing to abandon him under any circumstances.

The love that this dog feels for his owner is something very special. A faithful love.

The rescuers also noticed the animal’s reaction to his human and were not indifferent to the situation. Before leaving on the way to the hospital, they opened the doors so that he could enter and accompany his father.

But the story does not end there, the dog continued faithful to his loved one, and as soon as they entered the hospital to provide medical attention to the man, the animal remained motionless on the outskirts of the place patiently waiting for the return of his father.

It wasn’t long before local animal rescuer María Lúcia Muniz learned of the adorable dog’s situation. She lives near the hospital and offered to take him home, fortunately the wait for the dog was not long.

It was very emotional. But thank goodness the owner was only hospitalized for 45 minutes. His family came to take him and his dog home.