A Family Finds Their Missing Dog, Then Realizes It’s An Impostor 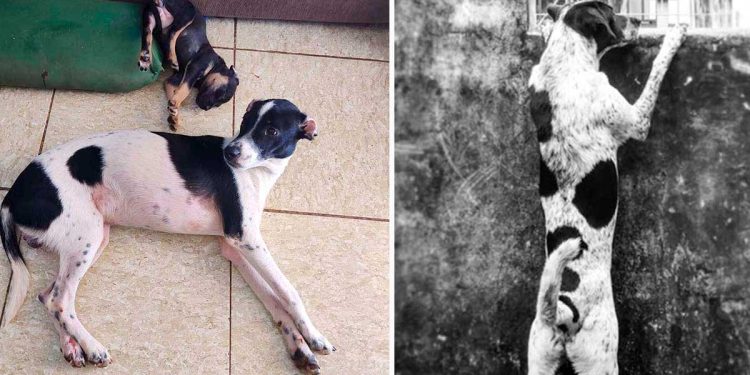 As José Eduardo Millani Ramos was walking through his neighborhood in Brazil with his dog named Ikki, little did he know that his walk would turn into an incredible story full of drama. Normally, on their walks together, Ikki follows his father from a distance, but when José came home that day, he noticed that his little dog was nowhere to be found.

Quickly, the man alerted his family and they decided to immediately go in search of their dog, they also informed their neighbors and acquaintances so that they would be notified if anyone found Ikki in the neighborhood.

I felt bad when he disappeared. I felt like a part of me had been taken away from me. I needed to know what happened to him.

Family finds missing dog, but he was an impostor

After two days without hearing from his beloved dog, José came across a social media post about a lost dog that had been rescued and immediately recognized the telltale spots on Ikki’s fur.

Without hesitation, José drove his car to meet his dog. In addition to being dirtier than the last time she saw him; the dog was in very good health.

I called his name and he ran towards me. He kept licking me.

On the way home they played for a while and the dog seemed to be the same as usual and went through the routines of his house as if nothing had changed. José and his family seemed delighted with the return of their beloved dog.

He kissed me. We played. I felt complete again.

After spending a few days together, the man noticed that some of the spots on his fur did not match the ones he remembered, so he decided to compare them with old photographs and discovered that he had no Ikki at home, which indicated that his real dog was still missing.

The family was shocked, but by then they already had a great affection for the impostor dog they named Paolo. After finding out everything, José resumed his search on the internet and found a post that said that a dog that looked like Ikki had been found, and after looking closely, that dog’s spots matched Ikki’s.

Ikki was finally safe and home with his favorite humans, and the family was now doubly lucky as they decided to adopt Paolo and now have two nearly identical dogs in their home.

We decided to stay with the impostor. Paolo used to be a homeless dog, but now he makes everything more complete. It’s not his fault. He also deserves a home.

When he got his lost dog back, José ended up finding more than he ever imagined.

I’m lucky to have them. It was a mistake that ended very well.