The Tree Of Life: Geneticists Explain The Origin Of Dog Breeds 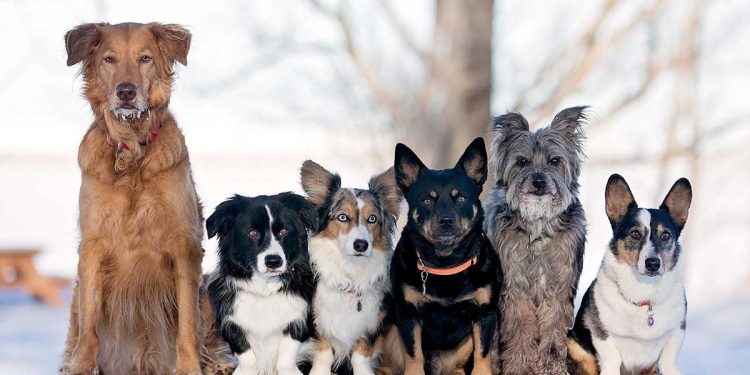 Recently, DNA analyzes from scientific laboratories more and more penetrate our everyday life. And it’s not just about GMOs and paternity tests. Now there are already several companies that offer saliva analysis to find out your ethnicity and predisposition to various diseases. Unsurprisingly, this trend also made its way to pets.

Dogs are – at least outwardly – an amazing example of the diversity of the animal kingdom. It is all the more interesting to study how this diversity appeared, and what features of health it carries. Geneticists Heidi Parker and Elaine Ostrander, as well as their colleagues from the National Research Institute of the Human Genome (USA), found out how dog breeds originated and how closely they are genetically close.

Their goal was to build a kind of “family tree” canis lupus familiaris, better known to us as dogs, and to find out why certain breeds are susceptible to certain diseases. They analyzed the DNA of 1,346 dogs from 161 breeds – an impressive number, but still less than half of all breeds in existence today. By comparing more than 150,000 genome regions in each dog, they built a tree grouping the breeds. It should be noted that these are only interim results, as there are about 190 other dog breeds not included in this study.

Almost all breeds were assigned to one of 23 “branches”. The diagram shows that many breeds are similar not only genetically, but also externally. For example, hounds such as Beagles, Basset Hounds, and Bloodhounds belong to one branch, while dogs that were bred for their strength – Boxers, Bull Terriers, Bulldogs, and even Boston Terriers – belong to another.

In addition to the distribution of rocks by branches, scientists have estimated the approximate time of their origin and geographical origin. Even within one group, for example, herding dogs, there is a significant diversity in the place and time of their appearance. As noted by Heidi Parker, one of the authors of the study, this proves that herding dogs are not such a recent invention of mankind. Humans have used dogs as their workers for thousands of years. At the same time, other breeds, for example, spaniels and pointers, are very close genetically, and their history began relatively recently – in Victorian England.

Another curious result of this work is the identification of exactly what happens at the genetic level when some breeds are used to create others. The pug is a great illustration of this find. It was used to reduce the size of other breeds, and this “tradition” appeared at least in the 16th century. In the genomes of modern dogs of decorative and small breeds, you can see fragments of pug DNA.

This research, in addition to the most important theoretical results, has an unconditional practical application. The predisposition of certain breeds to various diseases was already known, but now, using a genetic test, it is possible to identify such risks for mestizo. Knowing which breeds are “mixed” in the dog, and to which branches on the “dog tree” they belong, doctors will be able to pay special attention to the prevention or diagnosis of diseases inherent in these particular breeds.

Take for example the collie’s eye anomaly, which is inherited. As its name implies, this disease affects mainly “collipose”, that is, shepherd breeds. However, it also occurs in Nova Scotia retrievers. Genetic analysis showed that this breed has either Collie or Sheltie in its ancestors, which passed on such an “unfortunate inheritance” to the retriever family. Such genetic “gifts” are often found only during DNA analysis, because it is far from always possible to externally determine which genes of which breeds were involved in creating a unique “mix” of a particular dog.

For a long time, people have adapted dogs to fit their needs – as hunters, shepherds, guards, and even a means of transportation. There were more and more breeds, but along with the “necessary” character and appearance, human intervention brought “unnecessary” diseases. The debate about the pros and cons of “breed” does not stop, but as long as there are so many breeds, there are also their “professional” diseases. And diseases are known to be better prevented than cured, which is why genetic research is gaining more and more popularity not only in humans, but also in dogs.