Freddy The Biggest Dog In The World 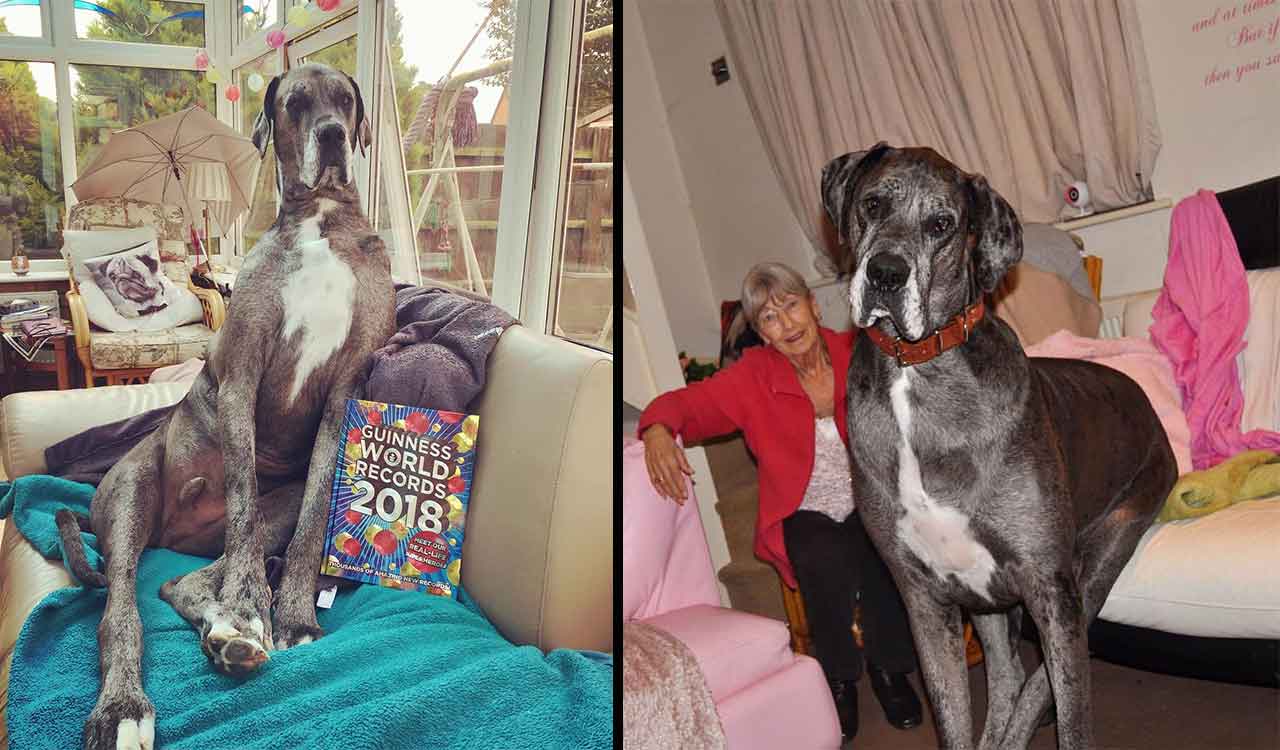 The Great Dane entered the Guinness World Records measuring 1,035 m (3 ft 4.75 in) as the largest dog in the world.

Freddy’s owner Claire Stoneman of Leigh-on-Sea, Essex is entirely dedicated to her pet, which she listed in the Guinness World Records. He also takes care of Freddy’s sister, Fleur. His affection for pets is such that for the 41-year-old woman, it is a priority that he places above, above his love life.

“I have been single for almost four years. But I received petting from the dogs and I don’t have to wash dirty clothes, “Stoneman told the Daily Star Sunday media.

“To me, they’re kids … because I don’t have kids. They need me and it’s very nice to have them,” said the former model, who shares her King bed. Size with Freddy.

However, now she says that she is ready to have a relationship and points out that she can find a man who is not afraid to share a house with a dog of these dimensions.

And with such large dogs (Freddy weighs 89 kilos), the maintenance costs are also enormous: Stoneman spends more than € 14,700 per year to care for the great Danish couple.

Freddy also loves canapes, but due to his size, he demolished 23.

Still on the side of the big dogs registered in the Guinness World Records, there is another great dane, Lizzy.

Lizzy, a black and white great dane from Florida, is the largest living dog (female) on the planet, measuring a whopping 96.41 cm in height.

The gentle giant was measured for the record by professional veterinarians in her hometown of Fort Myers when she was seven years old.