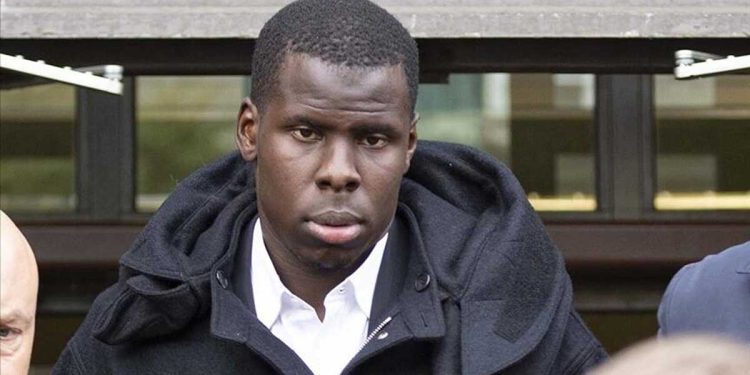 French international defender Kurt Zouma was sentenced in a British court on Wednesday to 180 hours of community service for abusing his cat, after a video that went viral and sparked outrage.

A London court has also banned the 27-year-old West Ham player from owning a cat for five years. Zouma had pleaded guilty to kicking and hitting his pet.

Kurt Zouma has arrived at Thames Magistrates Court for sentencing.

And so too has someone dressed as a cat. 😼 pic.twitter.com/6wwGaGZbli

The video in which he is seen kicking and hitting his cat with his hand was recorded on February 6 and shared on Snapchat by his younger brother Yoan, 24, also a footballer.

During Zouma’s court appearance on May 24, prosecutor Hazel Stevens explained that the acts occurred after the cats damaged a chair and assured that after the video was released there was “an increase in the number of people hitting cats and they posted the images on various social networks”.

The player’s two cats have been entrusted to the animal protection organization RSPCA, which has filed a complaint for Kurt and Yoan Zouma to be prosecuted.

West Ham did not suspend the player and even played him in a game the night the matter was discovered, sparking outrage.

The player was eventually fined the highest possible amount of nearly 300,000 euros ($321,000) by his club and sportswear manufacturer Adidas broke a sponsorship deal with him.

West Ham assured that, according to the information available to the club, the cats “did not suffer any physical injury”. He later assured that the economic penalty imposed on the player had been donated to animal welfare organisations. AFP