Golden Retriever Is Afraid Of Escalators, So Dad Helps Him 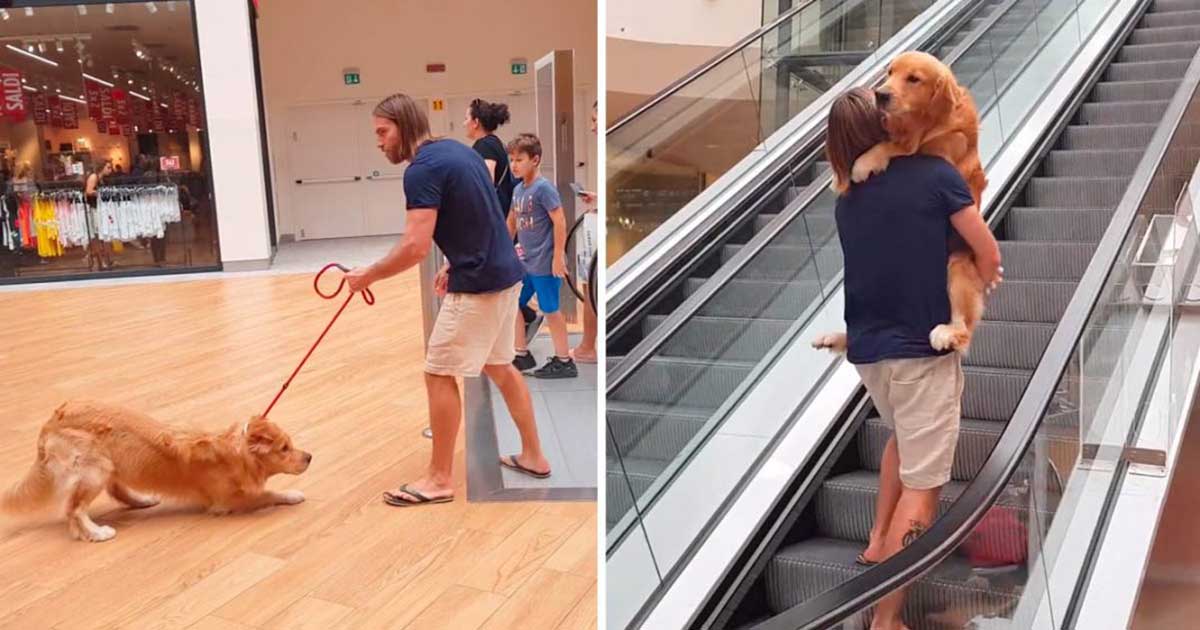 Some people feel a little fearful when going up an escalator; This is because they feel like the ladder is moving too fast or they just don’t understand its functionality. Apparently, this fear is not unique to humans.

A funny video recorded of the moment a man faces a big dilemma when his golden retriever refuses to go up the escalator; luckily, he manages to come up with a quick and fun solution to the problem.

Once the funny dog ​​named Google saw the stairs, he let his dad know he wasn’t going up them at all, and as his parents walked over to the electrical device, the dog pulled hard on his leash.

While he was very close to the dreaded ladder, Google dropped his body to the ground to indicate that he would not climb it. But his father didn’t seem to care at all about the situation, and in fact he knew how to handle everything perfectly.

The man lifted Google up the escalator in his arms. And although the dog still seemed to have fear in his eyes as he climbed into his arms, the people around him were smiling at the sweet scene.

His mother shared the curious moment on the internet, and now Google has over 132,000 followers on his Instagram account, where his parents often post updates on the life of the adorable golden boy.

According to an Inside Edition article, Google’s fear of stairs is not unfounded, it is truly instinctive. Apparently, many dogs suffered leg or tail injuries when they got caught in the ladder mechanism.

This is because not all dogs know what to do when using an escalator. Even vets recommend that parents of pets carry them in their arms when using this device, just like Google’s dad did.

You can enjoy funny photos and videos of the lovely dog ​​by visiting his personal Instagram account.