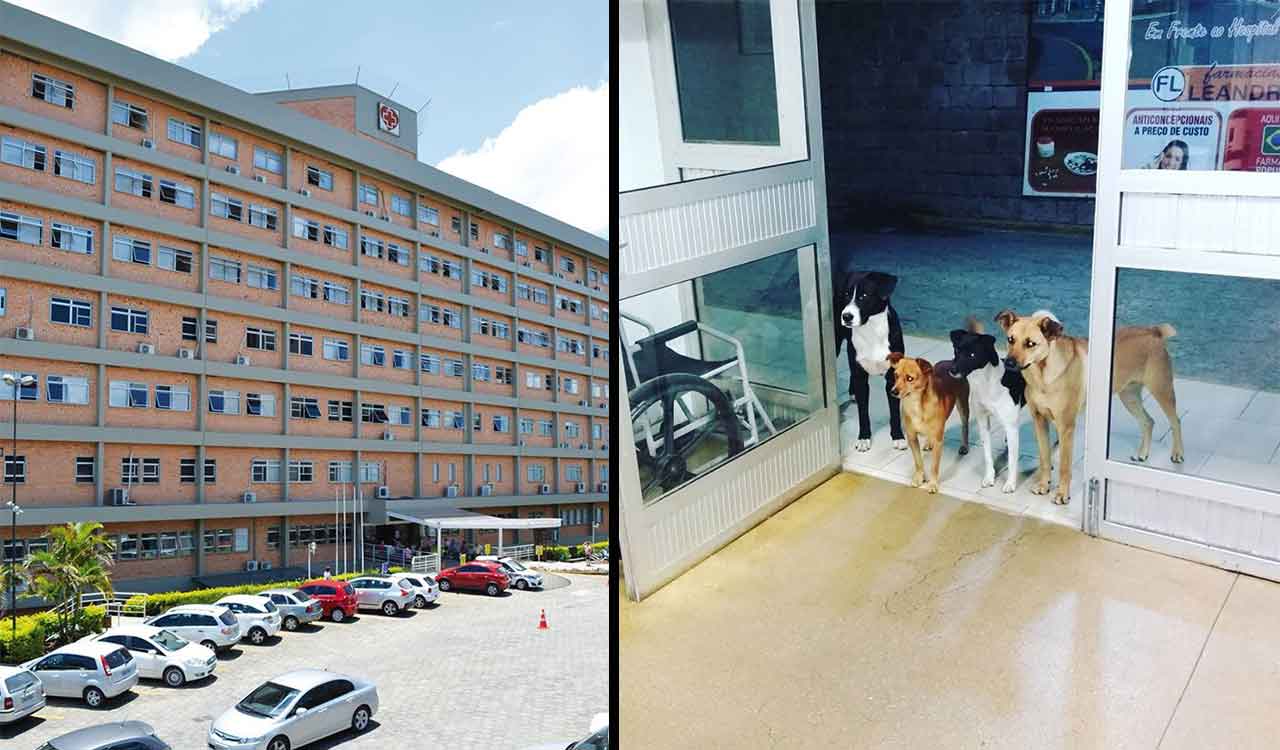 There is a homeless person in Rio do Sul, in southern Brazil, who often sacrifices his own food to feed stray dogs. At a time when he suddenly needed emergency treatment, his kindness came back to him like a boomerang, because the faithful dogs he fed assured him that he was not alone in his moment of need.

The incredible loyalty of stray dogs was noticed by nurse Cris Mamprim and his colleagues shortly after the homeless man, known only as Cesar, arrived in the emergency room of the Alto Vale regional hospital. in Rio do Sul, Brazil, to seek treatment and medication for a preexisting health problem with which he was suffering.

It was the first time that Cesar went to the Alto Vale regional hospital for treatment, since he usually goes to another health center in the city. Consequently, Cris and his colleagues had no idea of ​​Cesar’s condition or his history.

But it didn’t take long for them to realize that he had a flock of dogs accompanying him.

Four worried stray dogs showed up at the hospital entrance and waited for him.

They were so worried about their homeless master, that the nurses soon learned that he had given up his own meals for a while to feed these stray dogs.

Cris took a picture of the moving scene and then posted it on Facebook, writing, “I found this scene today. At the hospital where I work, at 3 am, while his owner (who lives on the street) was being treated, his companions were waiting at the door ”.

“A simple person, without luxury, who depends on aid to overcome hunger, cold, pain, the evils of the world, has the best companions by his side and sharing is reciprocal.”

“An exchange of love, affection, warmth and understanding. Someone who admitted to having stopped eating to feed them, ”continued Cris.

The faithful dogs impatiently awaited the return of Cesar. Fortunately, the animals met their owner soon after.

Unwilling to be separated from Cesar and his companions, the staff let the dogs in after giving the man the medicine he needed. They even offered food to Cesar.

“Trust me, he ate a little and kept a little to give to the dogs later,” said Cris.

An hour later, Cesar left the hospital with the four dogs behind, wagging his tail happily.

“I don’t know what his life is like or why he’s on the street, but I admire the respect and love he has for his little animals,” said Cris. “To see them like that, to wait at the door, shows how much they are cared for and loved. Oh, if everyone was like that … if there was no harm, abuse. “

Although Cesar has few material possessions and probably has no relatives to turn to, he is never alone because he has a warm and loving heart.