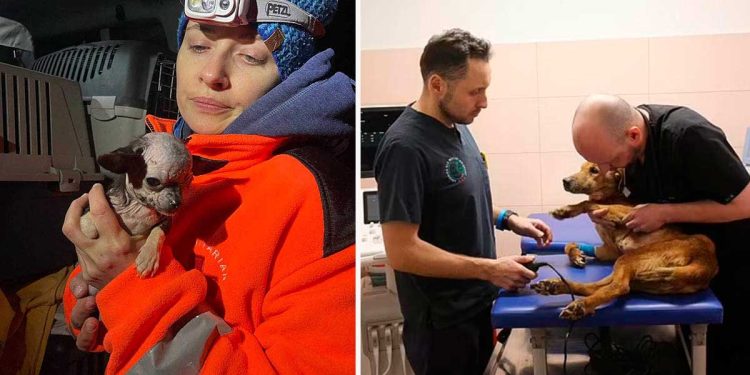 This heroic vet risks his life every day to save animals caught in the middle of armed conflict in Ukraine.

Konrad Kuzminski is one of the few Polish veterinarians to risk their lives to save sick and starving animals in Ukraine. This man has saved dozens of cats, dogs, rabbits and even a chameleon, amid constant and frightening Russian bombardment.

The Dolnośląski Inspektorat Ochrony Zwierząt DIOZ (animal charity) has received an incessant number of calls about injured pets since the beginning of the shelling.

Konrad is risking his life driving an ambulance he crosses the border with every day, to help as many animals as possible in the affected areas of Ukraine.

Veterinarian risks his life to save animals in Ukraine

There has been a lot of fake news and unsubstantiated stories that Ukrainians are killing stray animals, it’s just not correct. We have been involved in many rescue missions there, rescuing animals we were told about or taken to shelters.

Many of these animals are in poor condition, sick, starving or have broken limbs. The team of veterinarians collect all the animals they find and transport them to the rescue center in Poland.

Pets during a war are not as big a problem as the military, and in this case it was mostly Russian troops and their tanks that caused this problem.

Some of the dogs and animals we receive are so weak and malnourished that we can’t do anything for them, it’s very distressing.

Some of the animals that receive successful treatment are transferred to loving homes, but some people have asked that their pets be kept safe until the conflict is over and can return to their side.