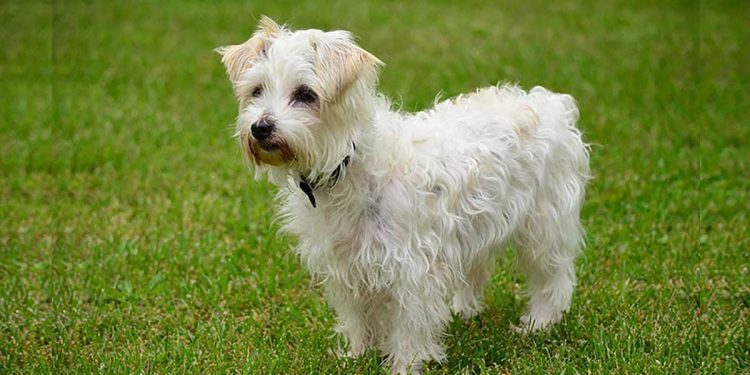 The Jack-A-Poo is a hybrid dog breed. It emerged as a result of the crossing of Jack Russell Terrier and Poodle breeds. Therefore, although it is small and medium in size, it is mostly small in size. It has many names: Poojack, Jack poo and Jack-A-Poodle etc.

We have said that they are a mix of many races. For this reason, we can see Jack-A-Poo dogs that are sometimes distinctly different from each other. It is a small and rather small dog. They are generally similar to Jack Terriers.

It has medium length hair. Their feathers can be hard or soft. This is completely changing. It can also be wavy or curly.

His eyes are beady and black. Their ears are slightly erect and their tips are curved. He has a jet-black nose. We can say that he has a beard and bushy eyebrows. The long hairs on the paws and feet may look like they have legs. While their feathers are usually white, they can be of different colors, especially around the ears and eyes.

The most distinctive feature of Jack-A-Poo will be its excited and active nature. This moving structure made him a very good player. They love to play games and can play the game of fetch the ball for hours. As you can see from here, we have a little paw friend who wants many balls.

He is quite good-natured and calm during the rest of his energy, which he throws away by playing games. They are attached to their owners. Therefore, they may be sadly waiting for you after being alone for a long time. Because of this, they can be a little noisy. They don’t hesitate to bark. When they are excited, they also bark during the game. However, this will not be a problem for the apartment.

It should be socialized and trained from a young age. This is because they can sometimes engage in stubborn behaviors and attitudes. Although they are small in stature, they can sometimes be overconfident. It will be very important for the communication between you later on.

They will be good with children, but care should be taken in any case, as their sizes are close to each other. They are loyal, loving and enjoy participating in any activity.

Jack-A-Poo with Children and Other Animals

It is an ideal dog for those who want to own a dog for the first time. Because these dogs, which are suitable for families with children, are very good with children. If they are socialized at a young age, they will not have aggressive attitudes towards other animals when they grow up. If you have adopted an adult Jack-A-Poo, you can overcome these behaviors with dog trainers. Because of their instinct to chase, they will want to chase cats that run away from them. That’s why you need to check the leash well when you go for a walk.

This intelligent breed is easy to train when trained by a tactile trainer who has perfect control over them, preventing them from being the masters. He can understand tricks or commands with great efficiency. Proper socialization and obedience training will help them get along well with strangers. The chewing habit of Jack-A-Poo puppies must be corrected to prevent further destruction. Incorporating rewards or incentives in the form of food will help boost their energy, making them respond well to training.

Due to their active nature, Jack-A-Poo dogs require a sufficient amount of daily exercise to be healthy both physically and mentally. While suitable for a home with a large yard, they can do well in an apartment as long as they are exercised well. They love to walk and should be taken for a long walk daily. Giving them enough space to run and play will help channel their high energy levels in a positive way.

These lesser shedders need minimal care. Their coats appear to tangle easily, so weekly combing with a firm plastic brush will prevent them from getting tangled. If they acquire the Poodle’s dense, curly coat, it is necessary to clip them using a dog or pet clip. Cutting Jack-A-Poo’s fur is necessary when it grows especially over the eyes. Bathe as needed and check your ears occasionally to prevent infections of any kind.

The Jack-A-Poo dog breed is not known to suffer from any genetic disorders or serious health issues. However, they are caused by certain skin conditions and other common problems that most dogs have.

The reason we can’t say anything definite about his origin is because he comes from many mixed races. We can say that it comes from the 1800s England Jack Terrier. Also known as a design dog. In the final form of the breed, the producers worked to show the characteristics of the breeds they bred.

Due to the mixed breed, it was not accepted by the Dog Clubs because its roots were already accepted in the clubs as a breed. The Jack-A-Poo dog breed was accepted into the sportive breed category in 1887.