A Family Feeds A Stray Cat, And He Returns with His Whole Family 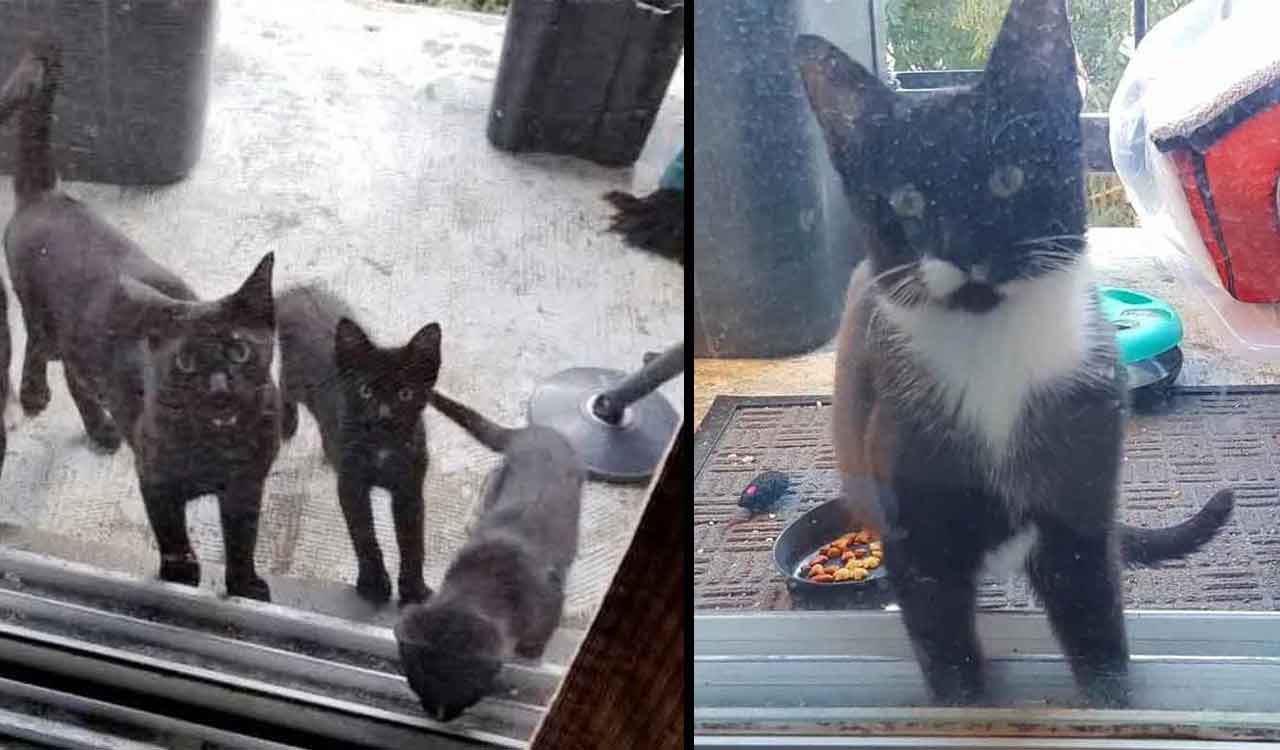 Anyone would think that solidarity is only a matter of humans, but they are wrong. Day after day, there are stories of dogs or cats sharing their food or bringing it to their young. In this story, something similar happened.

A Canadian couple fed and helped a street kitten. That same day, later, a group of cats appeared at their door. The cat had brought her whole family.

Kurtis and Melanie live in Montreal (Canada) and generally feed and help the kittens who live in their neighborhood. Over time, they have created a kind of refuge in their yard, where the animals come to eat and be petted.

One day, they fed a stray cat who came to their door, she ate and disappeared instantly.

It turns out that the cat they had fed was not alone, she was the mother of 4 hungry and affectionate little kittens, who all came to the door of their house.

They were happy in the yard of the Canadian couple, jumping, eating and playing. Their mother was apparently also more relaxed, she understood that Kurtis and Melanie just wanted to help them.

But not only were food and love provided for them, as there are also mini houses for them to live in, they were even more delighted.

Since they could not keep them, the couple decided to find them a beautiful adoptive home. While they were fed, cared for and accustomed to human affection, they worked to give them a human family. So two of them left, adopted by their neighbors, but the others were inseparable.

When Kurtis and Mélanie opened their doors, the two little cats entered and were ready to be petted.

But unfortunately, there were already other cats at home, so Kurtis contacted the organization Chatons Orphelins Montréal, which decided to help with the adoption of the young.

“The two kittens are very nice and adorable. They are very lucky and have been well taken care of ”. Said the organization.

In honor of their rescuers, they decided to name them Kurt and Mel.

They’ve been to the vet a few times already and they are the sweetest thing you will see today, inseparable and loving brothers.

The mother continues to roam the street, although they have tried to capture and sterilize her, so far this has been impossible.