Leonardo Dicaprio Jumped Into A Frozen Lake To Save His Dogs 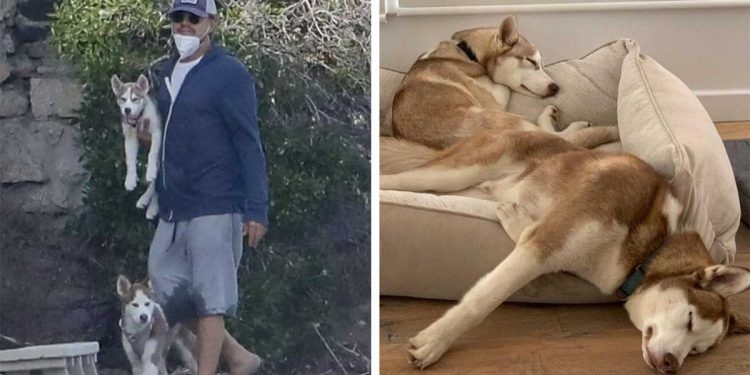 In an interview, Leonardo DiCaprio told how he had to jump into a frozen lake to save his two dogs, Jack and Jill. Here the details.

Just like in Titanic, Leonardo DiCaprio had to jump into freezing waters, but this time not to save Rose, but to save his two dogs, who jumped into a frozen lake.

Leonardo DiCaprio jumped into a frozen lake to save his dogs

During an episode of Entertainment Weekly’s Around the Table, Leonardo DiCaprio revealed that while filming “Don’t Look Up,” he had to jump into freezing water to save his two Husky dogs. “They both fell into a frozen lake, basically,” DiCaprio said of his two dogs, named Jack and Jill. “I didn’t understand what they were doing on a frozen lake,” he added.

Jennifer Lawrence, who also stars in the film, interrupted DiCaprio to help tell the story. “One of the dogs fell and [Leonardo DiCaprio] jumped into the frozen lake to save the dog,” the actress said. “As soon as he pushed one dog out of the lake, the other jumped out,” Lawrence added.

“Well, the other one started licking the drowning one, and then we were all in the frozen lake together,” DiCaprio added. The Oscar-winning actor said his dogs “didn’t understand the concept of a frozen lake” because they live in California.

“I’m sure you’re all wondering, me too, he [Leo] immediately undressed in the car [to save the dog],” Jennifer Lawrence joked.

DiCaprio and his girlfriend, model Camila Morrone, rescued the Huskies together in 2020. They also share a third Husky named Sally.

This isn’t the first time DiCaprio has taken the risk of saving someone.

It’s not the first time DiCaprio has heroically jumped into the water to save a life, as in 2019 the ‘Wolf of Wall Street’ star rescued a man who had fallen overboard from a yacht in St. Barth. “Leonardo had a stunning role in his own Hollywood film,” a source told London newspaper The Sun at the time.