This ‘Balcony Dog’ Has Become A Local Attraction For Tourists 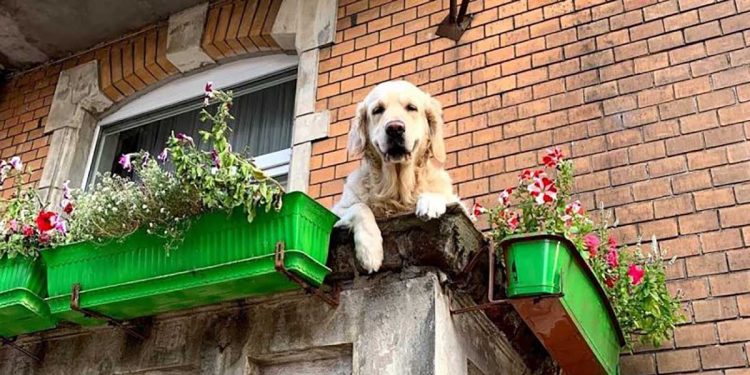 A dog known as ‘Little Balcony Dog’ has become one of Poland’s most popular tourist attractions.

The cities of the world are full of tourist attractions or beautiful places to visit, such as: museums, historical architecture, popular shops; among other things. However, there is one Polish city that stands out for having a dog on a balcony, which has become a worldwide attraction.

Although there are several dogs considered a local attraction, such as the statue of Hachiko, located at Shibuya station in Japan, this dog named Milka, 7, from the city of Gdansk gets all the attention.

This adorable golden retriever managed to captivate all locals and visitors alike with his charming welcome and smile.

The balcony dog ​​is a tourist attraction

Gdansk is one of the most visited cities in Poland by tourists, but they always do it to see the historical sites or its beautiful beaches. But lately, tourists may have a different opinion, as their plans include visiting a place known as “Słodki pies na balkonie” (cute dog on the balcony).

This new tourist place has gained popularity thanks to Milka, because she is the hostess and owner of the beautiful balcony.

Milka lives on the corner of Politechniczna and Bohaterów Getta Warszawskiego streets in the city of Gdansk, and it seems that she is in charge of greeting everyone. Since then, the dog has always been on the balcony of his house greeting all the locals and tourists who pass by.

People were moved by their kindness, making Milka a must-see tourist attraction. Its fame has been such in recent days that it has been rated five stars on Google Maps and on a Polish website.

On the website, Top-Rated, the beautiful little dog on the balcony ranks first among all tourist attractions in the Polish city. Milka has so many fans that her Facebook account already has more than 7,500 followers who enjoy her balcony photos.

Unfortunately, this sweet tourist attraction was recently removed from Google Maps as it was not considered an official city attraction. However, Milka managed to have higher ratings than the most visited places in the world like the Louvre Museum, Tal Mahal and the Statue of Liberty.

Luckily, a Twitter user was able to share the Google page before it was taken down, where it showed the dog’s exact location.

Many people are saddened by Milka’s absence from the list, but her story continues to spread around the world.

Milka will continue to receive locals and foreigners from her balcony, ensuring that they take home a good image of her city.