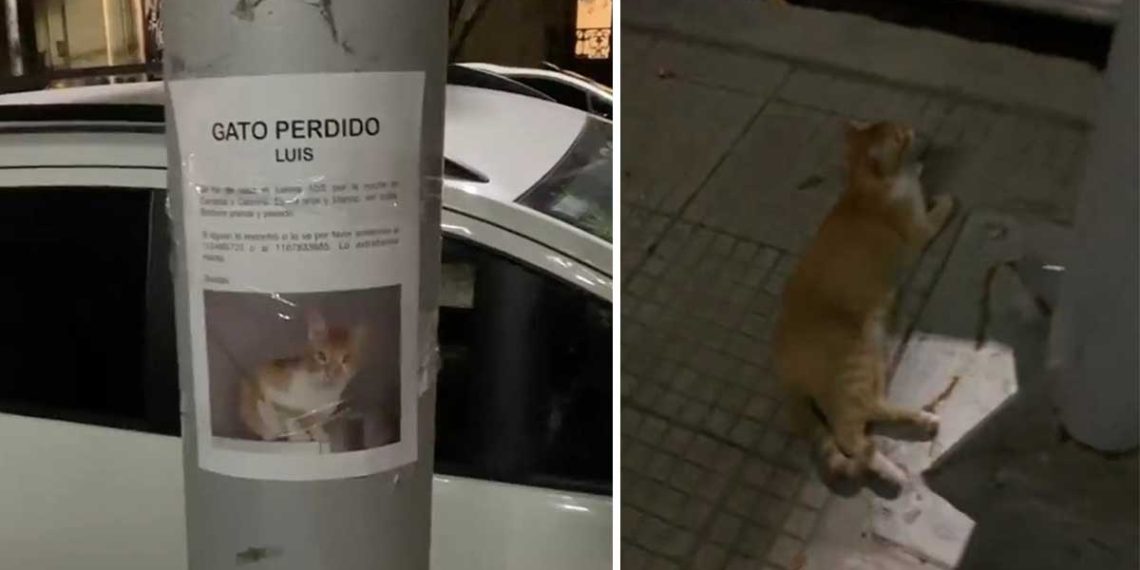 Luis is the name of a cat that was lost at its owners’ premises. The concerned adoptive parents posted photos on the networks and also put-up posters in the streets with images alluding to their beloved kitty.

Thanks to these actions, a user of the social network Twitter was able to visualize the lying cat in a special way. It turns out that he slept under a poster where it is mentioned that Luis had disappeared. It was like he thought that was the way to go home.

Most cats are not found after some time. But in the case of Luis, what is impressive is that despite the fact that hopes were more than lost, the feline seemed to regret having left the house.

Camila Castoldi is the name of the Argentine who met Luis and recorded a short video to send to his concerned adoptive parents. “Luis, it seems to me friend that you wanted to be found. He wanted them to find him!”, says Camila in her video.

Camila is a very observant woman and she showed no indifference to this beautiful cat and the corresponding posters. Maybe another person with a different way of being wouldn’t have noticed this situation.

I said, ‘Hi, Luis! Then I called his family. The family came running, thanked me and pampered him.

From that moment, Camila, Luis and the adoptive parents have a very dynamic friendship relationship. Personal photos are exchanged between them, which include moments next to the particular feline. Camila not only did a good deed, but also made unconditional friends.