Lynea Lattanzio, The Woman With A Thousand Cats

It all started with a few kittens. But nearly 25 years later, a California woman has transformed her 4,000 square foot (371 square meter) home into what is believed to be the largest adoption center and cage-free cat shelter in the United States. . 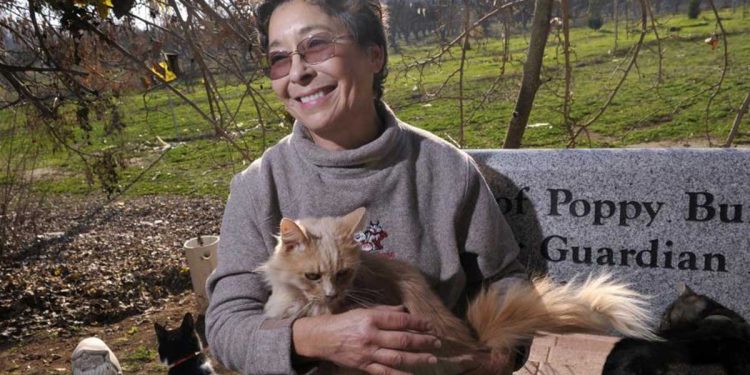 An estimated 24,000 cats have been rescued thanks to the shelter, which normally houses around 1,000 cats. Lynea Lattanzio opened the Cat House after discovering that many nearby centers euthanize unadopted cats.

When she started welcoming more feral and stray cats into her home, she moved into a trailer on her 12-acre property.

Lattanzio spent his entire pension fund on his project, which is also funded by donations.

“If I didn’t have to deal with humans and all their drama in life, I would be perfectly content with dealing with cats,” she said.

Now she has hired staff and a team of volunteers who help keep the house clean and feed the cats. The shelter also employs veterinarians who ensure that the animals are healthy, neutered and neutered. Felines consume about 1,000 cans of cat food per week.

Those looking for furry companionship can head to the center and pamper the kittens on adoption days.

A cat-proof fence keeps predators out, and cat flaps let them reign as they please inside the home.

“They have the house. They have 12 acres. They can climb a tree. They can sit outside in the sun,” says Lattanzio. “It gives animals a reason to live rather than a life in a cage just because no one wants them.”

Excerpt from the interview with Lovely Dogs

How many cats now?

This woman, who is about 77 years old and lives in the city of Palier (USA), has a total of 1,100 cats in her house at the same time. He has devoted much of his life to caring for animals, although he particularly loves cats.

It was in 1992 that she decided to turn it into a shelter to take care of all the abandoned cats she found on the street. In addition to the cats, she also has a small group of dogs and goats that had also been abandoned.

What is the name of the shelter?

It is named after The Cat House on the Kings which literally translates to “The House of the Cat on the Kings”. One of her policies is not to kill animals, so the animals she has under her domain are not euthanized.

Lattanzio with a lot of humor claims that she is on the list of “women crazy about cats” and in great honor.